Cathy Cambridge’s Best Coats of All Time, Part One Why? Because Mrs. Cathy has a LOT of coats, that’s why. And also because we’re bored. And also because we already listed her best gowns, best sporty casual looks and best day dresses, parts one and two. We once called her the “Cinderella of Coats” and in compiling this list (and weeding out three dozen or so other options), we kept returning to that phrase. This is one Duchess who knows her way around some fabulous outerwear. In no particular order … 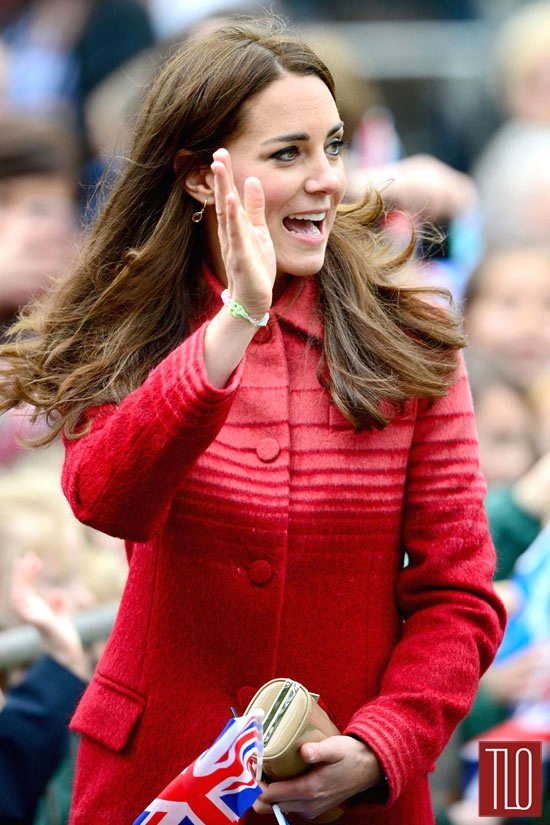 A boldly graphic pink-and-red combo, all of which is slightly unusual for her. It’s a real eye-catcher of a coat. She’s got a million of these military-style coats, but topping this one off with a whimsical scarf was a fun touch. A gorgeous wine red color and a slightly sassy faux fur collar make this one stand out. A fabulous iteration of her favorite style: the coat dress. Also: pay attention to the correlation of hat-wearing and date. She suddenly got much better at it right around 2018 or so, from what we can tell. A surprising twist of a choice! We don’t know; we just liked it for not being blue or military-inspired. The hat’s not great, though. This was her best military-inspired look ever. Again: not so great on the hat choice, though. For years, they tended to sit too high and be paired with hairstyles that didn’t quite go. The soft pink looks fantastic on her and the pearl buttons take it somewhere chic. The hat is just bad. She doesn’t do it often enough for our tastes, but Cathy actually does have a pretty well-developed sense of drama in her dressing. For her Scandinavian trip, she broke out a slightly uncharacteristic fur turban and we are duty-bound to love it. This Christmas service coat may be one of the most famous of her outerwear looks, if only for the viral pictures that circulated, showing the Sussexes and Cambridges together. Love the plaid on her. We kept coming back to this one. Sure, it’s a pretty plain navy blue coat from a Duchess who seems to have an endless supply of blue coats, but the brooch and the wide-brimmed hat are stylish additions and this might be the best of her maternity coats.