Why? You know why. Let’s go waste some time and brain cell, kittens! The picks on this list fall into two categories: stately, conservative royal looks and looks that show a little sass, personality and modernity. This falls into the latter category. The bust is a bit flattening in effect, but the soft pinks are a notably unusual choice for the Duchess.

9. Erdem for the Women in Hedge Funds Gala Dinner, October 2015 Bold! Sassy! Brilliantly colored and patterned! All the things we wish she’d do more! Mrs. Cathy loves herself some neutral eleganza and while we’ll always be partial to the bolder looks, she really nailed it with this one.

7. Erdem for the British Embassy Dinner in Sweden, January 2018 Controversy on the list! We will go so far as to admit that this print is borderline garish and might even be considered a bit ugly, but again, we love her best when she’s stepping outside her comfort zone. But like we said, sometimes the Royal Drag is just too good with her. This is somewhat plain, but it’s pure Disney fantasy. More controversy! We recall many a kitten hating this one, but to us it look like pure “Queen Elizabeth circa 1955.” 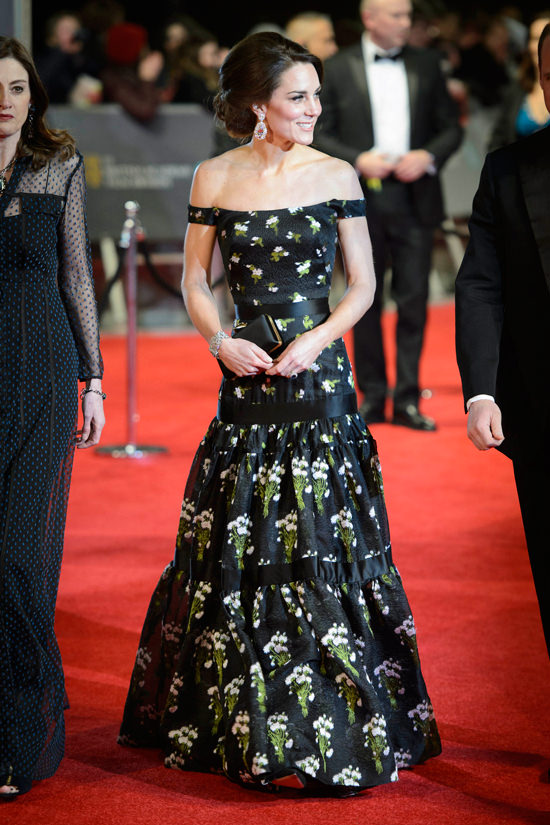 Outside of funerals and memorials, she rarely wears black – even more rare than her use of prints, which make this boldly dramatic McQueen a standout.

2. Jenny Packham for a State Dinner during the royal tour of Pakistan, October 2019 One thing she’s really good at that she only deploys sporadically: Pure Royal Glam. To us, this is the epitome of Cathy Cambridge style. It’s royal, it’s glam, it’s elegant, and it’s just a touch modern.

Now, remember! The entire point of these lists is to piss you off and generate “I CAN’T BELIEVE YOU DIDN’T INCLUDE” outraged responses, so get to it, darlings!