In the leadup to the release of West Side Story, Ariana DeBose was pulling out some flashy looks for her various promotional duties. We can’t say we loved all of them, but we also don’t think she was wrong to go for a little flash given the buzz and the character. When the critical acclaim and buzz started building around her, she switched to looks that were a little more conventional but no less dazzling. And now that the nominations have started, we’re sensing a distinct shift toward more serious and low-key looks. 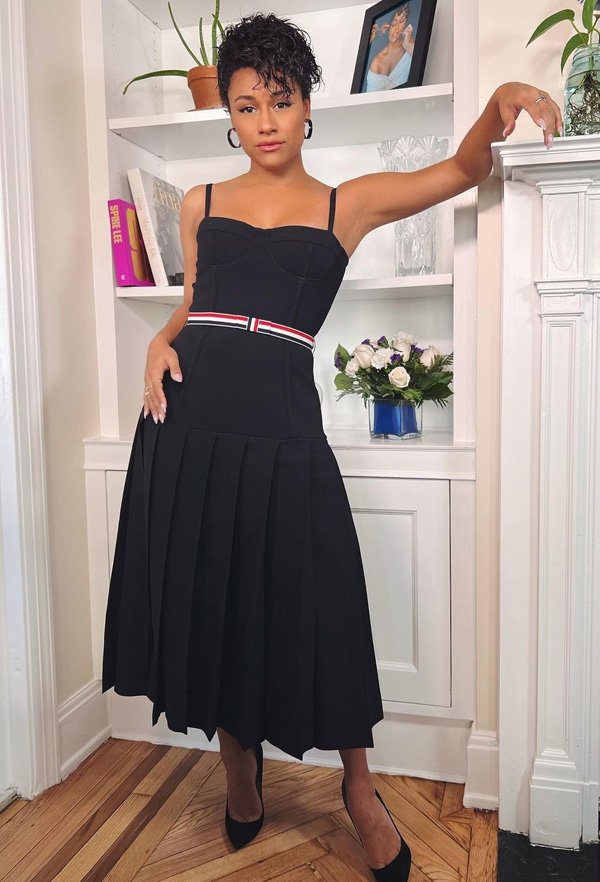 Super-cute dress, gorgeous hair and makeup. While the shoes may be a bit too conventional for our tastes, they coordinate perfectly with the look. It’s almost an Anita dress, but with a more serious, more modern feel to it.