Counting Down The 20 BEST Celebrity Style Looks of 2021: PART TWO 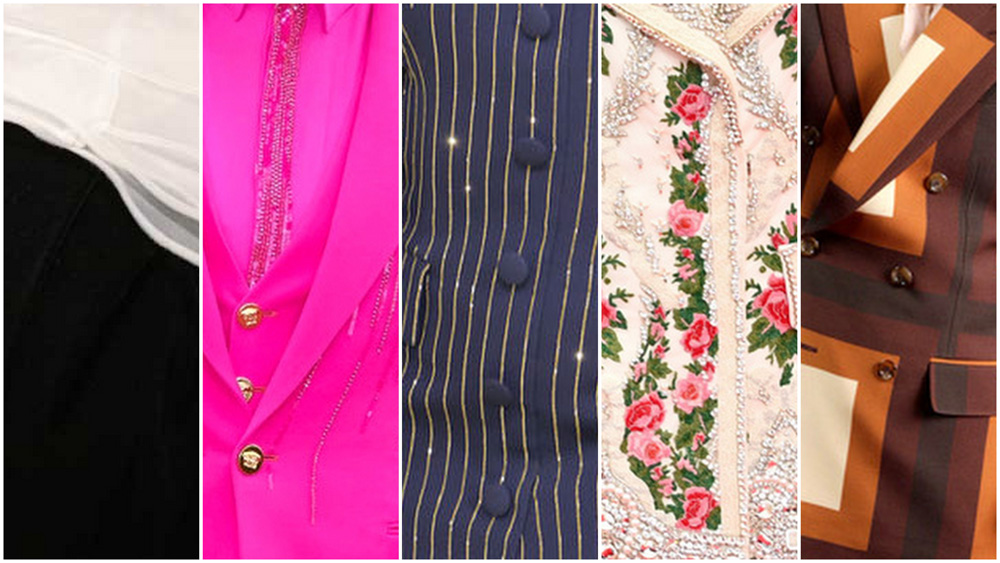 As we noted in our introduction post, 2021 was the year fashion got freakier and more queer, with a great deal of the more discussable and innovative looks coming from the men. Continuing in that vein…

15.  Colman Domingo at the Oscars in Atelier Versace It was a big year for pink menswear on the red carpet. Not only is this not the first entry on this list; it’s also not the only one in this post. Celebrity men got in touch with their inner peacocks this year and the result was a sudden tidal wave of male pinks the likes of which hasn’t been seen since Victorian times. This was one of the most exquisite of the lot. He looks stunning.

14. Emma Corrin in Miu Miu at the Golden Globes Emma Corrin might have been the queen of freaky celebrity fashion this year if she’d had the chance to promote her turn on The Crown with a full promotional blast instead of the mostly Zoomified work she was stuck doing in the earlier months of the year. She charmed us instantly by refusing to dress like a princess and embracing styles that were sometimes weird, sometimes punk, but always high fashion. This Pierrot take might have been the most conventional thing she wore all year, but it’s also the most gorgeous. How many other starlets would have come that close to full-on clown makeup for the Golden Globes?

13. Regina King in Michael Kors Collection at the Met Gala Lest you think we’re all about the quirky looks this year, here’s Regina King, paying homage to the most mainstream fashion of all time. Like Lupita Nyong’o in the previous entry, this one is here because it’s a perfect high-fashion homage to mainstream American fashion tropes, which is what the Met Gala was all about this year. The blue hair was a brilliant choice.

12. Harry Styles in Gucci at the Brit Awards In the first minute of discussing the prospect of putting this year’s list together, we heartily agreed that we would be failing at our jobs if we didn’t give good ol’ Harry a tip of the hat for his efforts this year. Of all the dandies and peacocks who showed up on this year’s red carpets, his style had a joyous, laid back sexiness to it, like an old-school rock star. As we said in the original post, he looks like a party in human form.

11. Lil Nas X in Richard Quinn at the BET Awards The question was never whether Lil Nas X was going to land on this year’s list. It was always about which look would make the cut and if we could possibly restrict ourselves to just one. He didn’t wear one ensemble in public this year that wasn’t jaw-dropping (and more than a few that were drop-dead chic), but this Richard Quinn suit, exploding with queerness, romance, and glamour, is our fave by a mile.