We had many goals in mind with our book, but two of the most important – and ultimately most rewarding for us as authors  – were: 1) That we pack in as many cultural references as one little 280-page book could handle without stretching the framework we’d set up for ourselves (Drag Race itself), and 2) That we not fall into the trap of writing a book about cis gay men in dresses. That second one was a bit of a challenge, given Drag Race‘s own reluctance to feature or reward any queer people other than cis gay men in dresses, but it was a challenge we were eager to tackle.

There were a lot of moments in the writing of the book when those two goals were rewarded with little lightbulb-over-the-head moments, like when we managed to explain what Elizabeth Taylor has to do with the Werk Room or how a quote from The Great Gatsby makes perfect sense in opening a discussion about the Pit Crew.  But that moment when we realized that the Pit Crew also makes a perfect opportunity to talk about the legendary string of lesbian pulp fiction novels that got churned out in the mid-twentieth century was honestly one of our faves in the entire process of writing the book. We believe there was actual clapping involved. How these novels connect to the Speedo-clad dudes of the Pit Crew is something you’ll have to buy the book to fully understand, but suffice it to say, these novels – many of which were written by men for men, for less than intellectual reasons – were a gateway for many queer women of the early to mid-twentieth century; a door that opened them up to the desires they found difficult at best to express. Many queer women also managed to launch careers as writers and authors by getting their start penning these wistful tales of longing that were slapped with lurid covers and set out on a drugstore spinner rack for lowest-common-denominator consumption. The most notable and celebrated of the genre for this reason would be The Price of Salt, penned by “Claire Morgan,” which was a pseudonym for celebrated author Patricia Highsmith: 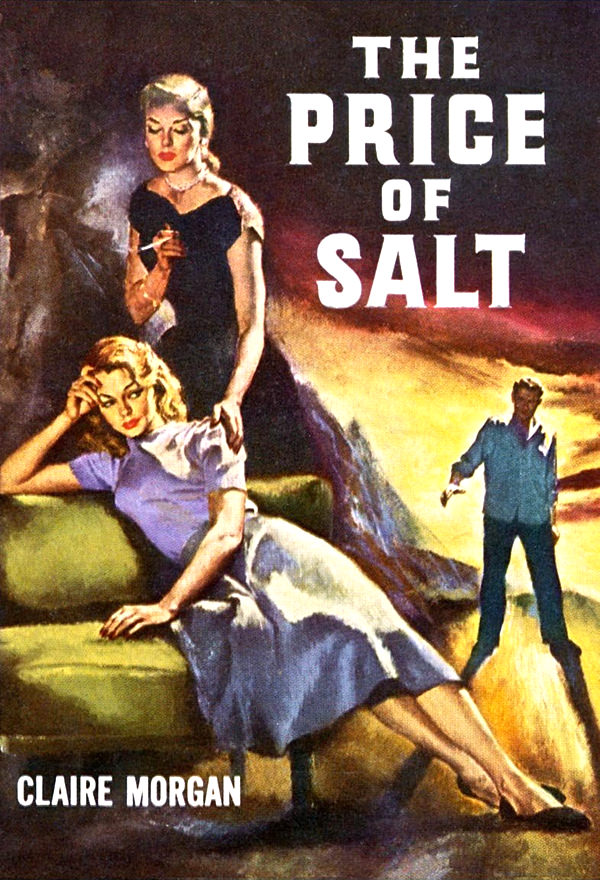 The Price of Salt would eventually travel its way from the drugstore spinner rack to prestige cinema adaptation when director Todd Haynes adapted it as Carol, starring Cate Blanchett and Rooney Mara in 2016. And while that’s a triumph for queer culture and expression, as well as a good summation of how queer desires went from underground expression to mainstream art, for today, we’re way more interested in those fabulously lurid covers, which not only defined the literary genre, but more or less served as porn for queer women of the day, who didn’t have much to turn to aside from Playboy, which wasn’t really meant for them. 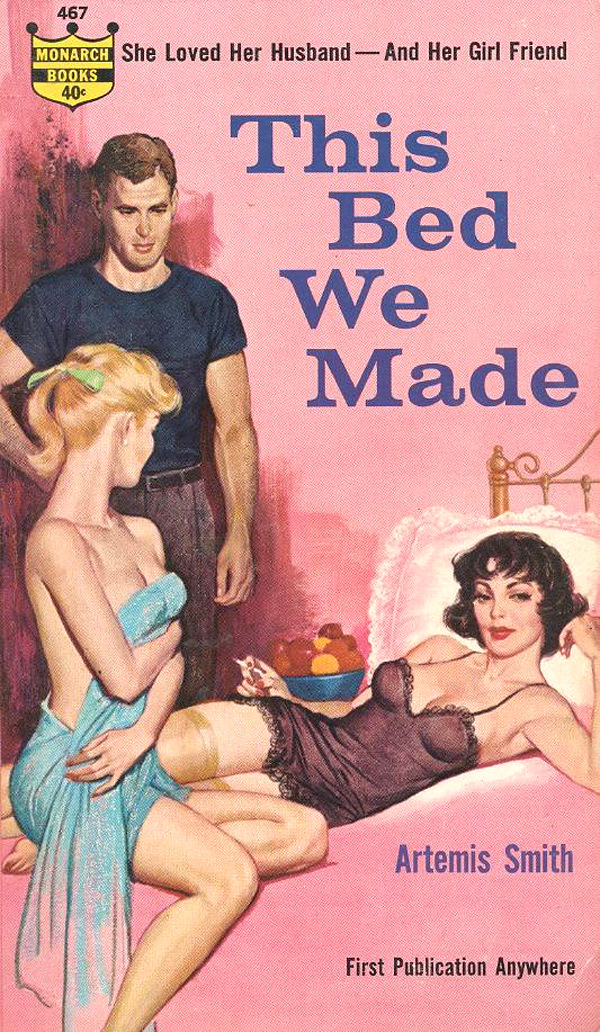 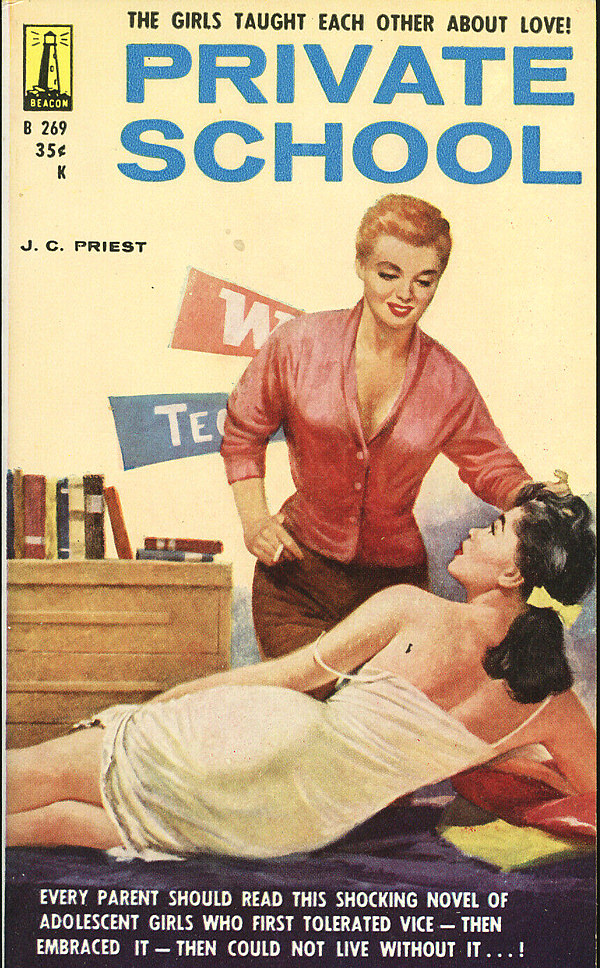 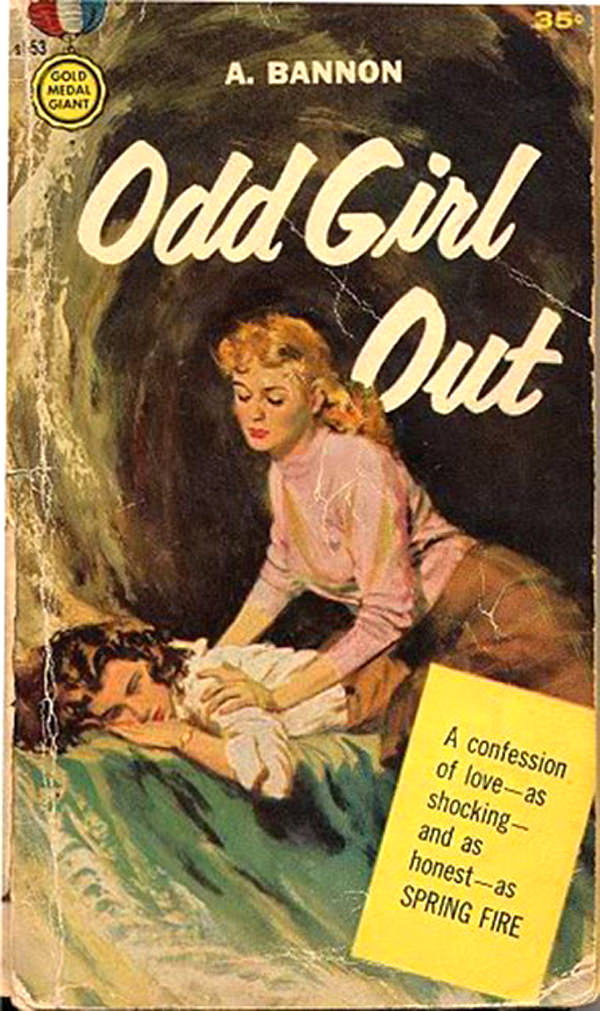 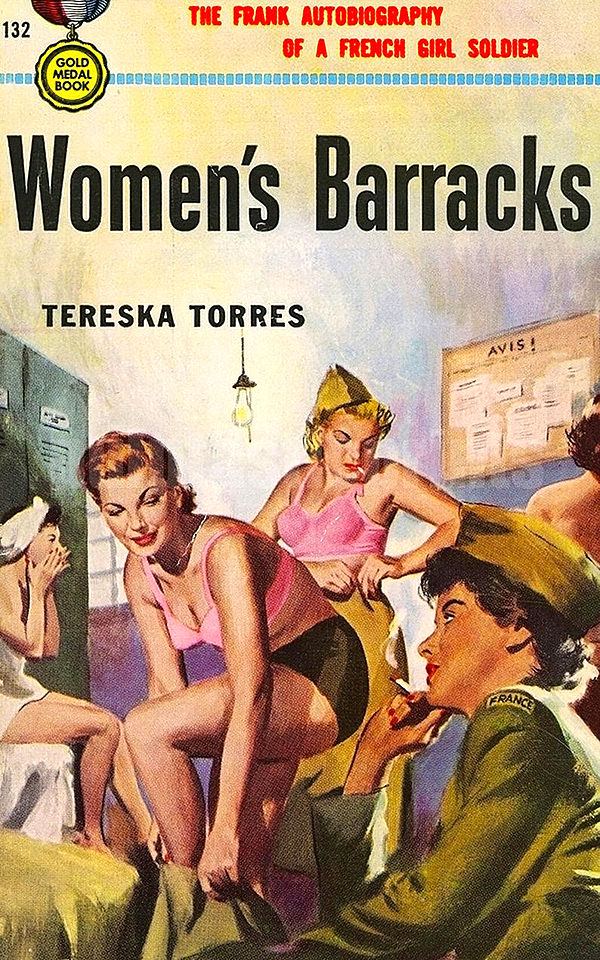 Because these books were more or less out in the open (although not exactly displayed in the most reputable of settings), everything from the title to the cover to the story itself was meant to depict women with same-sex desires as something wicked and shameful, with publisher-dictated endings that usually left the principle characters with destroyed lives. Despite the patriarchal attempts to frame lesbian sex as both sinful and something to be performed for the entertainment of men, queer women found these books, largely because the covers failed at their primary job. Queer women of the day didn’t find these covers shameful and they didn’t care about the patriarchal undertones or the implied male gaze. Queer women bought these books in droves (and then later took over the writing of them) because these covers made lesbian life and lesbian love look HOT AS FUCK.