Darlings, today is Tante Céline Dion’s birthday and we can think of no better time to salute what has turned out to be one of the most dramatic celebrity style evolutions we’ve ever seen. Fueled in part by the end of her mourning period after her husband died and largely by her association with super-stylist Law Roach, the former kitschy ballad singer transformed herself into a major fashionista. Risks were taken and poses were struck as Tante Céline not only charmed the press and the public with her newfound love of eye-popping fashion, but also conquered the sidewalks of the world by turning all of them into her own personal stage and runway. In no particular order, these are the most extra sidewalk sashay looks Tante Céline ever wore – and some of the most jaw-dropping we’ve ever covered in over a decade of celebrity style writing. Rochas and Balmain in Paris 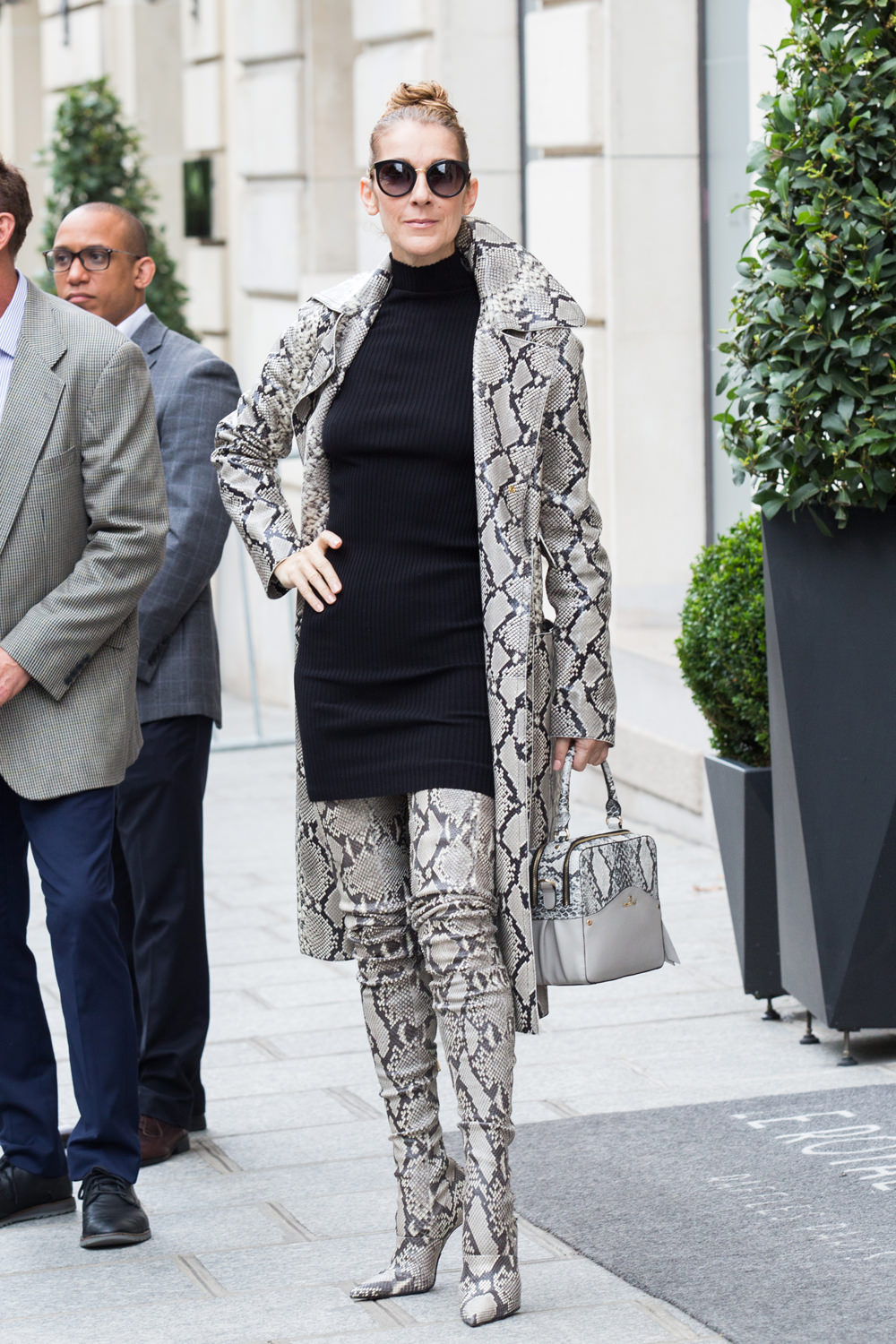 Yes, there’s a LOT going on in all of these looks, which range from chic to tacky to completely confusing. And if we were talking about someone else, we might be a bit more critical of some of these ensembles (we were at the time with a few of them), but you’ve got to take the whole picture in when you’re talking about celebrity style and when you factor in both her loss, her long time in the public eye, and her status as an international icon, her super-cray fashion choices start looking like gloriously brave affirmations rather than completely nutty fashion choices.

To be fair, the choices remain nutty, but because Tante Céline made them, they’re also a bit fabulous. Such is the mystery of fashion, darlings.