And now, this foursome of very pretty people are just going to stand there in full defiance of YEARS of red carpet blogging on our parts. Smugly, even! We are nonplussed!

You see, we’re always going on about how ensemble casts would do well to coordinate their looks for the major red carpet promo events. It helps sell a unified aesthetic while giving each actor a chance to set themselves apart in some way. This may be the most coordinated set of actors we’ve ever seen on a red carpet and the results… He’s wearing the same thing he wore to the photo call yesterday and honestly, we haven’t seen such a disrespectful fashion choice since Tom Hardy treated his wife’s film premiere like a joke. The whole cast and the director dressed up for both events and he showed up looking like he just got off the couch ten minutes ago. It’s a pretty sharp look overall, even with the over-complicated yoke, but it sure doesn’t read “December prestige period drama premiere.” More like “April Women in Film luncheon.” The makeup’s way too heavy for the style of dress and the hair just looks too severe to us. Clearly, she heard about James’ plan to never change his clothes and said “Fuck it. Minimum effort.” Can’t say we blame her. And also, given how goofy her style choices have been lately, we don’t actually mind a little minimalism. Her makeup’s pretty and strong, which is what a dress like this needs. We’d have loved a more interesting shoe choice, though. Lots of boots with sleeveless dresses lately. Ellen would like it all back by the end of the week, Timmée. 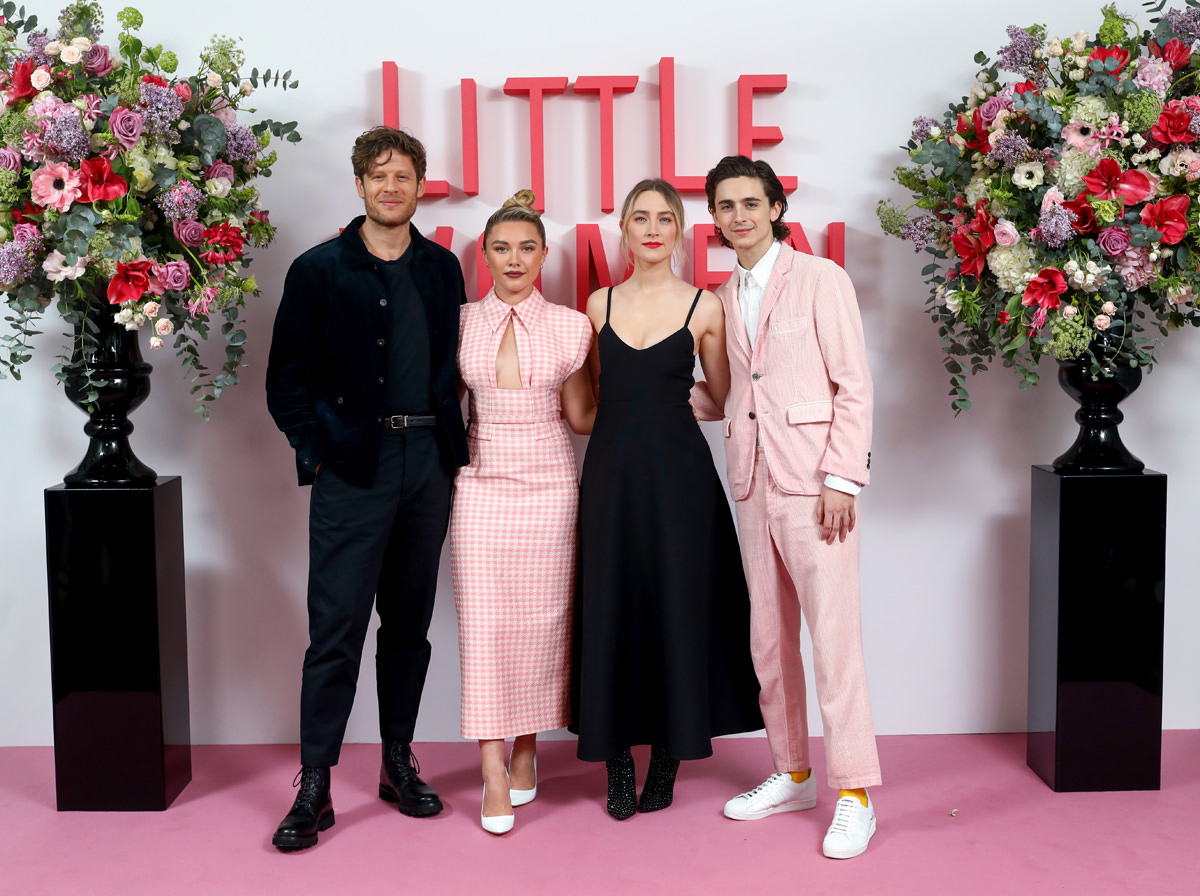 Previous post:
“Legendary Children” Named as One of The Best New Books of 2020 by Cosmopolitan Next Post:
Thom Browne Pre-Fall 2020 Collection