Ryan Gosling in Gucci at THE GRAY MAN World Premiere Ryan Gosling stepped off the set of the Barbie movie (evidently getting lowlights at some point along the way) to hit the red carpet for the premiere of The Gray Man. Going by his ensemble, we initially assumed his time as Ken may have had some sort of lingering effect on him, as if he couldn’t help but wear some highly unusual color choices that don’t quite go together. 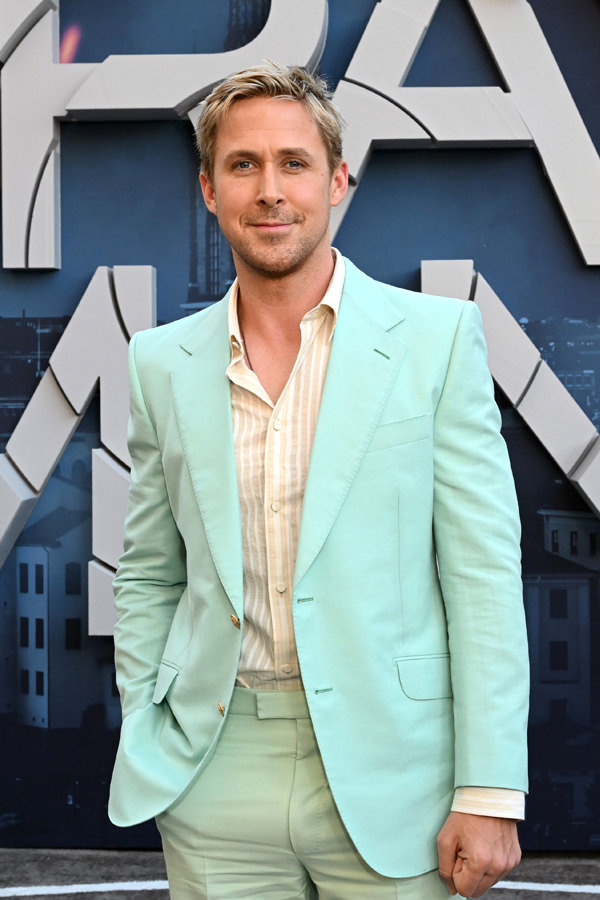 Our first thought was that he’d been rendered color blind after those eye-searing Ken costumes, but we can tell the mismatch between jacket and pants is deliberate. It almost works. It seems to depend on the lighting situation. We appreciate the thoughtfulness behind the shirt pick. The pale yellow stripes work as a neutral, bridging the colors of the jacket and pants. It’s a slightly unusual outfit, but the more we look at it, the more we think it works for him.