W Magazine’s first issue of 2021, Volume 1, Best Performances, hits stands and is online today. The highly-anticipated Best Performances portfolio is an annual feature curated by W’s editor-at-large Lynn Hirschberg and highlights stars at the forefront of cinema, from industry legends and icons to those whose phenomenal talent is ushering in a new wave of stardom. On how “The Midnight Sky” took on new meaning amidst the pandemic: “…When Covid-19 happened, the film, which is about a global apocalypse, became relevant in a new way. Originally, the narrative was about regret and seeking redemption. But as the pandemic took over, the film became about our inability to be home and hug the people we love.

Discussing his new pandemic hobbies: “I’ll tell you what I’ve taken on as a hobby: two or three loads of laundry a day, dishes all day long, because these kids are slobs. [Laughs] Apparently, you have to wash your children every once in a while…I cut [my son’s] hair, and I cut my own hair, too, but I haven’t cut my daughter’s hair. I’d get in trouble if I did. My daughter looks gorgeous—her hair is very long. If I screw up my son’s hair, he’ll grow out of it. But my wife would kill me if I touched my daughter’s hair. On her character’s development from innocence in the first film to weariness and loneliness in the sequel: “We wanted to show the price of her life, the fact that she was very isolated. She looks like a person who has it all, but everything has a price…And we wanted to give a nod to the Lynda Carter Wonder Woman show. What we could not have anticipated was that Diana’s solitary life would have so much relevance in 2020. In the film, the world seems to be crashing to pieces. And now, who knows when the world.”

Talking about the dangerous new hobby she took up during the pandemic: “I started spending way too much time in the kitchen. And I started having terrible accidents. I burned myself very badly, and cut my finger making a cabbage salad. I’m now keeping away from the kitchen.” On his immediate reaction to the script and what he had to do to prepare: “Sound of Metal is one of those things that just kind of fell from the heavens. The film had proved almost impossible to get made, but when I read the script, it just blew my mind. As an actor, I like learning new skills, and about new communities and cultures. For Sound of Metal, I had to learn both to play the drums and American Sign Language. I needed to be fluent so that I could improvise with deaf actors.”

Speaking about what he learned from his preparations: “…I was learning about multiple worlds at the same time: the punk and metal scene; the deaf community; and Alcoholics Anonymous or Narcotics Anonymous addiction circles. It was eye-opening…I learned that there were different deaf accents: People in Harlem will sign differently than someone in Brooklyn, who will sign differently from someone in L.A. And for many people, deafness is not a disability; it’s a culture. The challenges can be the gifts.” Discussing how much work she put in to becoming Billie: “I did some pretty extreme things for the character. There was the drastic weight loss—I wanted to have a body that looked like that period in time. Starving myself made me very weak on set and slowed me down in a way that really helped with the scenes with heroin. Then I started smoking cigarettes; it made me feel like Billie. I’m very fast, and she’s like molasses. Smoking helped to drop me into those dark places.”

On whether she’s ever taken a nude selfie: “Oh my god—especially after I lost weight for the movie, it’s all been nudies.” 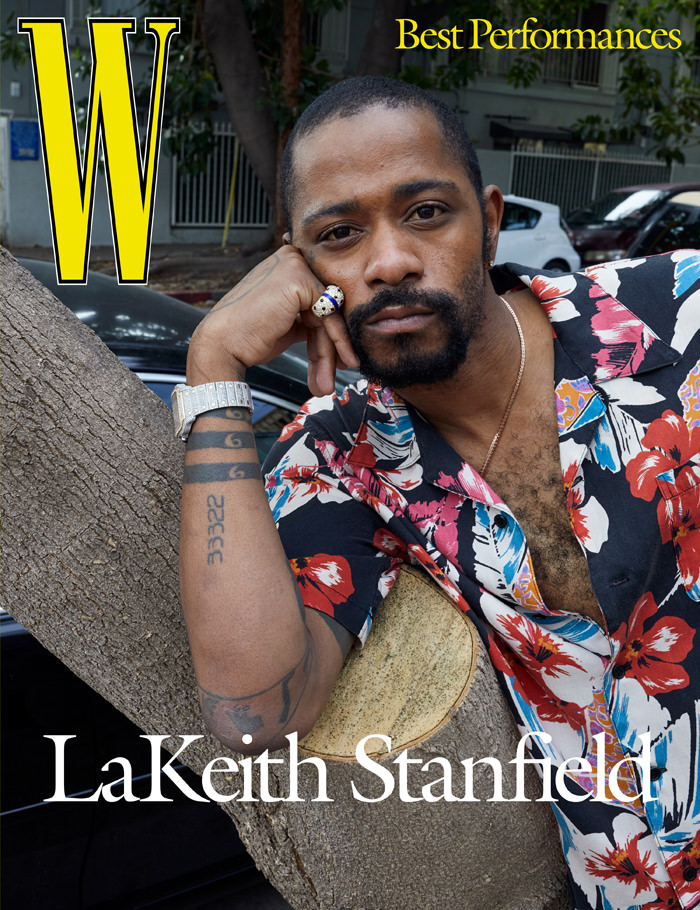 Speaking about his important role in the iconic film “Get Out”: “When I said, “Get out!” I remember thinking, I hope this ends up in the trailer, and it did. At the Oscars, I had a little bit where I had to run onstage and tell everyone in the audience to get out. It’s crazy how iconic it became—people had started dressing up as me on Halloween. My mom had people coming to her door dressed as me!

On his secret skills: “I’m good at fitting through small crevices, because I’m very skinny. I can go through doggy doors, and I can shimmy through crowds with ease. I can almost disappear if I turn to the side.” On playing Frances in “French Exit” and what compelled her to choose the role: “My agent always calls me “Dr. No” because I turn down so many parts. But I fell in love with French Exit; I found it so odd and original. I have a love-hate relationship with the work of acting, but playing Frances in French Exit was immediately compelling. Frances is a beautiful, entitled, very stylish New York City woman who has recently lost her husband, who has been reincarnated into a sleek, black talking cat.”

Discussing whether she ever thinks about reprising her iconic past characters: “…I’m always attracted to characters who are a little bit broken, and Susie Diamond was definitely damaged in an intriguing way. In general, by the time I commit to a character and a project, I’m also kind of addicted to whomever I’m playing. Frances in French Exit certainly had me enthralled. When I was talking to her dead husband in a cat’s body, I was reminded of why I love my job.” On how her grandmother was one of her inspirations for her performance in “Sylvie’s Love”: “My model for Sylvie was a person like Diahann Carroll, who was part of the Black bourgeoisie in New York in the ’50s and ’60s. It was also an homage to my grandmother, who was effortlessly elegant. She had remarkable poise, and I pulled a lot of that for Sylvie.”

Remembering her first kiss: “I wasn’t a child actor, but my dad had a friend who was a casting director, and they put me in a music video. I kissed a young boy named Floyd, who was also in the video. That was my first kiss, and it’s on camera, immortalized for life. I was 6. I remember feeling very adult that day; I felt like I was born for this. Actually, I think about Floyd every so often. 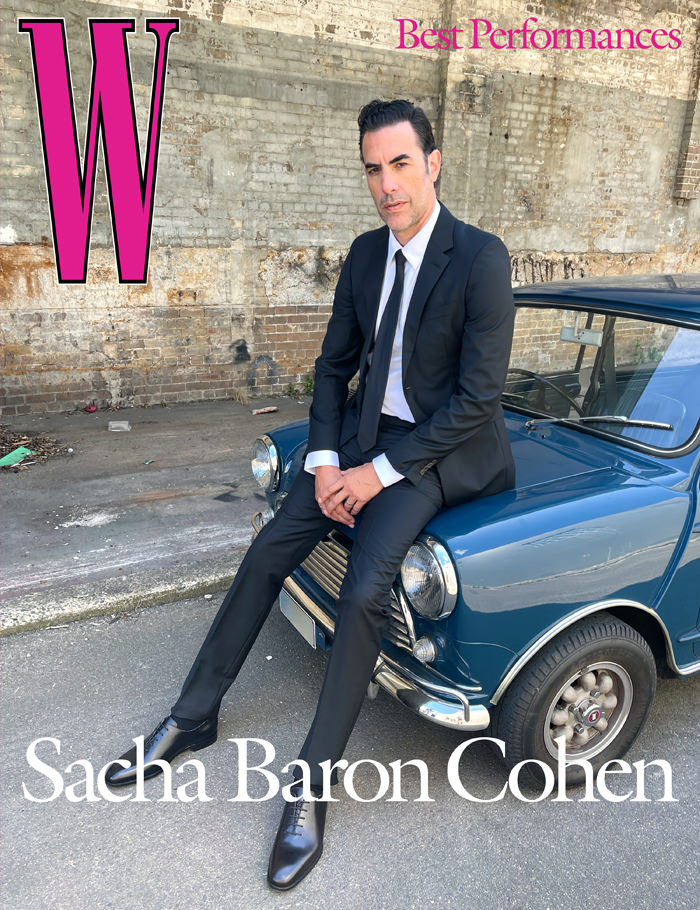 In speaking about what he hopes to achieve through comedic songs: “…we try to write a song that you can’t help but sing along to, but has a really scary lyric. ‘Wuhan Flu’ went viral, and people would post, ‘I can’t stop singing this awful song!’ Few people know that, for a while, as Ali G, I was Britain’s highest selling rap artist. My goal in comedy has always been the same: be very funny but reveal an indifference to racial hatred and intolerance. And it helps if you can hum along.”

On whether he was surprised by the events that took place at the capitol on January 6, 2021: “Sadly, no. Conspiracy theories end in violence. Think about it: If you are fed a diet of lies, and you truly believe those lies and have faith in the person who is telling the lies to you, then the actions of January 6 are, unfortunately, logical. What we collectively need to do is stop the lies. That’s my mission.” Speaking about what drew her to this role: “I was looking for something demanding. I was being sent all the standard sorts of scripts, but Pieces of a Woman was so absorbing, so touching, that I was absolutely sure that I had to do it. Gena Rowlands is my hero, and her film A Woman Under the Influence is the kind of work that I’m aiming for. Rowlands is idiosyncratic—fierce, but still vulnerable.”

On accepting her award for Best Actress at Venice Film Festival, on of the last in-person events in 2020: “Yes, and photographers, and an audience in masks watching the film in a theater! Cate Blanchett, the head of the jury in Venice, presented me with my award. Cate has always been an inspiration to me, so that alone was thrilling. The Venice Film Festival was like a miracle: a beautiful testament to the resilience of cinema.”

Previous post:
WERQ From Home: Awkwafina in Christian Dior for the “Raya and the Last Dragon” Premiere Next Post:
“The Great” Star Elle Fanning in Miu Miu and Chanel