A tireless advocate for minority voices in the film industry, actress and producer Viola Davis seeks out complex stories and characters – culminating in her crowning achievement, The Woman King. 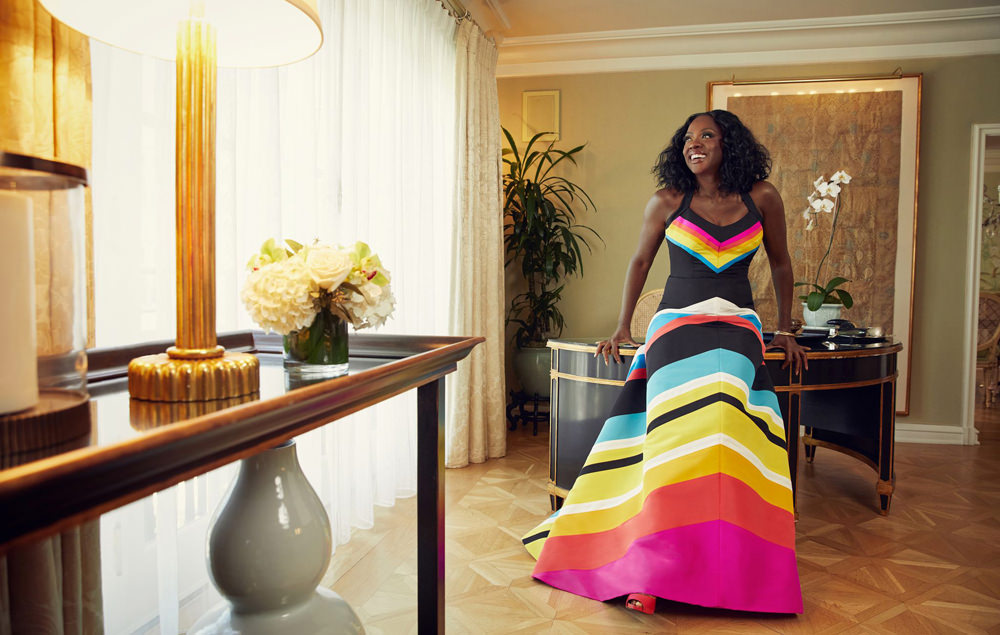 Good-quality parts for Black actresses are few and far between. “There is a deficit of stories that women of colour are able to access in Hollywood,” Davis explains. “When I started off as an actor, the scope of what I wanted to do was infinite. It was definitely a big blow to see the limitations put on me in my career.”

“You’re just there to give the white lead advice, to be the sage, to be the nurturer. There is a lack of really digging deep into who we are.”

I remind her we are speaking today because she has won Bazaar’s Icon award, a label much loftier than her day-to-day. “Listen, when I’m at home I don’t feel like an icon,” she says. “I’m always looking at little Viola who wet the bed and was just trying to find a meal every day and thinking, ‘OK, now I’m an icon?’ I don’t take the honour and run off the stage with it. It’s embedded in my spirit and I use it as warrior fuel to shift the industry so that I’m not the only one anymore.”

Viola Davis stars on one of the Harper’s Bazaar’s five special-edition Women of the Year 2022 covers, available nationwide from 11 November.

Previous post:
T LOunge for November 11th, 2022 Next Post:
Anya Taylor-Joy and Nicholas Hoult at the Harper’s Bazaar Women of the Year Awards 2022