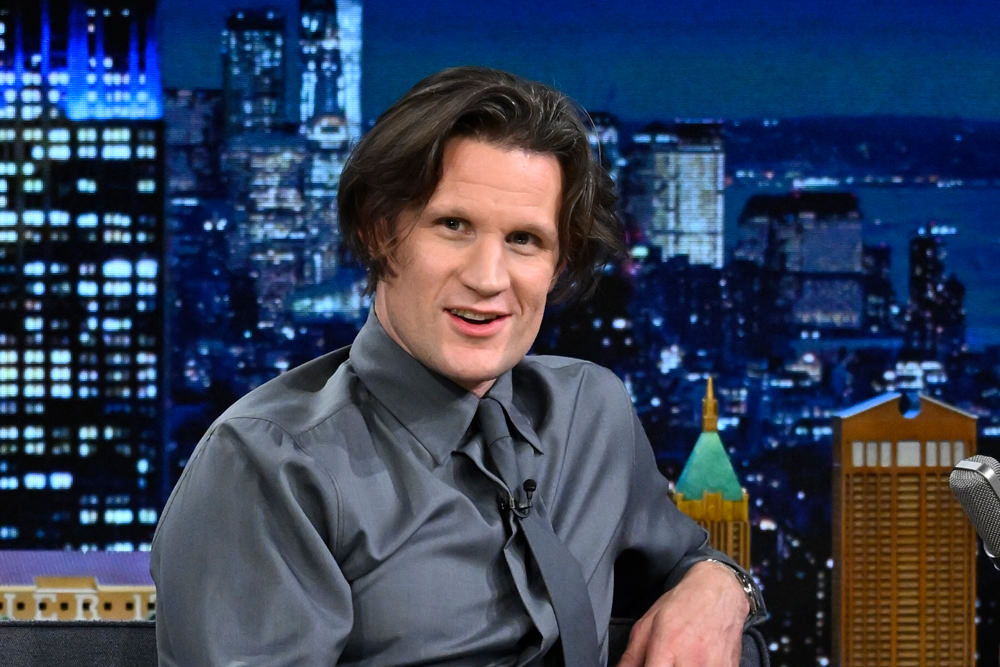 House of the Dragon star Matt Smith stopped by Jimmy Fallon’s place looking kind of terrible. There. We said it. We really don’t get his style of late. When he was working in that hipster-punk mode during his Doctor Who days, he looked great. When he was doing the impeccable suiting thing during his time on The Crown, he also looked great. But this latest turn in his style evolution completely befuddles us. He looks like he does the bookkeeping for a strip joint. Why, for a TV appearance, would you dress in separates of various textiles, but rendered all in grays? And grays that don’t really match, at that. We think the shirt and the tie come pretty close to clashing, which is a thing that we didn’t think was possible before now. Don’t even get us started on the cuffing or those sad-looking socks. He just looks such a mess lately and we don’t really understand why, given his previous promo work styles.