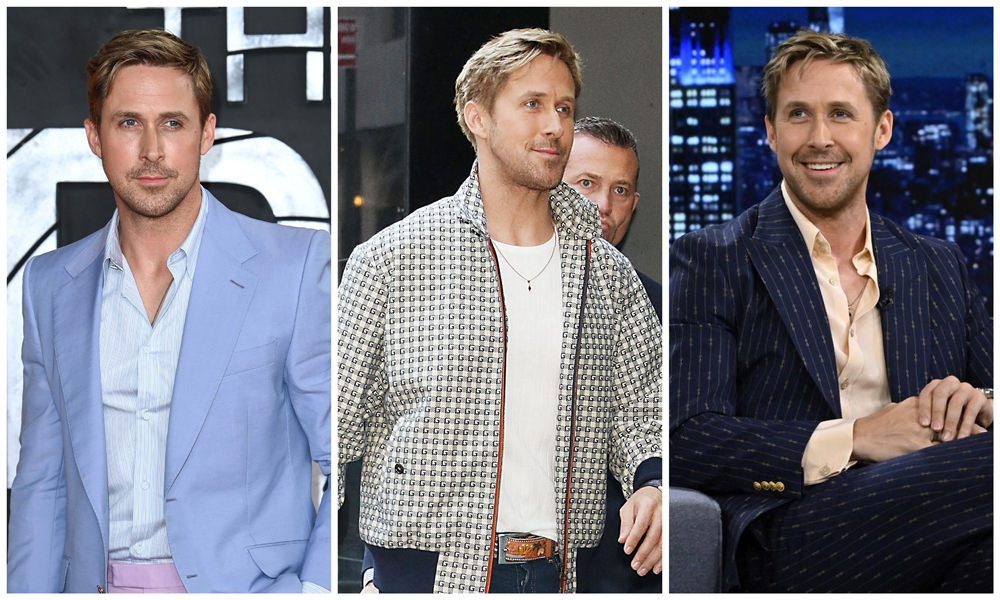 There has been so much discussable celebrity male fashion this week, what with the dual promo tours of sausage fests Bullet Train and The Gray Man, that we have managed to let something happen that would have been inconceivable to us in the past. We have let several Ryan Gosling outfits go by without comment. That is a disgrace and we beg everyone’s forgiveness, not least of all Ryan Gosling himself, who has no doubt been waiting for days to hear what we think about all his pretty clothes. We’re sorry, Ryan. We’ll get right to it.

At The Gray Man London Premiere 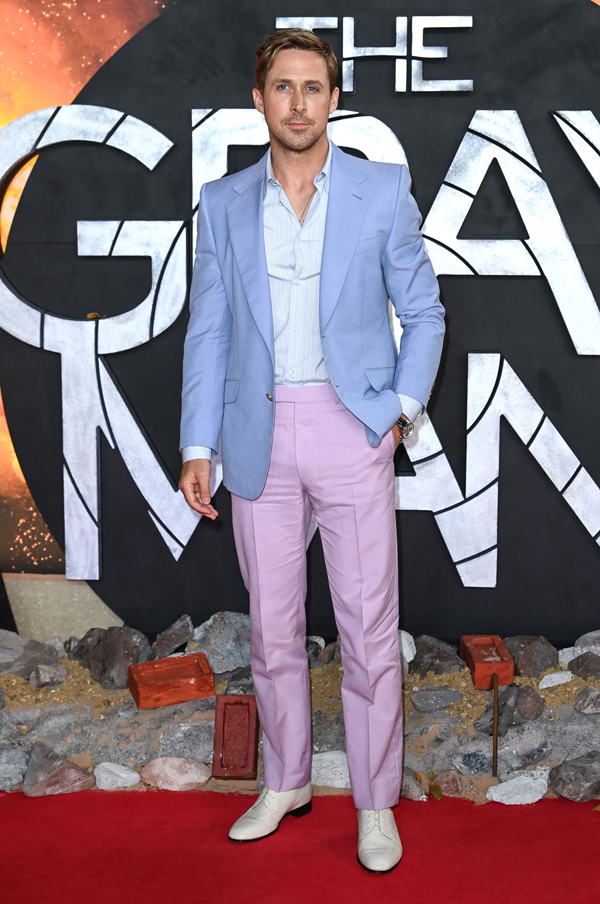 He wore a mintier version of this style earlier this week at the LA premiere and we have to say, the more we see of this particular style direction, the more we like it for him. It’s got a touch of Ken doll realness to it, which makes us think he’s playing around with this style in anticipation of the Barbie promo tour next year. If he’s waiting for encouragement to keep doing this, allow us to be the bitches who give it. He looks great. We were just recently talking about straight-leg dark wash jeans with a cuff, a casual men’s standard from the late aughts to about five years or so. Yes, we sit around and have conversations about such things. Anyway, we think it’s a look that’s due for a return after nearly a decade of skinny jean hegemony, and we think this look is making the argument for it. LOVE that jacket. We’re meh on the boots and the t-shirt, but they don’t detract. Ooof. Sir. Once again, you had us until we got to the ankles. Like his Michael Jackson/bellhop cosplay at the Berlin premiere, he’s trying to work a white-socks-and-loafers thing and we hate it. The suit is really cute, though. So cute that the socks and shoes are pretty much ruining it by taking all the attention away from it.