Ryan Gosling in Gucci at THE GRAY MAN Berlin Premiere If his co-star is currently working a promotional style that would make anyone else look like a total nerd, it would appear that Gray Man star Ryan Gosling is in his own very specific style phase; one that we never would have predicted. Prepare yourselves, because… 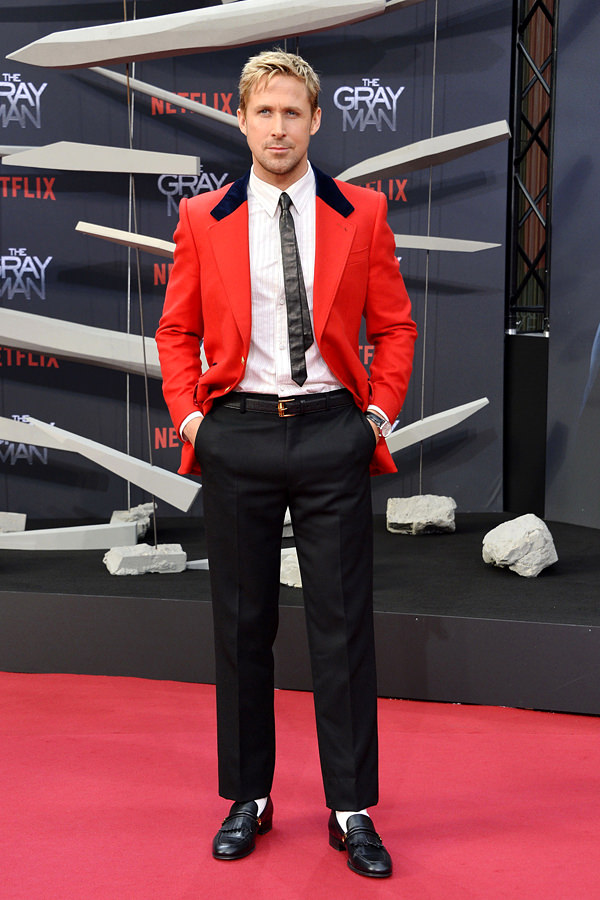 Ryan Gosling has entered his “Michael Jackson” period. No, we can’t quite believe it either. We will not be getting onboard the “white socks with highwaters and loafers” train any time soon, but we also won’t be railing too hard against it. We’ve been telling male stars for over a decade now to stop dressing like lawyers on the red carpet and start dressing like artists and performers. This may not have been exactly what we had in mind, but it’s fulfilling the brief, as far as we’re concerned. We like the jacket a lot. We’re intensely annoyed that the skinny tie – which looks great on him – is tied too short. The tip should be just above the belt line.