Home » Movies » Our Thoughts on the 2022 Costume Designers Guild...

Our Thoughts on the 2022 Costume Designers Guild Awards Nominations 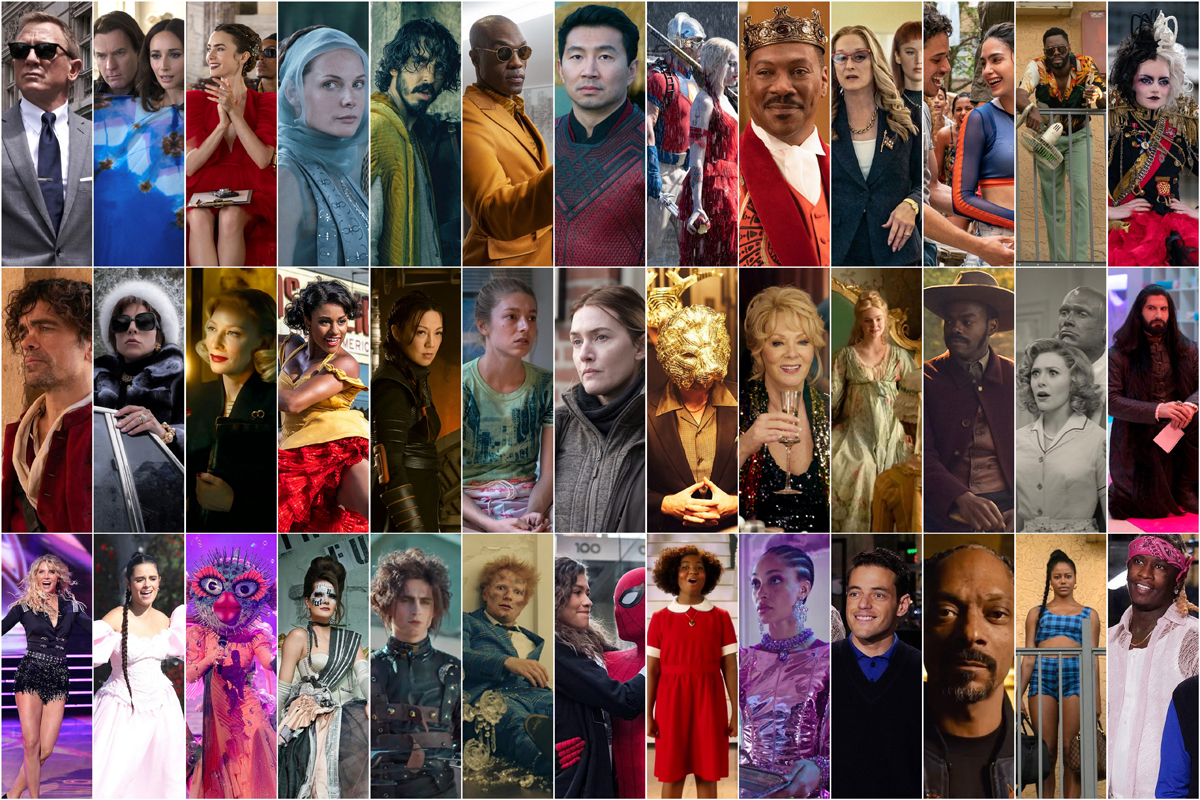 We’re a couple of queens who’ve long held some very strong and loudly stated opinions about costume design, so perhaps it’s no surprise that we’re excited to both dive into the Costume Designers Guild Award nominations and also to argue a bit with them. It’s in our nature. We only watch some of the TV shows on this list, but we’ve seen almost all of the movies and even made our own picks for the best cinematic costume design of 2021 in a series last month. Let’s see how our picks compare with the experts’. We chose costumes from the first four films for our list, although Harley’s red gown from The Suicide Squad was one of the last ones chopped from it. Haven’t seen Spider-Man: No Way Home yet, but we can’t imagine it has anything to offer that would make the designers for Dune, The Green Knight or The Matrix Resurrections nervous. Dev Patel’s cloak was our favorite costume of the year, so Malgosia is our pick here. None of these made our list, although we struggled with keeping Zola and possibly Craig’s Bond in the mix as long as we could. Having said that, we think Ruth E. Carter’s designs are hard to top. Cruella and House of Gucci made the list. We almost put Nightmare Alley on it, but wound up cutting it because the costumes felt more like clever pastiche than anything original. We admit, West Side Story is a true contender now that we’ve finally seen it. Despite our picks, we’re going to have to go with Paul Tazewell’s work on this one. Have only seen a handful of these, but we don’t the ones we’ve watched actually rate all that high. We’d probably give it to Laura Montgomery or Lucinda Wright. Seen them all. It’s a showdown between Euphoria and Squid Game, but we think the latter edges out the former slightly. Those track suits became iconic almost instantly. We’d love for Jeriana San Juan to get it for Halston, not just because we interviewed her last year but also because the work was gorgeous. Having said that, we think we’d want WandaVision for this one, although The Underground Railroad might be more deserving. Haven’t seen most of these, but Emilio’s a Project Runway alum, so we’re compelled to root for him. We think we’re going to have to go with Swarovski on this one. That ad was a stunning mindfuck.