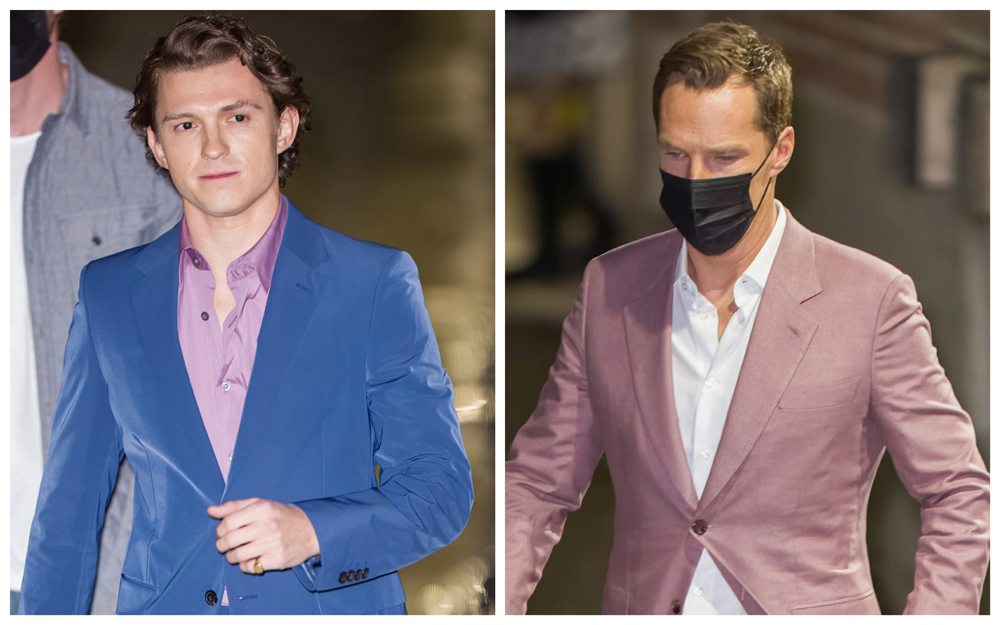 Those Marvel boys Tom Holland and Benedict Cumberbatch dandied themselves up for their appearance on Jimmy Kimmel Live during the Spider-Man: No Way Home promo tour; possibly just to keep pace with Zendaya, who has a tendency to suck all the fashion oxygen out of the room, so to speak. He’s a boy who loves a shiny suit and a little bit of high sleaze in his high fashion, from the shiny open shirt to the pinkie ring. It’s a look that actually works really well for him, but we’ll make the obvious prediction that he’ll age out of it long before he realizes he’s aged out of it. That’s almost always what happens. We would not have credited him with working a pink suit so well, but as we noted recently, his Marvel tour style is decidedly ramped up and showier than his usual promotional wear. These rainy night shots don’t do either of these outfits justice. They looked great in the studio: