A reminder – as if any fan of the series truly needed one – that season three of Netflix’s The Crown, with its all-new cast replacing the award-winning one from seasons one and two, drops this Sunday and your ol’ pals T Lo will be right there, dropping recaps and opinions on the episodes, cast and costumes immediately. Until then, you can listen to our totally non-spoiler review of the new cast in last week’s podcast.

Now let’s get to judging the cast on the more shallow parts of their job: The color and the skirt look great on her. We’re dead-tired of the foundation garment look, which means we hate the bodice. 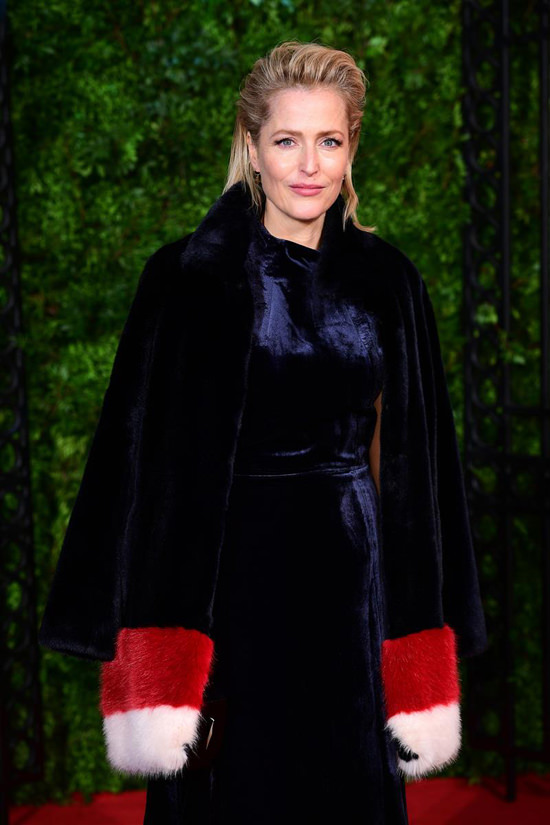 The future Mrs. Thatcher (she’ll be playing her in season four and we honestly can’t wait for her scenes with Colman, which should be DELICIOUS) served up a little “Rule Brittania” drag. It’s fine, but it doesn’t photograph well and looks a little … we don’t know … gimmicky, maybe. Everything about this look is pure HBC, but it sure doesn’t need those colorful skirt feathers. It would look better without them and she wouldn’t have sacrificed one bit of her HBCness by getting rid of them. 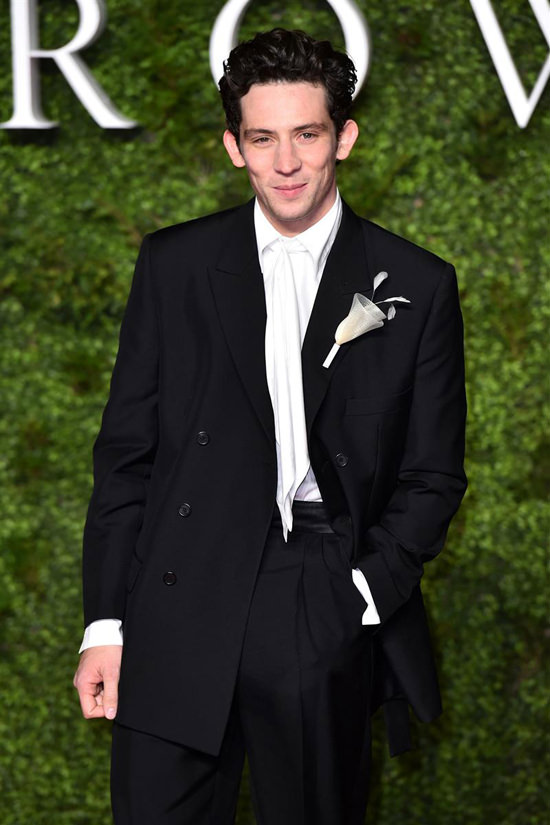 Big credit for attempting something different with men’s formalwear. We love the tie and the flower, but we’re not so in love with the oversized 19th century cut. Elegant and flattering, if a bit of a black hole, photogenically speaking. But the accessories are well chosen and her hair and makeup look great. 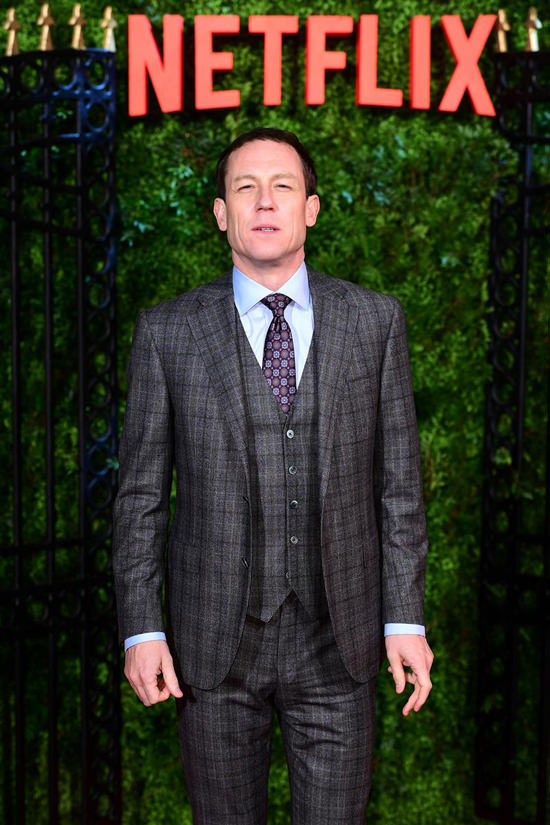 He looks stiff as a plank, which makes him perfectly on-point as your new Prince Philip. The suit might be a wee bit snug on him, but all the pieces are really well coordinated.