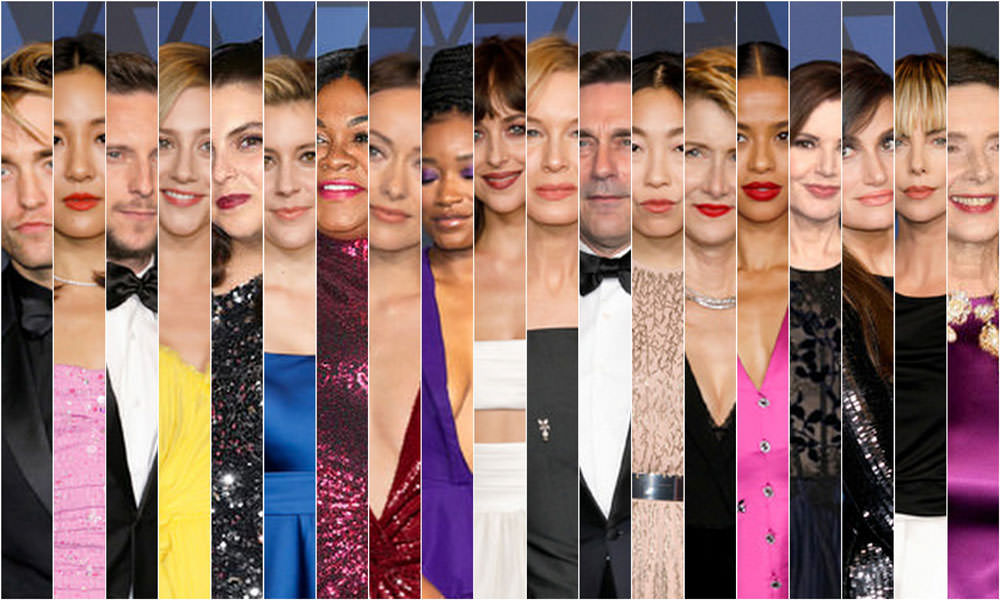 Kittens, we’ve given the spotlight to quite a few of the more notable attendees, but it’s time to put this year’s Governors Awards red carpet to bed. Which isn’t to say that none of these looks rated a more intense form of scrutiny, but if we tried to do a separate post for every eye-popper on this red carpet, we’d never get it done. A tribute, we suppose, to how much the stars are bringing their A games to this year’s awards track earlier than ever. Hmm. We suspect this looked impressive on a hanger, but it kind of hangs off her and the color isn’t particularly photogenic. That bodice looks a bit more complicated than it should be, but we kind of dig the retro sort of Jackie Kennedy-esque style of the dress. It’s a surprise coming from her. The shape is weird and the textile photographs cheap. If you haven’t caught Dolemite is My Name on Netflix, do so immediately. It’s Eddie Murphy’s best role in decades and Miss Da’Vine more than meets him. The dress is fabulous, but the slit’s a bit too high. No. This is stupid. Gorgeous. That’s reading as blue and navy on our monitor, which makes us love it more. Mmm. The color’s great but the design is dowdy. Those straps and that neckline are terrible. We were about to declare this a rare example of The Vampire’s Wife really working for someone only to find out it’s not TVW. Pretty sure we’d hate this on other wearers, but she’s making it work. It’s not exciting but it’s hard to argue with. We love how she’s always so fabulously over the top. How come he gets to wear an entire tuxedo and she has to go out draped in a cobweb? As always with The Hamm, things are just a bit too tight. And as always, we find ourselves working to make a complaint of that fact. They both look spectacular by playing against expectations. We would not have expected Kaitlyn to look that good in such a frilly, floaty, romantic gown and we definitely didn’t expect Beanie to ditch her birthday girl dresses form something with this much sparkle and glamour. Bringing the drama. The ruffles are a bit much and we don’t think the eyeshadow really works, but that color does look amazing on her. Love the velvet skirt, but again, we find that mid-calf length a bit awkward. An okay dress in a hideous color, we’re sorry to say. That yellow makes anything look cheaper. Miss Woman’s gonna stick to classic shapes and styles no matter how much we might huff and puff that she can freshen things up a bit. This is fine, but the hem length’s a bit hard to work. See? This is what we fear. The Batmanning. He’s just gonna wear all-black from now until the film opens, isn’t he? Tsk. You’re more interesting than that, R Patz.