Style File: Liv Tyler Sticks to the Plan at the Venice Film Festival 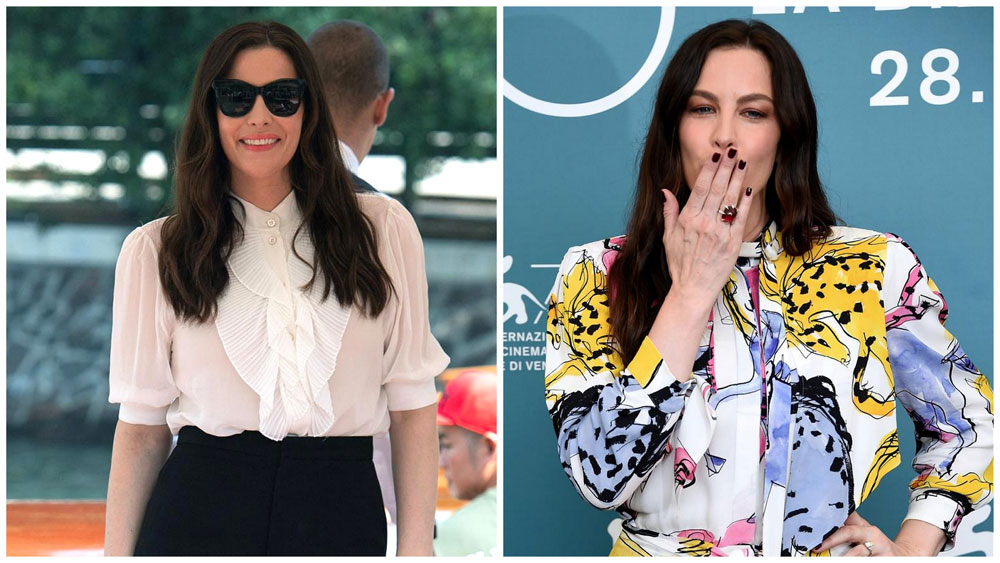 We don’t get to cover Miss Liv nearly as much as we’d like, since she’s got kind of a quirky sort of awkward style that belies her model looks and bearing but nonetheless seems to work really well for her. But she’s got a Big Important Film out hitting the festivals and rushing headlong into awards season, so you can expect to see quite a bit more of her in the months ahead. Love this. Maybe we’re giving her too much credit, since this comes off a lot like fussy officewear, but there’s an easy sort of chicness to it and besides, you don’t want to show up looking too over-styled or curated when disembarking from a boat is involved. We’d have rec’d sandals over the business-like pumps, though.

Liv Tyler in Stella McCartney at the “Ad Astra” Photocall Again: it’s borderline dowdy and could come off looking a lot more mumsy (mumsier?) on a different wearer, but there’s something about the long black hair and dramatic lip that makes it seem fresher. Again, though: wrong shoe. A brightly colored sandal in a matching tone would’ve worked so much better and looked more modern.

Yes, that’s all well and good and Brad is heading into Oscar season with heavy buzz on two different roles, but much more importantly, if you’re bored or just need to watch something soothing, you can do a lot worse than spend 25 minutes watching Liv explain her skincare routine. It’s like hanging out in a really nice bathroom with your super-chill friend who has nothing but amazing stories to tell: