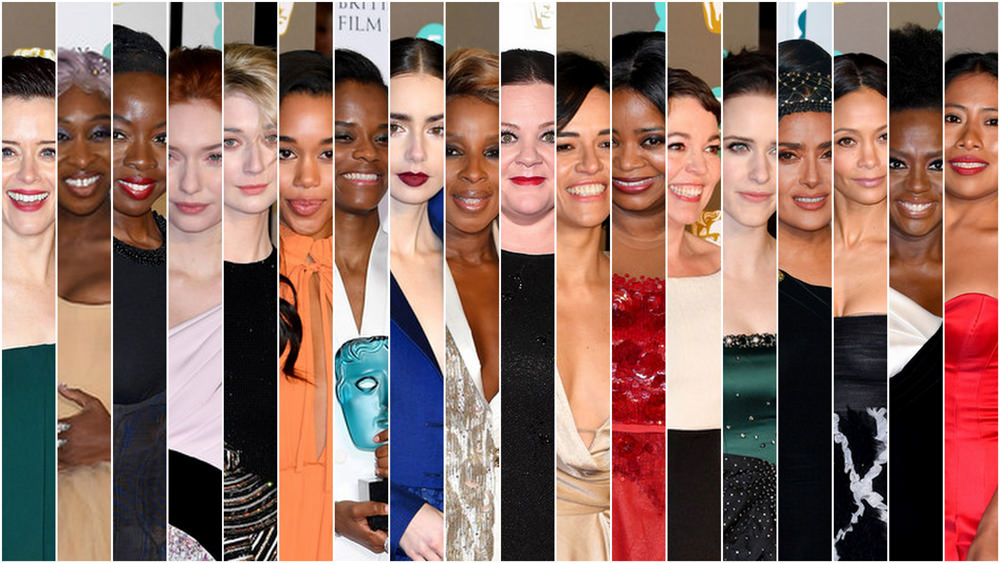 We’ve spent several days knocking around plenty of the individual attendees, but it’s time to put the rest of these folks out of their misery. Said misery being the no-doubt painfully long period of waiting for our loving judgment. Weep no more, celebrities. For we are here. Claws unsheathed. As two anti-fringe types, we can admit that this looks pretty good on her. A lot of it comes down to the color, since she’s long had problems working with the shades that best suit her. This looks great on her and the weirdly drapey fringed thing barely registers. We love when a gal knows how to make an entrance at these things but at the risk of sounding prissy, this is a bit over-the-top for the event. We love that it’s unexpected and very high-fashion. It’s not really the kind of look you see on a red carpet like this one and that alone is reason enough to praise it. Having said that, we don’t love the design all that much. What a weird dress. Every design element feels totally random. Another kind of odd dress. Totally generic without that one element, which is so odd and distracting that you can’t see anything else. No one should wear a dress that causes the eye to go straight to one hip and stay there. She’s got a real gift for elevating designs that might not look as chic or stylish on others. This color is iffy and the shape makes it seem over-sized, but damn if she’s not working it. We have never seen royal blue lace and not thought it looked cheap and tacky. That aside, this design is nuts. Boy, this really was the night for wearing outfits with one or two overwhelmingly distracting details, wasn’t it? Minimalism isn’t really her deal and it’s not something we’d encourage if we were asked, but we have to admit, she’s really pulling this one off. We’d question the hair, neckline and shoes as areas that need rethinking, but it’s not at all a bad look for her. No complaints here. That color looks great on her and while it might be a tiny bit overdesigned in parts, it’s sexy and looks effortless. Not really feeling the sheer shoulders, but everything else is lovely. Can’t argue with any of this. Her style is distinctly unfussy. Newp. Absolutely not. The color’s nice but the funeral wreath bow has got to go. We really love this. The hair … jewelry(?) takes it somewhere completely unexpected and unique. And the dress is sleek and elegant, two things we don’t get to say about her fashion all that often. Yes, she’s got a big lizard on her shoulder. That only makes it all the more awesome. It’s striking, but the bust is too tight on her and we think the skirt sits a little high. Pretty enough, but we don’t think it’s anywhere near the best or most interesting thing she’s worn during awards season.

Previous post:
Style File: Tilda Swinton in Chanel at the Berlinale International Film Festival Next Post:
Halle Berry in Elie Saab at BET’s “Boomerang” Los Angeles Premiere: IN or OUT?