Nicki Minaj in Alexander McQueen at the 2014 MTV Movie Awards

This is totally unfair of us, but our first reaction was to wish for bright pink hair and drag makeup. But we saw her up close very briefly at Fashion Week once and we were struck by how naturally beautiful she is, so we can’t blame her for wanting to show that off. 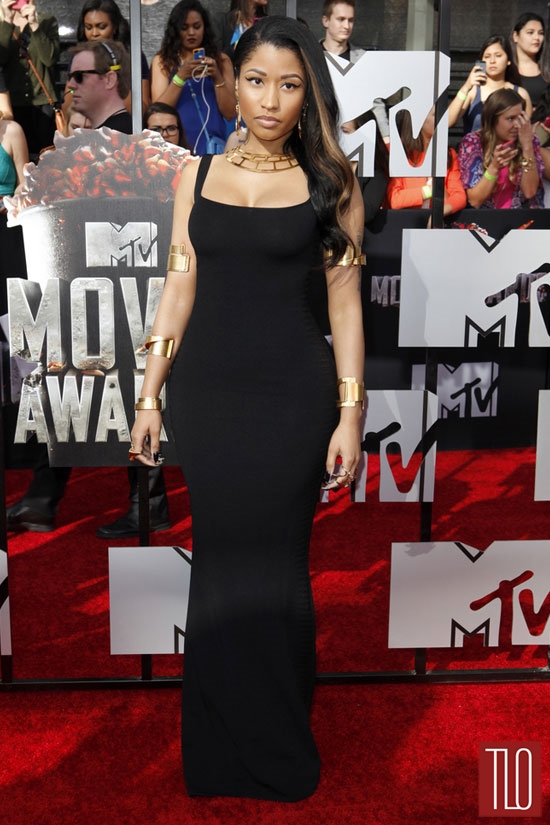 That’s a whole hell of a lot of jewelry, but we think that’s something of a concession we’ll have to make for her. If nothing else, she’s doing a much better job of working those cuffs than Sienna Miller did. The dress is okay. It’s really just a framing device for that spectacular butt – as she’s more than willing to remind you.

Seriously, the last time we saw that much back arching, there was a pole and dollar bills involved.

Previous post:
IN or OUT: Shailene Woodley in Balmain at the 2014 MTV Movie Awards Next Post:
Coachella 2014 Watch