He has six outfits packed in that little bag and he’s ready for ANYTHING. Ah, yes. The “I had two fucks to give and I left them in the back seat of my limo” look. Her romper looks like it was made out of table runners and her shoes look like something you’d use to restrain patients in a 19th Century asylum. 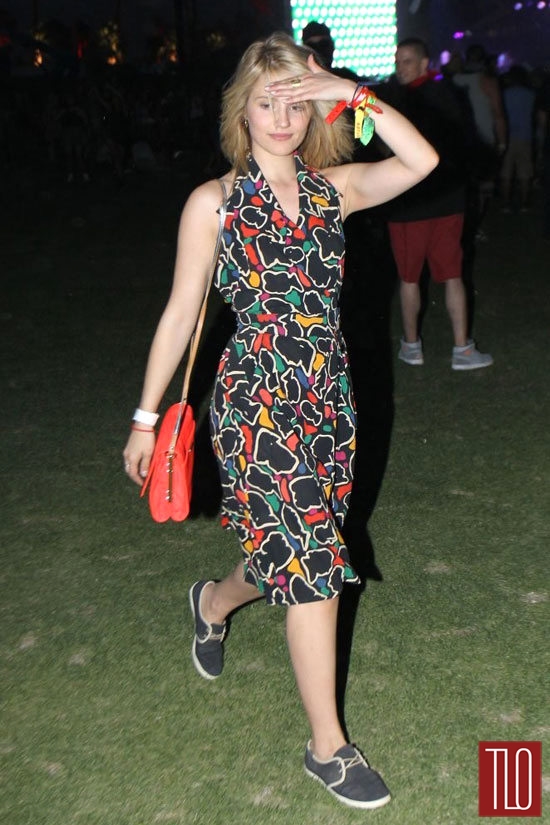 Because no desert music festival is complete unless you pack your cocktail dress, amirite, girls? Aw, they look kind of cute. We can’t hate, except for…STANKBOOT. What’s with the tap shoes? Oh, sorry. That was harsh. We probably should’ve … Dude, they’re so normcore we can practically smell it. God bless this fey little Rocker Pixie Jesus.  We think we love him.