Because we’re heading into the end of the first season, the pace has picked up considerably with this episode. Not that we’ve reached the boiling point yet, the show is still too low-key (some would say slow) to get us there to quickly. Instead, many of the characters are coming to realizations they’ve been trying to avoid and finding themselves acting in increasingly desperate and foreboding ways. 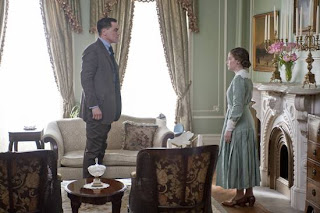 she chose for herself. She has always alternated between indulging in her newfound power and comfort and feeling momentarily guilty about it. We say “momentarily” because Margaret, up until now, has demonstrated an impressive ability to put aside thoughts she’d rather not linger on. With the granting of the women’s vote, Nucky quickly ropes her into service for his own ends and reveals to her both the inner workings of the political machine as well as, inadevertently, the inner workings of his own mind. “After a while, you can get up there and sell snake oil,” he tells her, by way of bucking her up for her speech. “This isn’t a fantasy world like in one of those children’s books,” he explains to her. “It’s a real place with real people. And sometimes to make it run properly, we need to tell those people what they want to hear.” It all comes down to who gets to rule the Emerald City. Inside, she’s horrified, realizing how dishonest he is and how that dishonesty is dangerous for her family. “Success breeds enemies,” he says, trying to wave off the attempt on his life. She’s finally starting to realize that Nucky’s dealings aren’t as benevolent as she’d apparently convinced herself they were. In the end, after Nucky came home from a particularly violent night, Margaret couldn’t recognize herself in the mirror, just like Richard. 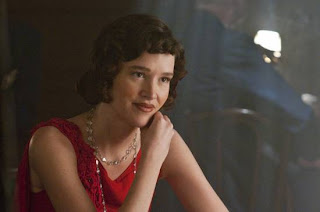 Her relationship with Richard is becoming more interesting. It doesn’t really have the ring of romance to it, although we’re not entirely sure he’s not thinking along those lines. His time with Jimmy must have opened him up or maybe he was lying earlier when he eschewed human contact. He wanted desperately to sit and listen to Margaret read the Wizard of Oz and he wanted desperately for the children to not be scared of him.

And if a possible unrequited crush on Richard’s part wasn’t complicated enough, Van Alden came flying out of the closet and pretty much declared his undying lust for Margaret. Of course, the best he could manage were grandiose offers of salvation, couple with super creepy off-hand mentions of staring at her picture at night. 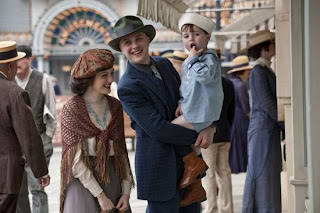 Margaret is rightly appalled and disgusted and probably what bothers her most is that her one escape hatch from Nucky, should the need arise, has always been Van Alden. Finding out that he’s more than a bit unhinged and fixated on her made her feel even more trapped than before.

As for Van Alden, having Jimmy Darmody, and therefore Nucky, slip through his fingers has pushed him around the bend. We’re not entirely sure what to make of his mighty fall from his lofty ethics, but you’ve gotta hand it to the guy. When he wants one night of bad behavior, he goes all the way, breaking every rule he sets for himself. His breakdown after the sex was a little disturbing. We have absolutely no idea where this character is going to go next and that’s actually kind of awesome. 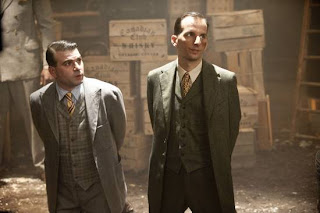 Angela continues to bore us. We’re trying, but her overwhelming passivity is not particularly engaging. Then again, she’s even more trapped than Margaret is. Although unlike Margaret, Angela has an escape hatch in her “kissing friend,” Mary. She’s got a shot to get the hell out of the dangerous and volatile situation she’s in and we’d be shocked if she took it. We hope she does, but we really doubt it.

As for the mob stuff, it’s full on war now. There are still two more D’Allessio brothers out there and obviously they’re not going to take kindly to the murder of their brothers. Rothstein’s not going to take this well either. We have to say, Nucky seems to be taking all of this surprisingly well. We think Jimmy’s had more of an effect on his thinking than he’d ever admit. He’s as powerful a political wheeler-dealer as ever, and now he’s learning to throw his weight around as a crime boss. He’s a dangerously intelligent man when it comes to power. 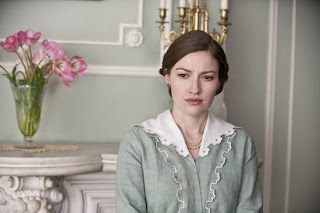 In a way, Nucky’s story follows Al’s and even Jimmy’s. A sort of coming of age into real gangsterhood. It’s twisted, of course, but there’s a certain nobility to Al’s heartfelt declaration that he’s ready to be a man. Of course we know sitting here almost a century later that his self-actualization is going to come at the expense of a mountain of corpses, but that’s what makes this show so brilliant sometimes. Having historical figures drive most of the action that spurs on the fictional character offers a unique kind of tension. We really have no clue where certain characters are going to go next and really, what more can you ask from a television drama?