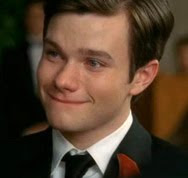 Glee’s kind of a funny show. That probably sounds like a painfully obvious thing to say, but we mean it’s funny in the sense that the audience has a somewhat unusual relationship to it and to our way of thinking, that relationship gets weirder after each episode airs. We look around the intertubes every week and see Glee fans getting more and more frustrated and angry with the show with each passing week and part of us fears that this is signaling what will be the show’s eventual downfall. It simply can’t sustain the viewership doing what it’s doing.

The way we see it, there are two major problems here. One, the writing is astoundingly inconsistent from week to week and not one of the characters has a consistent through-line or character arc. They veer wildly back and forth, displaying whatever personality traits the writing team needs to further that week’s plot or theme. That’s been our number one complaint about the show and not surprisingly, we consider it a valid complaint to make.

Here’s something: the show has never been perfect. The show is never going to be perfect. The show is a big gleeful mess and that’s a feature, not a bug. It has always straddled the line between optimism and cynicism; between drama and comedy; between, well… “Singing in the Rain” and “Fuck Forget You.” We suspect Ryan Murphy and his writing team know exactly what they’re doing. Whether the audience will buy it remains to be seen. One thing’s for sure, with each episode, someone’s always going to declare it OVAH.

Why do we say this now? Because we rocketed back and forth from finding this episode to be eye-rollingly cheesey to fighting back tears at certain parts.

Because we know the criticism is going to be made that Kurt’s bullying storyline is getting way too “Afterschool Special” and that it’s veered off into melodrama and fantasy. That’s a totally valid criticism. Really, it is. Even we have to admit there were times last night, especially when Burt and Carol’s wedding seemed to be entirely about everyone involved telling Kurt how awesome he is, where we shifted a bit uncomfortably in our seats.

See, when Kurt got a Prince Charming to sing a love song to him, thereby shattering a musical convention going back centuries, we argued that it was an awesomely powerful moment with importance that might have slipped past the straights in the audience. Our argument was that every teenager wants to see their romantic fantasies validated in some way by the media from which they take their social cues and having this romantic fantasy normalized and portrayed on network television was a watershed moment likely to save some lives (no joke).

When Finn got up to sing to Kurt about how amazing he is, we weren’t sure what to think.

Unlike Blaine singing “Teenage Dream,” this didn’t represent to us the kind of thing that every gay teen needs and dreams for. Everyone needs at least one romantic fantasy, especially teenagers. But an acceptance fantasy? A world where everyone sings to gay people about how amazing they are? At first glance, we considered it kind of dangerously naive. A world where gay teens are so beloved and receive so much support from friends and family, they they will have anthems publicly sung to them by straight boys who credit them with teaching them how to be a man? It’s a lovely thought, but it doesn’t reflect anything true about the world.

But here’s the thing: if any of you sat through a film class, and if you stayed awake when they got to the part about musicals, then you know that the classic movie musical is based on the idea of utopia. Most musicals (with some notable exceptions) are about the world that we want to live in rather than the world that we do live in. We’re way too cynical and old to hope for the kind of world represented by Carol and Burt’s wedding, but a teenager isn’t. As we said with the Blaine song, teenagers need their fantasies in order to establish what they want out of the world. In a way, this was equally as powerful as having a gay teen sing a love song to another gay teen. In this case, it sent the message to both gay kids and straight kids, that this is the world someone wants for them. Whether or not it will ever come true, someone out there wants you to live in a world of total love and acceptance. It may never happen, but the dream of it is powerful and again, we can’t imagine what it would have been like for us, for countless other people who grew up gay, to have someone offer us that dream when we were young. Cheesey? Unapologetically. Preachy? You’re damn right, especially since no one else on TV is preaching this particular sermon in this manner. But put yourselves in the shoes of those kids who think the entire world is against them. A moment like the above is no less powerful. Especially when the show comes back down to earth and makes the point that, while singing fantasies are nice, the real world is still dangerous. Despite the amazing support Kurt’s received, he’s still living in terror, which means he has to say goodbye to the best group of friends he’s ever had.

In other news, we were intensely disappointed with the way they kind of wasted Carol Burnett. Oh sure, this was fun:

In fact, the staging and singing style was almost certainly an homage to her old show, because she specialized in these kinds of talk-sung duets with guest stars. Unfortunately, it was the only fun part of her appearance. She got a couple semi-funny lines in but the whole Sue storyline was stupid and never really went anywhere. A waste of some great stunt-casting.

As an aside, it was wonderful to see Sue take the threat of bullying so seriously, but come on. Sue is and always has been the biggest bully in the school. At least they addressed that by having Kurt point it out to her. But unless this newfound commitment to protecting the students represents some major shift for her, which we highly doubt, she’ll be right back to being the old, bullying Sue the minute they need her to be.

We tried to compile a list of the LOL-lines, but there were only a handful, so we didn’t bother. Clearly, it was all about plot this week.