Fictional siblings Henry Cavill and Millie Bobby Brown put on some nice clothes and faced the cameras at the premiere of Enola Holmes 2, which has got to be one of the laziest sequel titles we’ve ever encountered. Also, we kind of lied. 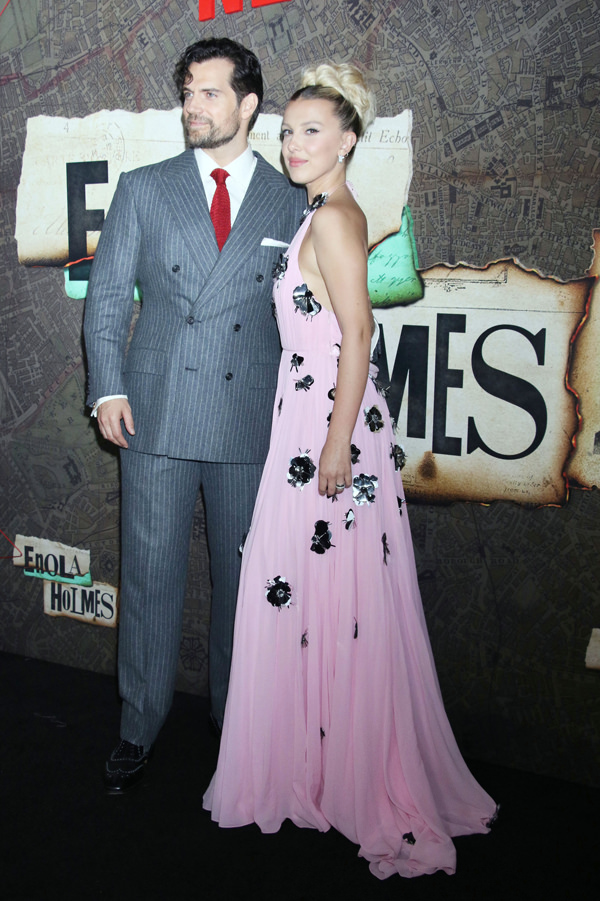 They put on semi-nice clothes. As is so often the case with us, we have some quibbles. This is a gorgeous suit, but the cut of it is incredibly unflattering to him. A double-breasted jacket adds bulk to a guy’s shape. If he’s already bulky (or in Henry’s case, super-bulky), it’s only going to make him look like a brick in a suit. We think he’s probably celebrating his return as Superman with this extremely retro, borderline Clark Kent style, but he’d be much better off in a single-breasted suit. In other news, his shoes are fantastic and we reiterate our belief that knit ties are for casual sportswear, not suits. 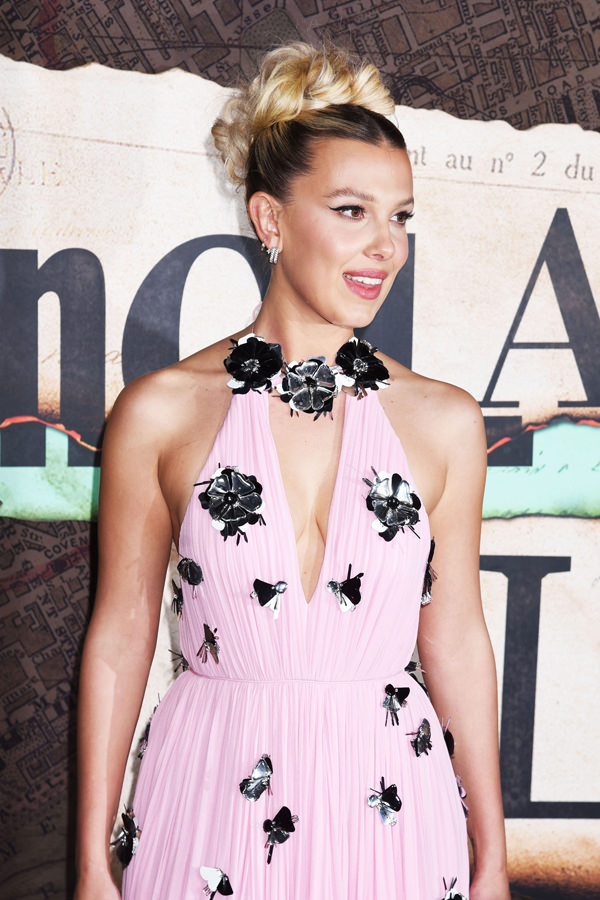 We don’t know how she managed to snag a relatively cute, conventional Louis Vuitton dress when so many of her celebrity peers seem relegated to wearing the worst of the brand. Having said that, we don’t love the neckline or how the applique looks like it was hot-glued to the dress. The hair is, we’re sorry to say, kind of frumpy and aging on her. She always seems to take simple current fashion and find a way to wear it that adds decades to her age. When you look at other teen stars wearing high fashion, none of them look like she does when she wears it. Not that we think she should try and look like everyone else in her age group, just that her choices lead her in a direction that doesn’t always seem like the best one for her.