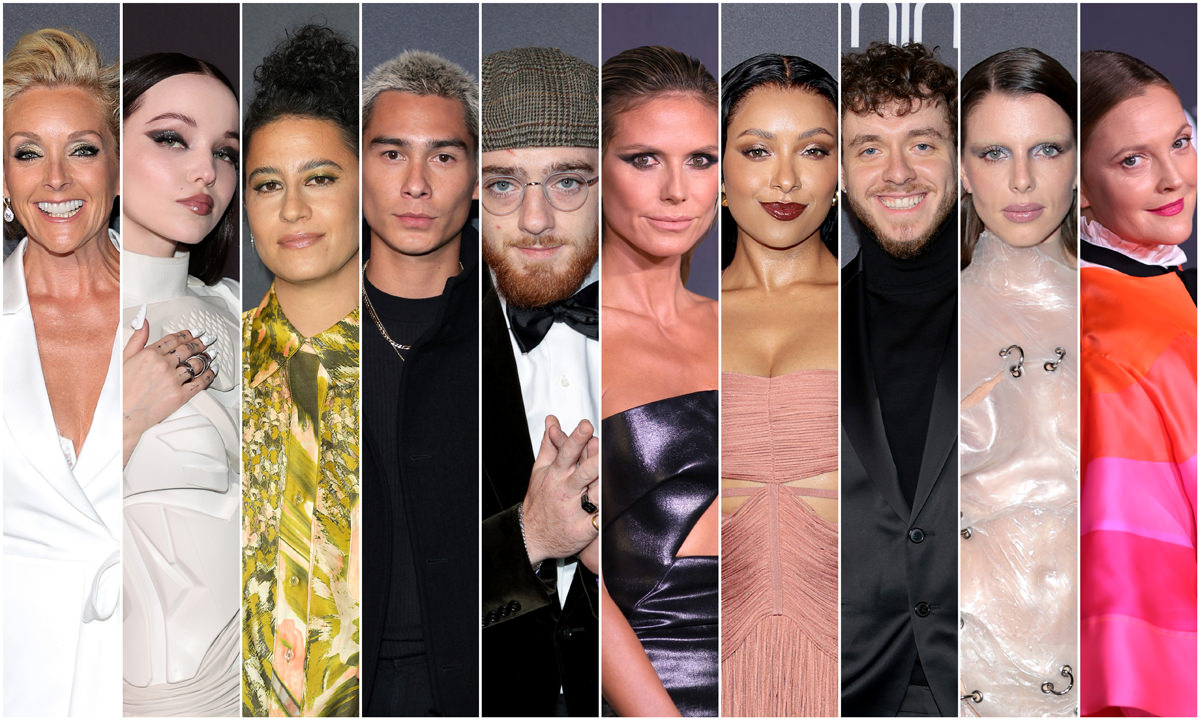 A bunch of Global Icons (according to Harper’s Bazaar) put on a whole bunch of fashion to celebrate Bloomingdales or something. Who cares why? The point is that celebrities are wearing some goofy things and that is why God created us. LFG! We’ll be honest here. We can’t quite tell if this is a cute look or if he just looks cute in it. We think other guys might be able to pull it off, but it seems extremely well suit to him in particular. This is dramatically weird, which is pretty much her style sweet spot. We don’t love it completely, but it’s striking and unique, which compels us to at least like it a little. Oh, Drew. That stunning coat does not go with that blouse and pants AT ALL. It was honestly kind of a terrible idea to attempt pairing them. It’s pretty basic, but he looks great in it. Her red carpet fashion has gotten a little edgier in her maturity. We can’t say we love the design, but we like seeing  her try more interesting styles than her usual “short, tight and shiny” preferences. The print of that top – for surely we aren’t calling this a dress – is honestly hideous. The boots are kinda fab but they don’t go. The bag clashes completely. Ilana, what are we doing here? This is disappointingly dull given how adventurous he can be with his style. He still looks good, though. Can’t get mad at any of this. It’s not trendy or edgy but it really suits her. The pants come off oddly flimsy in pictures. This is not a serious person. Just a terribly overdesigned dress in a fairly unattractive color. Lady, we hope there was a contract involved here and you got tons of money.