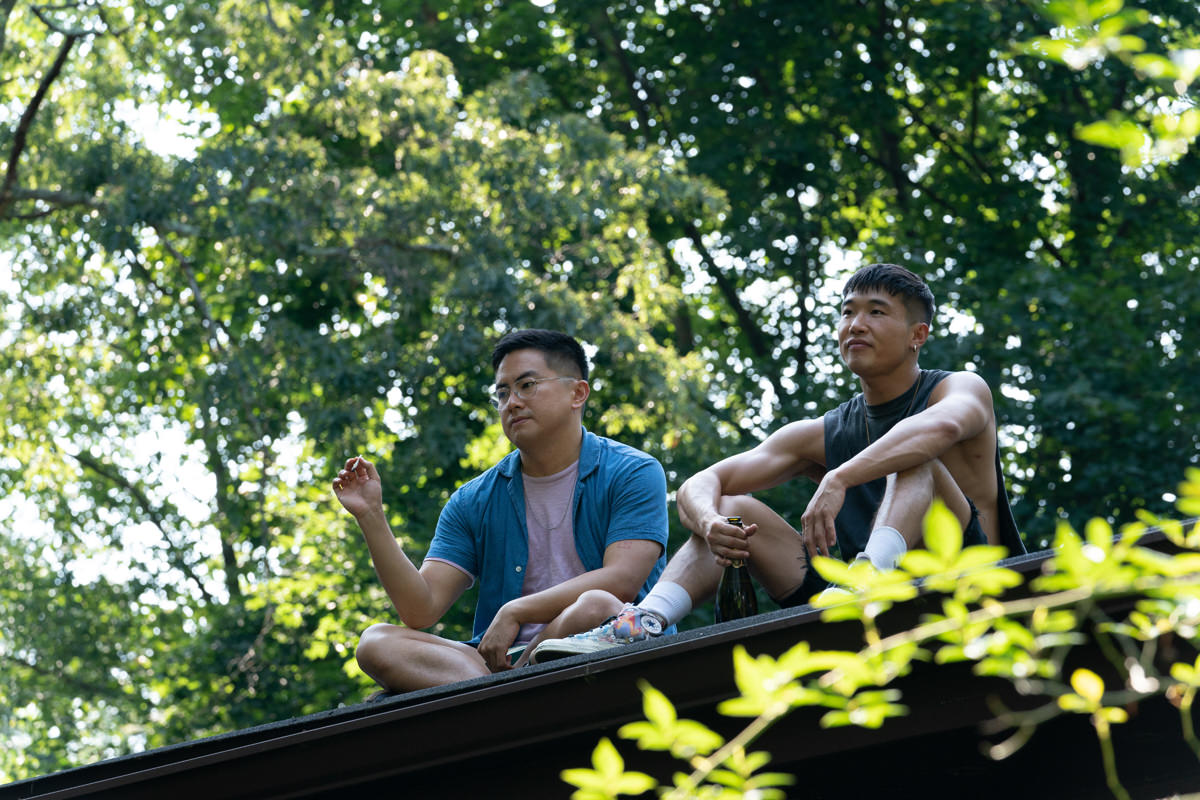 Kittens, have you watched the best rom-com of the year yet? We’re talking about Fire Island, starring Joel Kim Booster, Bowen Yang and Margaret Cho, along with a cast of very good-looking gay men.

And when we say “We’re talking about Fire Island,” we mean that literally and extensively. As two queens possessing some experience with the gay enclave as well as a pretty good well of knowledge about both its history and the larger history of gay men in America, we thought we’d flip on the mics, give a little review, and offer some thoughts. Turns out? We had a lot of them! Fire Island is a funny, endearing rom-com but it’s also a whip-smart exploration of gay male social spaces and sexual mores that surprised us with its sharp, incisive observations. Because it’s a direct adaptation of Pride and Prejudice, we don’t necessarily think you have to watch the film before you listen to the podcast, but we recommend viewing it as soon as you can because it’s fun and charming.  Our discussion touches on a lot of topics, including the racism, classism, and body issues the film unpacks, the history of gay male socializing in America, what it’s really like to spend time walking the boards through the Pines, and what parts of the film are a little lacking in terms of accuracy or exploration of its own themes. The conversation isn’t spoilery, but come on: it’s an adaptation of P&P; how do you think the film is going to end? And yet even then, it managed to surprise us.

It’s such a gay conversation that, thanks to Alexa, our computers are only showing HIV med ads right now! And considering how gay most of our conversations tend to be, that’s some pretty gay-ass conversating going on. Thank you once again for listening, dolls!
[Photo Credit: Courtesy of Hulu – Video Credit: Hulu/YouTube]