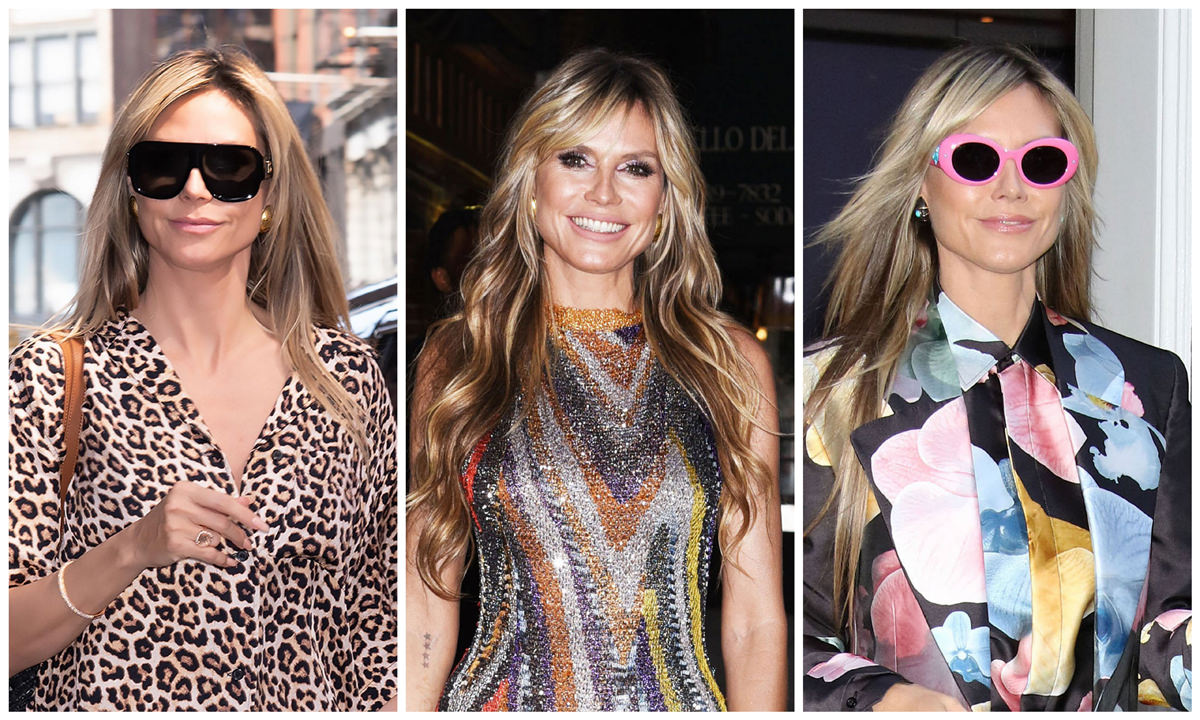 The hardest work hostess in reality television is out here on these streets wearing really loud fashion in order to remind you about her show. Yes, Making the Cut is back for its third season and we’ve gotta say, we weren’t entirely convinced that show was going to go the distance. Our fashion competition-recapping days are well and truly behind us, so we can’t say we’ll be tuning into the new season, but we’ll always have time for The Kluminator when she wants to hit the sidewalk in leopard and glitter.

At THE LATE SHOW WITH STEPHEN COLBERT in H&M Cute and low-key! If you can call wearing two different leopard prints “low-key.” Still, given how loud some of her promo style can get, this is kind of refreshing. Love the sandals.

At THE LATE SHOW WITH STEPHEN COLBERT in Missoni There’s your girl. It’s tight and shiny, just as God intended for her, but she’s opting to skip “short” for now. You can’t ever really go wrong in a beaded Missoni gown, so we’d rate the difficulty setting on this one to be pretty low for her. In other words, she probably found this as easy to wear as those leopard pajamas.

At THE TODAY SHOW in Georges Hobeika Georges Hobeika’s stuff can be pretty tacky – and this ensemble is no different – but it’s also kind of fun, not to mention extremely photogenic. We don’t agree with any of the styling decisions here, though. The bag and shades look cheap and juvenile, those sandals are meant for a skirt, and we’d have liked a solid blouse, possibly even a white one.

Previous post:
THE MAN WHO FELL TO EARTH Star Naomie Harris at the BFI Chair’s Dinner at Claridge’s: IN or OUT? Next Post:
Louis Vuitton Spring 2023 Menswear Collection