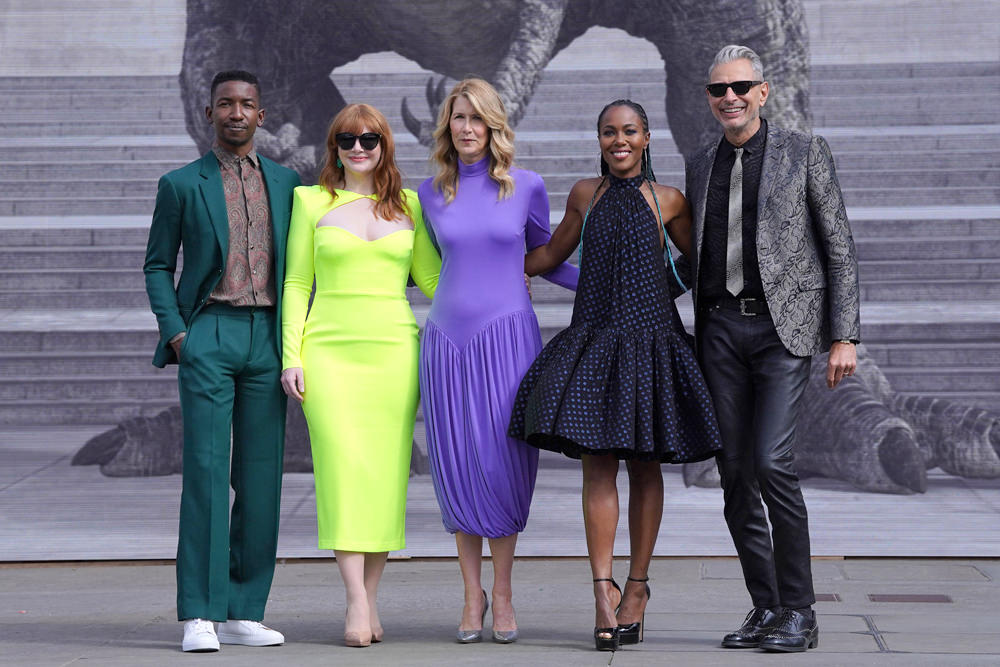 Two great suits and three weird frocks. We’re just calling it like we’re seeing it here. The Jurassic World Dominion tour keeps unfolding, allowing a little bit more of its cast out to promote it each time. We guess they’re holding on to Chris Pratt for the major premieres. Anyway, let’s further assess, shall we? Love the suit. We don’t think the muddy print of the shirt makes the best choice for pictures and we tend to think the cut of the pants works against the white kicks. Still, it’s a pretty cute look. She never fails to pick dresses with awkward proportions in somewhat stale styles and in a color that doesn’t suit her. She’s amazingly consistent about it. That hemline-to-shoe situation is tragic. This looks like something her Star Wars character would wear. As a design it makes a great sci-fi costume, but as a dress, it’s pretty awful. Everything about that skirt, from beginning to end, is a crime. She’s rescuing this with some pretty fierce styling, but it’s still a weirdly shaped dress. It only works because she refuses to let it overwhelm her. 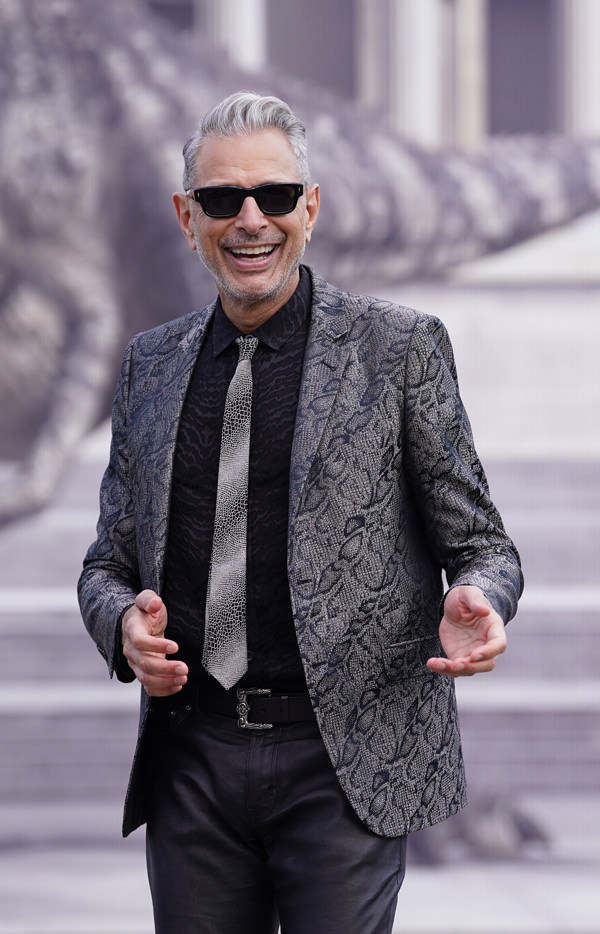 It’s The Goldblum. It what you expect and he delivers it every time.