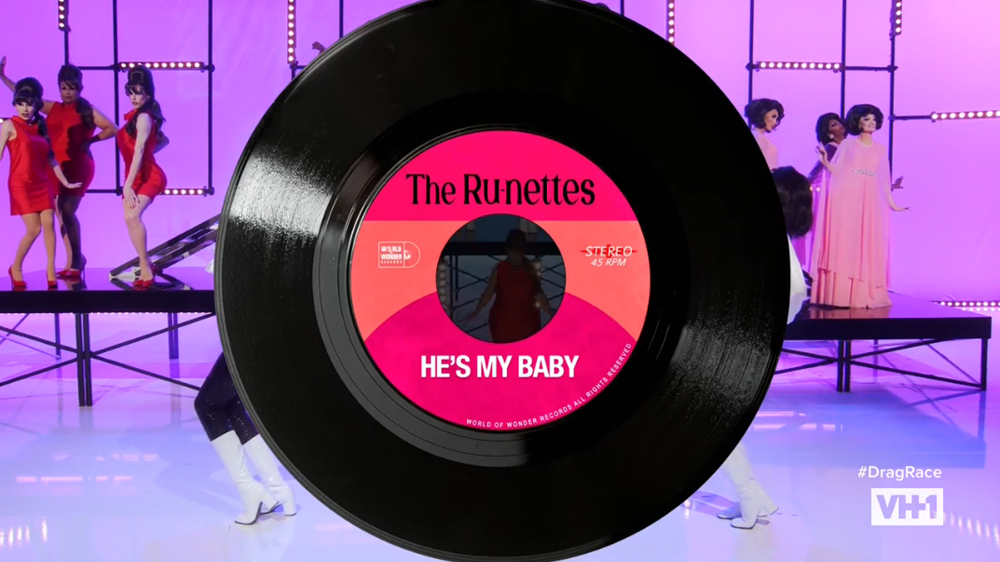 It’s become something of a standard refrain among Drag Race’s fandom that the main show hasn’t had a strong cast in several — some might say “many” — seasons. Last week, they served up the best acting challenge we’ve seen in years and this week, the remaining queens showed that they have what it takes to deliver on two of the most eagerly awaited challenges of every season: the Library and Girl Group challenges. It may be time to acknowledge that this season’s cast, while perhaps not legendary, is one of the best the show’s had in some time, which is a little ironic because we still don’t think the cast is all that heavy with world-class performers. But Drag Race is a pseudo-competition that doesn’t necessarily require training and performing skills in order to advance. It just wants its queens to give everything they’ve got to anything asked of them. We think Bosco won the Library challenge easily, but we also think that was the first read session in a long time where pretty much every queen delivered. Our metric here comes down to how much time we spend watching a read session through our hands, embarrassed on behalf of whoever’s currently failing. We were too busy laughing at the reads to be embarrassed for anyone. To be fair, Daya and Jasmine were probably the weakest, which makes sense given how distracted they both seem to be by each other. For the main challenge, we were treated to the usual jockeying, but for the most part, the roles got chosen/assigned without too much in the way of shade or bitch-talking. Except for Daya, but even then, we tend to find her petulance and stubbornness more annoying than villainous. We suspect most of the queens feel the same way, because they seem more willing to indulge her than fight with her. Granted, she and Jasmine left things simmering and we suspect their disagreement is not yet behind them, given how the judging shook out this week. As we said last week, when Drag Race actually gives the queens good material to work with and supports their efforts with high-end sets and staging (as opposed to making them do everything in front of a green screen), the results are outrageously entertaining, not least because all that support forces the queens to step their pussies up. Drag Race is at its best when it places all the emphasis on the performances and not on creating drama by fucking with the contestants. We assume all of the costumes and probably even the wigs were provided for the girls. If that’s the case, further kudos to whoever did their homework, because all three groups are dressed exactly like their inspirations. The costumes for the Shang-Ru-Las are pretty much direct recreations of a classic Shangri-Las look. Bosco, Willow and Daya all worked together to great effect in last week’s acting challenge and continued their dominance here. The Ru-Nettes were also provided a classic Ronettes look, although we think it left them at a slight disadvantage because these are the least theatrical costumes out of the three groups. Having said that, Deja really nailed the Ronnie Spector style of singing and she was pretty smart to take over the choreographing duties, because it looked like she essentially turned the other two into backup singers. A classic girl group diva move if ever there was one. We heard some grumbling on social media that Jorgeous should’ve been in the bottom for sing-talking her way through the song, but as we said, these challenges are less about being technically perfect and more about giving it your all and creating a character. We wouldn’t claim she was fantastic, but we definitely think she did a better job than the surprising robotic Jasmine. The Ru-premes got to recreate the looks the OGs wore on the Ed Sullivan show in 1966, but they sure didn’t recreate their elegance and charisma. Angeria absolutely slayed as the Diana of the group, but Kerri was completely out of her element and Lady Camden was surprisingly messy. You can’t stumble and fumble your way through a Supremes homage. You have to do it chin up, tits out, and with perfect poise and confidence. The runway category was “Heart On” and the queens interpreted it widely, which is always nice to see. Safe girls first: Willow’s costume was fucking amazing and we don’t quite get how she wasn’t in the top this week. We also liked Bosco’s look quite a bit, although we wouldn’t have put her in the top. Jorgeous keeps getting by; not the worst, not the best – which is how we’d classify her latest showgirl look. The judges really loved Daya’s Club Kid look. We thought it was great, but we also thought it was yet another look that came a bit too close to Crystal Methyd. Deja’s anime superhero was cute and unexpected. Jasmine’s look was okay, but it’s becoming increasingly risky on Drag Race for any queen to rely on a nice gown to get her through. We loved Angeria’s look just for being unexpected, but we agreed that the heart motif seemed a little slapped on. We were happy to see Kerri do something really draggy and weird instead of another pretty lady look. It’s a shame about the fishnets waistband. She’d have been better off with a full fishnet body stocking underneath. Lady Camden’s look was cute, but like Jasmine’s, it felt a little stale. We tend to think she was handed the win more for story reasons than because she was the best of the week. If we’d had our way, we’d have given it to Willow. Going into the lip sync, we’d have laid money on Kerri eating Jasmine whole, but it really was a good matchup. Jasmine put more power into her moves and we think it was a deliberate flex that she continued the number with only one shoe on, instead of kicking it off, as if to prove how good a dancer she can be. Regardless of the outcome, it’s worth pointing out that the show has progressed to the point where two trans women competing in the lip sync doesn’t even seem like a big deal anymore. She’s a gorgeous queen and she’s loaded with charisma, but we also think Kerri had given everything she was going to give in this competition.