It’s a BIG, FLAMBOYANTLY QUEER STYLE SHOWDOWN, darlings! Have you ever heard of anything more fabulous? 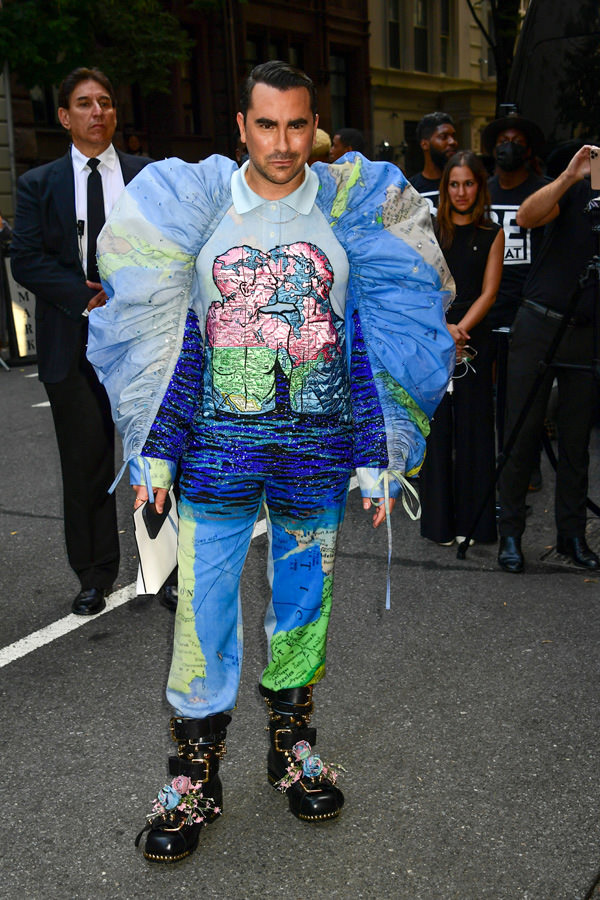 Lo’s Defense: I knew who one of the entries in this showdown was going to be and I’ll leave it to my husband to make the more obvious choice. I wanted to nominate this look to ensure that Lil Nas went up against someone just as flamboyantly queer and ballsy as him. It wouldn’t make sense to nominate a Chalamet in this situation. Dan’s insanely over-the-top salute to queer artist David Wojnarowicz is poignant, powerful and unforgettable. It took guts to wear this and while I don’t think there’s much chance of him winning this one, I felt it was important that his choices be represented. Tom’s Defense: I mean, come ON. I’m not even sure what I’m supposed to say here by way of a defense. There’s no need to defend this, only to celebrate it for its boldness, its queerness, it’s insane levels of fabulosity. And it’s not mere spectacle. A Black queer man declaring himself the king of the Met Gala (more or less) is a powerful image. On a night when so many men stood out for their bold style takes, it’s nearly impossible for me to come up with anyone who could be considered a bolder, more memorable presence on the red carpet than him.

Which one of these nancy boys ruled the Met Gala red carpet the hardest, kittens? You make the call!

Previous post:
“Mare of Easttown” and “Hack” Star Jean Smart for Variety Magazine Next Post:
Pop Style Opinionfest: Sandy and Megs, Having Themselves a Week