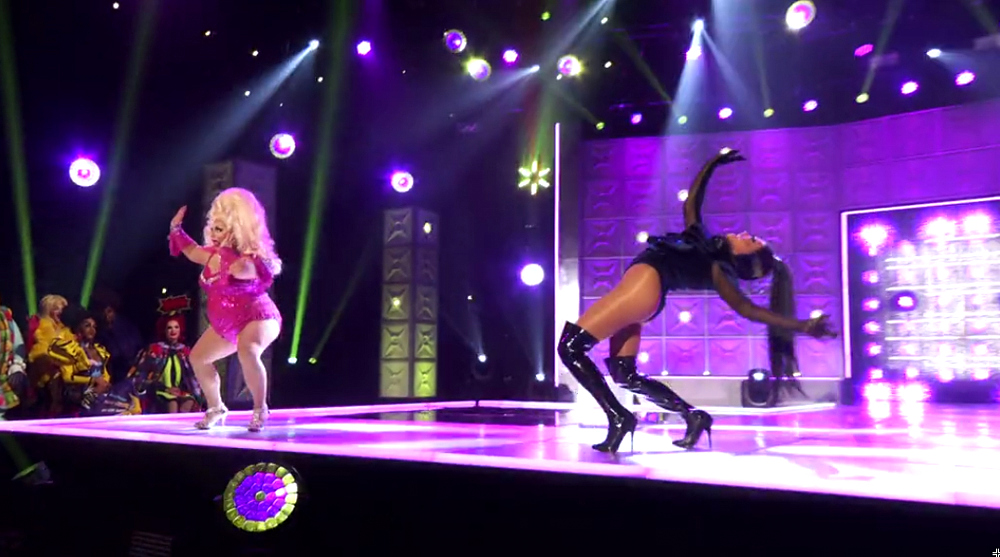 Just last week, we were saying to each other that we should do some sort of Legendary Children update and lo and behold, nothing less than the New York Times came to our rescue, with a lovely shoutout to the book in an excellent article about the history and ubiquity of lip-syncing in modern culture by Amanda Hess.

How did we get here? Lip-syncing was so ubiquitous in early musicals that in 1952, “Singin’ in the Rain” relied on it even as it critiqued it: Debbie Reynolds, playing the actress who sings for the star, was herself partially dubbed with the voice of the unheralded singer Betty Noyes. But while films were using lip-syncing to build pitch-perfect Hollywood numbers, drag performers were doing it out of sly necessity. As Tom Fitzgerald and Lorenzo Marquez detail in “Legendary Children,” their cultural history of “RuPaul’s Drag Race,” drag shows were criminalized in early 20th-century America, and evading harassment meant performing at underground clubs and house parties where live music was often out of reach. While movie musicals hoped their lip-syncing created a naturalistic illusion, drag leaned into the artifice, building a commentary on the source material by challenging its gender norms.

This thrills us for a lot of reasons; not least of which is that it’s the New York freaking Times, but also because it’s been eighteen months since the book was released and it’s just fabulous to see a reference as big as this one pop up at this stage. One of the many things we hoped for when it came to this book’s success was the idea that it would live on as a reference guide for queer culture. What makes us even more thrilled is that this citation is less about the research presented in the book and more about a specific argument we devised in the writing of it. No one can trace the exact origins and pioneers of drag lip syncing, but our extensive research on queer social norms of the early 20th Century led us to formulate the idea that the practice likely originated in gay house parties and underground illegal gay bars that otherwise couldn’t offer entertainment.

Anyway, you probably know this already because you read the book, right? We can’t imagine that you haven’t by now! What could you possibly be waiting for? Did you see the mention in The New York Times? This thing’s red-hot, we’re telling you.