The stars of Marvel’s Shang-Chi and the Legend of the Ten Rings came out for big, old-fashioned Disney-fueled red carpet extravaganza, just as the ancients used to do in the Before Times. Hello, let’s celebrate that! But let’s also judge their efforts, just as our ancestors used to do in the days of olde, when red carpets ruled the earth. We appreciate what would seem to be a deliberate reference toward various martial arts uniforms, but we really don’t like the proportions. She’s been wearing such fabulous outfits this week but we’re sorry to say this one turned out to be a real disappointment. Again, loving the referential nature of the outfit, but as fabulous as that coat is, it looks like it needs a little more room in the chest. Also, the pants and shoes are not red carpet ready. We probably have a bit of a bias against white dresses on red carpets because they don’t always photograph well and because we think they tend to be dull. This, on the other hand, is spectacular. It almost looks like it’s made out of paper, which is a striking effect. The …necklace? Choker? Whatever you want to call it, it’s stunning. 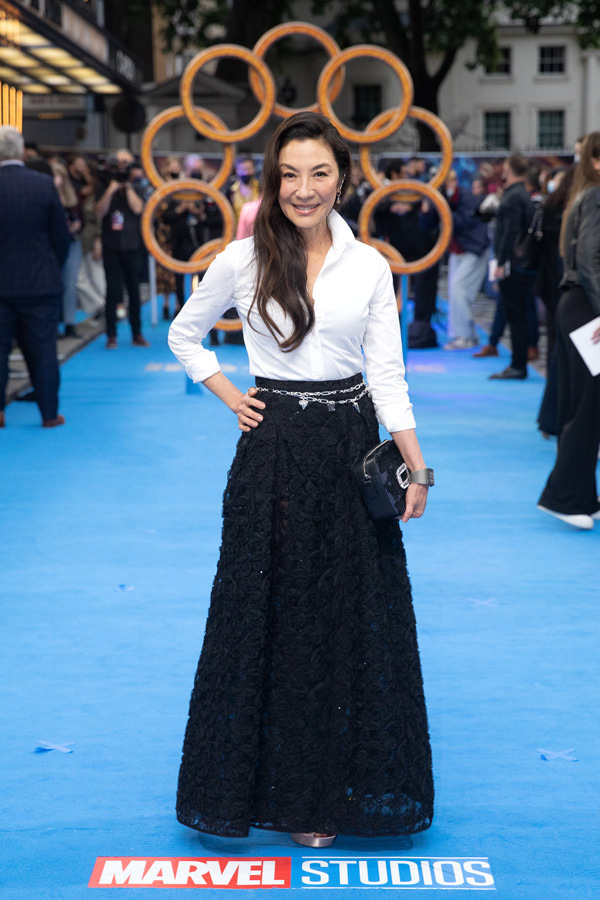 We can’t say we’re in love with a floor-length black lace skirt as a concept, but this is a smart, sharp, low-key look that really comes off chic, especially with the jewelry choices (not so much the watch, though) and her gorgeous hair blowing in the wind. Just pure gorgeousness and swagger. LOVE the jewelry. The shoes look a little big on him, though. We’re not huge fans of monochromatic menswear looks like this, but the color looks amazing on him and the effect really suits him.