Home » Television » The “And Just like That” Cast Reunites with... Over the weekend, new pictures dropped of the Sex and the City ladies shooting their reboot series And Just Like That. This time, they were joined by former SATC cast members David Eigenberg and Evan Handler, returning as Miranda’s husband Steve and Charlotte’s husband Harry. They were also joined by Willie Garson and Mario Cantone as (evidently still inexplicably married) gay besties Stanford and Anthony, and actors portraying Charlotte’s daughters Lily and Rose and Miranda’s son Brady. A total family reunion all around. With one notable cast member missing from the picture (and we don’t mean Kim Cattrall). 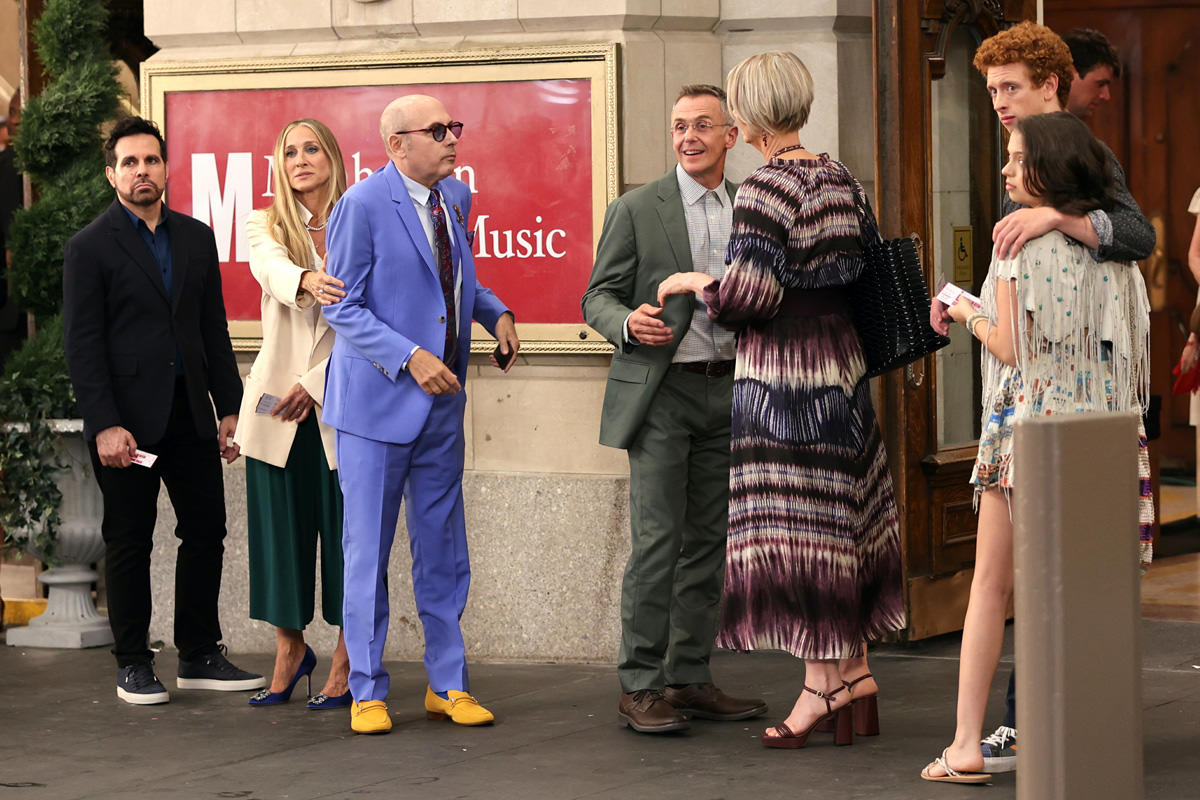 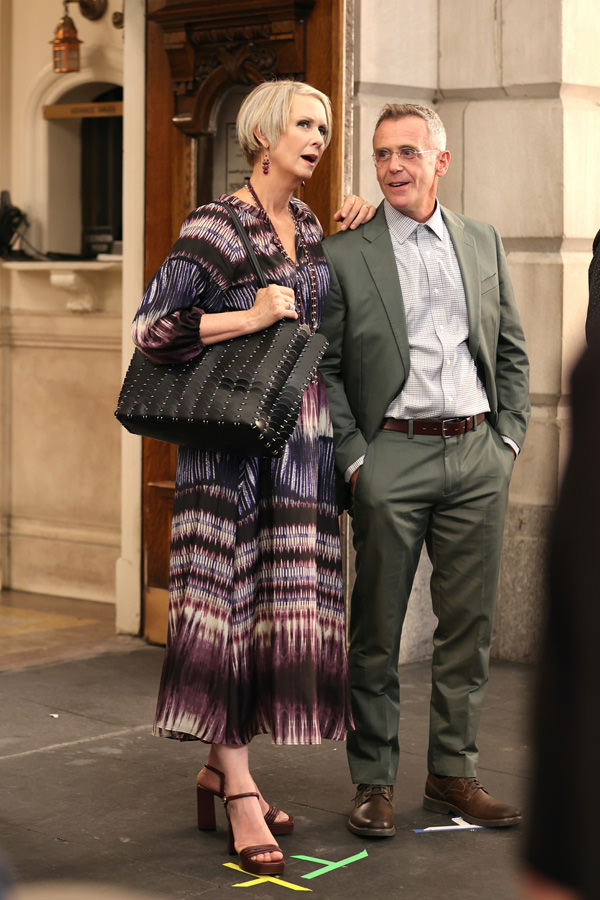 Everyone looks great (and yes, Charlotte would absolutely do the Mommy and Me dressing with her nearly grown daughters). Where is Chris Noth, aka Mr. Big? Well, that is the question, isn’t it? Notice that Carrie’s wearing the iconic Manolos from her wedding.