Helena Bonham Carter took the occasion of the first real red carpet in ages to declare a new style for herself. Or it felt that way, at least. For as long as we’ve been writing about celebrity style, her go-to was always a quirky sort of steampunk vibe we once described as “Victorian London streetwalker.” In recent years, she’s gotten a bit away from the lace-up boots, fitted jackets and pseudo-bustles she once favored, but we still would have classified her look as vaguely in that neo-19th Century style. 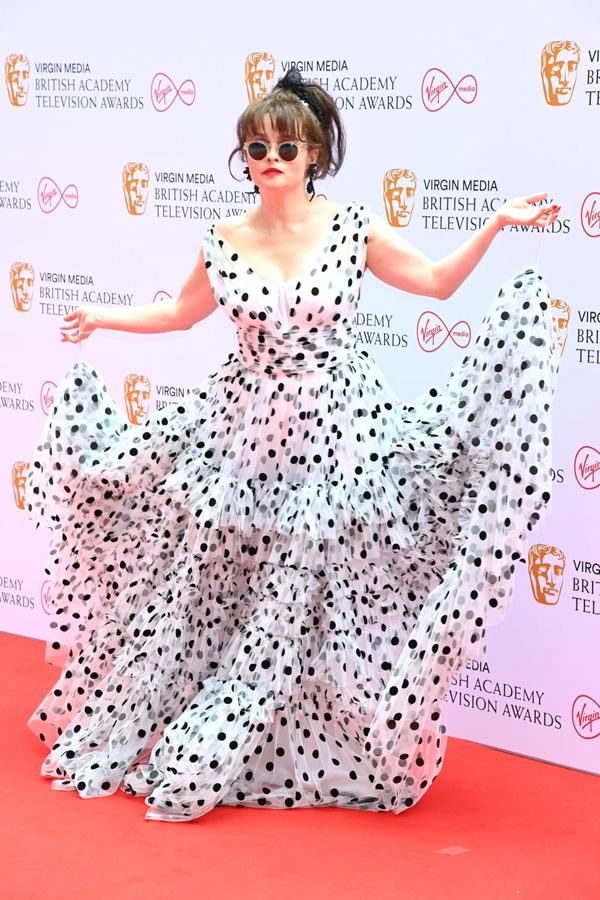 We love it. It feels kind of refreshing and more up-to-date than her once go-to style. It’s got the same love of drama (there was no way she wasn’t going to go all in on working that skirt) and sense of retro-coolness (she’s one of the very few who makes wearing shades on a red carpet look unpretentious), but there’s a youthfulness and looseness to it that simply looks great on her. We’re not usually fans of unfussed hair with formal gowns, but it really works for her here. She’d look weird in some polished coif. We wonder if unfussed hair will be more of a post-lockdown norm on the red carpet. Seems like the right time for it. Hitchcockian lacquered up dos or huge professional blowouts feel increasingly alien to the moment.