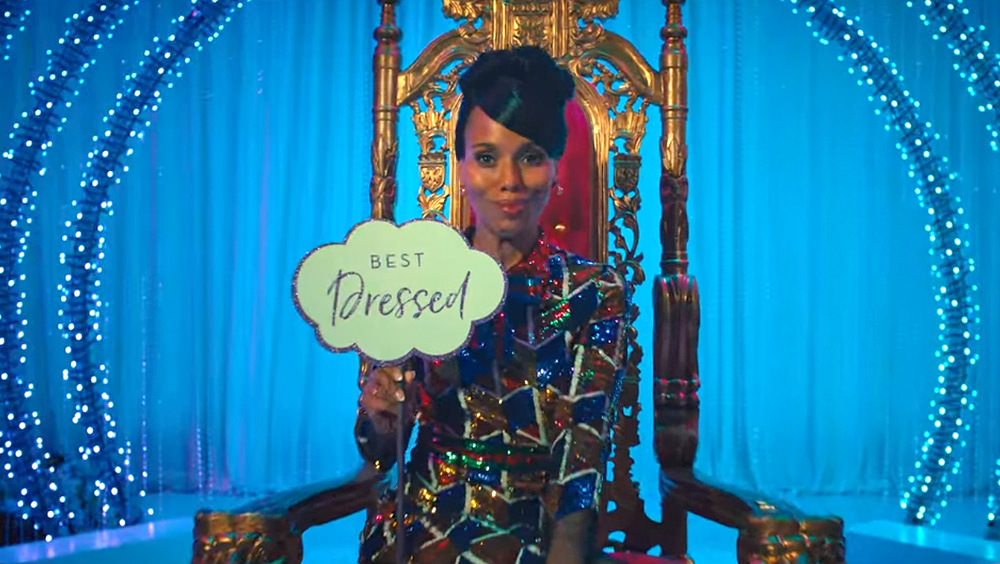 Lorenzo came to Tom, hands aflutter. “Kerry posted about the dress – you know the dress? The one she wore at the end? It’s Gucci. We HAVE TO.”

Tom, being joined to Lorenzo at the hip for the better part of a quarter century, understood that Lorenzo was referring to Kerry Washington and the dress she wore in the finale to the recently dropped queer teen musical confection The Prom (which we reviewed on our podcast). Tom also understood that said dress was drop-dead fabulous in Lorenzo’s eyes and that he’d probably look for any excuse to feature it.

The excuse in question:

She ain’t wrong. It’s an amazing dress that’s impossible to ignore onscreen, even in a neon-and-sparkle finale. Although we don’t like the tulle parts. What makes it work as a costume is that they barely register onscreen. 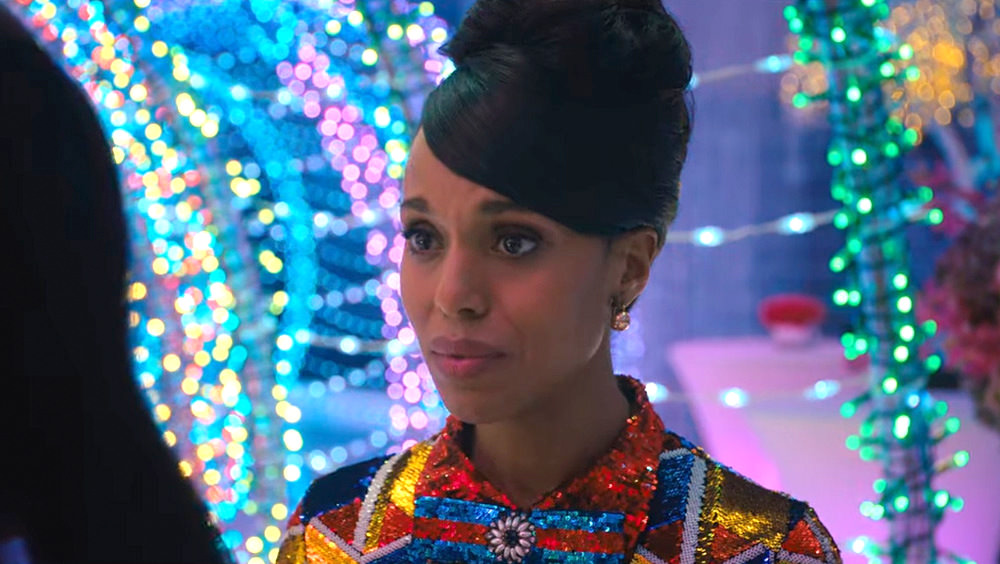 Did it make ANY kind of sense for a homophobic PTA mom in Indiana to be sporting a Gucci dress with enough sequins to choke Cher? No, but we’re not here to talk about meaning and sense, darlings. We’re here to agree with Miss Kerry that this really is a fabulous frock.