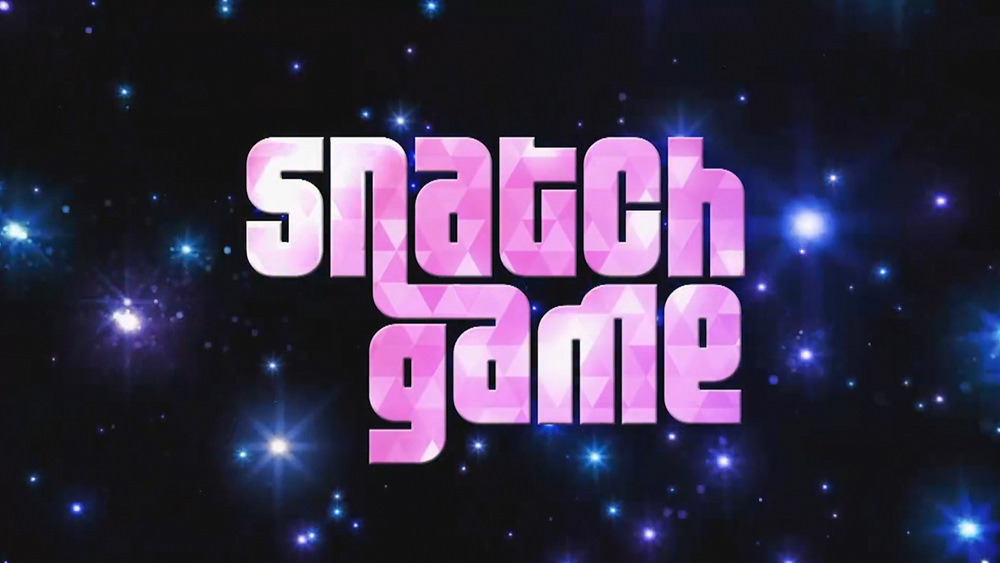 With this episode, Drag Race Holland reaches full Drag Race franchise realness by passing two different milestones that define the show. The first is Snatch Game itself. The second? DRH has avoided this moment up until now, but it just wouldn’t be a Drag Race show if the judges didn’t make some fucked-up, problematic choices. Congratulations, Sederginne. You got Jimbo’d. And Pandora’d. And Jujubee’d. And on and on and on. Drag Race has always found it hard to hold onto and properly reward the charismatic funny girls when they’re up against the pretty girls. A few comedy queens have managed to break past the show’s natural tendency to reward glamour over the years and stand out, if not win (although it’s hard to claim Bianca or Katya or even Trixie somehow eschewed glamour), but we suppose Drag Race Holland had to give us one of these moments just to make it feel part of the family. The Clown queens are always going to have an uphill battle in a competition designed to mimic a pageant. That wasn’t the only weird decision or comment by the judges. Even the mini-challenge results produced a “WTF?” reaction from us. We used to think it was odd that there were challenges built around stripping all the drag away and posing naked, even if it does embody one of Ru’s most famous quotes. But after *ahem* writing a book on the show and its inspirations, we think it makes much more sense in the context of both exploring the art and technique of drag while also highlighting the emotional undercurrents of it. Drag, as a lot of drag queens will tell you, is a way of making sense of the world as well as a way of removing yourself from it in order to become someone else for a while. It’s an art form that’s built around artifice that reaches its greatest potential when there’s also an emotional core to it. Knowing that some drag queens take up the art to shield and armor themselves from the slings and arrows of the world, this challenge is actually a pretty great way to get the queens to tap into their deepest selves. But as Sederginne noted, in the Grindr age, it’s not nearly as hard as the show sets it up to be and most of the queens had absolutely no problem showing it off. Which is why it makes no sense whatsoever to ignore the one queen who struggled most with the challenge and delivered as good as anyone else. Everyone else was flapping their dicks around and cracking jokes, but Envy actually burst into tears. They all did fairly well, but why have a challenge like this and then not reward the person who delivered the exact reaction you were looking for? We couldn’t possible attempt to assess the Snatch Game challenge to any real depth, seeing as how we only recognized one of the characters. That it happened to be the best Snatch in the game according to the judges made it at least a little easier to follow. ChelseaBoy really nailed this one. Still, it was something of a shock to realize Joe Exotic, who became an international obsession just as the pandemic started forcing everyone home, has now been around long enough to become a Drag Race Snatch. We have no idea who she was playing but it was clear Envy had a game plan and stuck to it well. We didn’t find it hilarious because we were out of the loop, but everyone else sure seemed to love it. Even with confusion hanging over us through the whole challenge, the reactions to the Snatch Game made sense to us. It was on the runway when things went off the rails again. Let’s run through this. Half-male, half-female drag performing  has a long history to it and the queens were asked to interpret it for the runway. You would think, after over a decade on the air in various forms and with the social awareness of non-binary drag performers and trans drag performers, that the judges wouldn’t have been narrow in their definition of what constitutes appropriate male behavior or expression. Abby OMG’s look was fine, but the judges gave her flack for winking, which they didn’t consider masculine. Envy’s look was a better version and we completely agree with her winning the week (even if she should have gotten more recognition for her bravery in the mini-challenge) but again, they mentioned her O mouth and how un-masculine it was. Ma’MaQueen stood there and told the judges that they’re non-binary and they STILL took them to task for not expressing maleness in the conventional manner. HOW does a show like this wind up criticizing a non-binary queen for not being masculine enough? How could they not feel things slipping just a little out of control there? They similarly went after ChelseaBoy for the same thing and again, if you look at it from the perspective of a presumably gay male drag queen, it makes sense that he would express his maleness through nudity and his femaleness through drag. It’s not that hard to see the point, judges! Janey’s mirror idea was well executed but both sides of her look were unimpressive. But because she did strict boy-girl, they loved it – even though they wound up lightly mocking his boy side FOR WEARING PINK. Sederginne, bless her heart, had an absolutely terrible idea that she executed terribly. We can’t really say she didn’t earn her criticism or her place in the bottom, given her apparently underwhelming Snatch. We both sat through this lip sync muttering about how it was Abby’s time to go since she has nothing but looks, but in the end, that’s exactly what saved her. Sederginne is clearly the more talented queen of the two of them, but he just looked so awful in that getup that it was hard not to see Abby’s as the better performance. What’s so odd about this is that he’s been so great at turning out comedy looks that also hit high-glamour heights, but this is, we’re sorry to say, one of the absolute worst runway looks in the entire history of the Drag Race franchise. We’re pissed he’s gone and we’re pissed that the judges made some very problematic comments and critiques, but Sederginne did the one thing Ru begs all the queens not to do. He fucked it up.