Time to shine a spotlight on Miss Bebe. Why? Because she never fails to make a statement on the red carpet, she clearly loves fashion and best of all, we don’t think she’s getting it quite right, which gives us all something to talk about. Bebe? Please step into the judging circle. We promise not to be bitches. But okay, we also kind of respect it. The skirt is simply terrible. An interesting idea rendered ridiculous because someone lost track of the proportions in the design process. Quite a few designers have played around with some form of panted gown design in the last few years. It’s a tough hybrid to pull off but we keep holding out hope that someone’s going to eventually nail the exact design that gives you the formality and sweep of a gown and the practicality of pants. This ain’t it. The fabric’s nice, the idea’s sound, but that umbrella of a skirt is just too much.

Bebe Rexha at the 2019 Grammy Awards in Monsoori 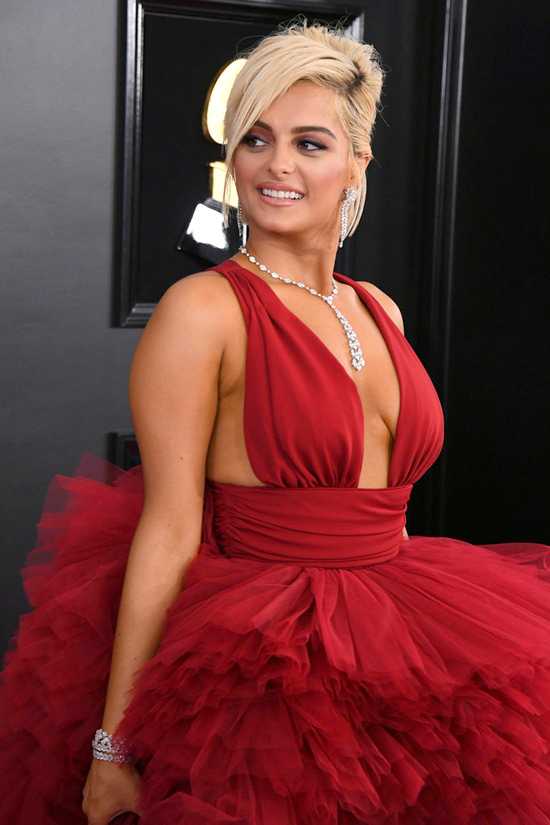 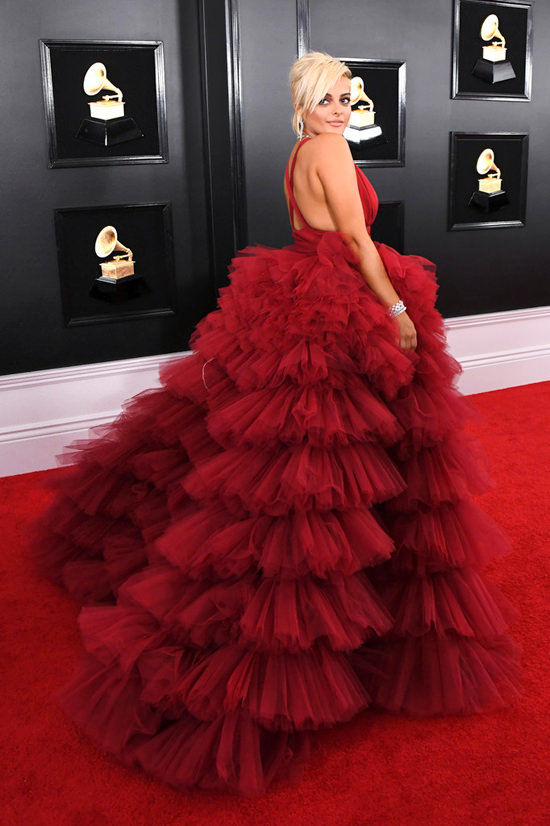 Meh. It’s not awful for her, but it looks a bit like a Siriano knockoff. Not loving all the volume in the bust and waist and the makeup looks a little harsh, although that could just be bad lighting. It’s fine, just not our fave. We appreciate that she likes looks with a lot of drama and size to them, but as Nina so lovingly put it “The taste level isn’t there yet.” The results seem to be either a bit goofy or a big generic.