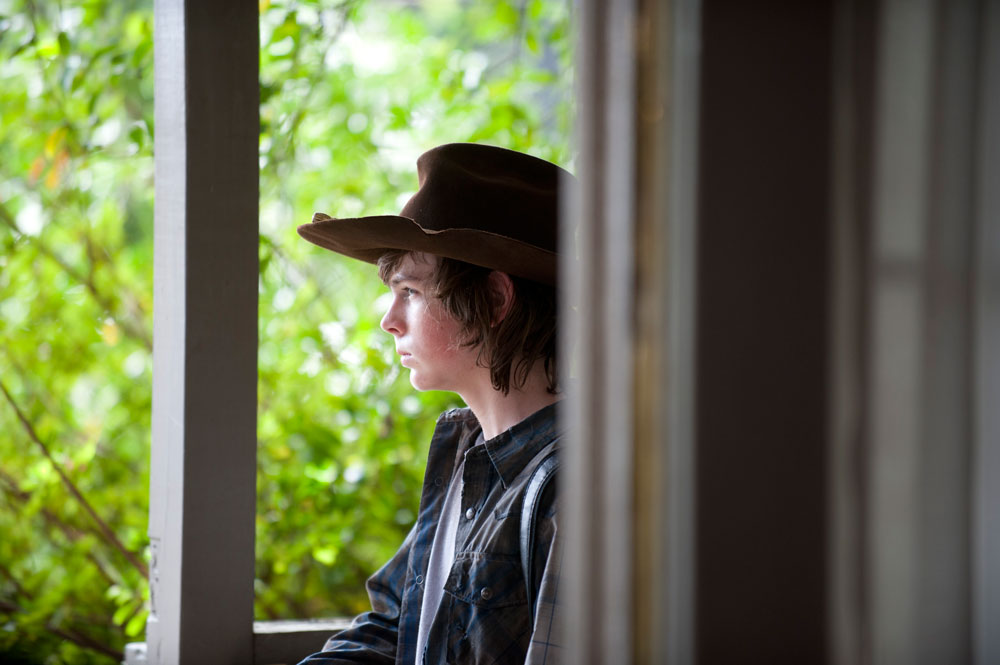 Alrighty, then. It’s like the creators of this show sat down and said, “Okay, our first priority is making those two bitches Tom & Lorenzo happy. How can we do that?” No? It didn’t happen that way? We’re egotistically self-centered and solipsistic? Tell us something we don’t know.

But look: we’ve been saying for quite some time that the show lacked a direction and that its point of view was too relentlessly bleak and unimaginative. We wanted characters that were going some where, with a plan or at least the idea of a plan. We wanted people we could care about, instead of a bunch of mostly interchangeable brooders and nutjobs. We wanted someone to address the idea of getting civilization back on its feet and seeing whether anyone outside the Georgia backwoods actually survived. We wanted to meet new people with interesting goals or plans, rather than more psychos and rapists and other sorts of second rate Mad Maxes. In short, we wanted reasons to keep coming back each week because for the life of us, we couldn’t come up with any ourselves. Well. We got all of that with this episode. It was like we checked off items on a room service menu and hung it on our TV, waiting for them to be fulfilled.

We’re not going to get ahead of ourselves, though. As much as we’re interested in Gingerbar Mustache and Doctor Mullet and Tank Girl,  they did come across pretty jarringly cartoony. But they challenged the status quo of the story AND they didn’t sexually assault anyone or chop off anyone’s head, which is a major plus. Their quest sounds ridiculously paper-thin and almost certainly doomed on every level you could imagine, but it got us – and more importantly, Glenn – thinking about a world beyond the tiny one we’ve been living in all this time. Just as this sanctuary that everyone seems destined to wind up in has us leaning forward in anticipation. We’ve been saying it all along: just give the audience things to look toward. It doesn’t have to be happy things or realistic things, but it needs to be more than “Let’s hang out at this farm until it all falls apart,” or “Let’s live in this unbelievably depressing prison because we’re tired and desperate.”

The show also seems to have a newly casual attitude about introducing random new people into the mix, embracing wholeheartedly something the show was very reluctant to admit up until now: a significant number of people have survived the apocalypse. Rick and his group have made the mistake of thinking there was almost no one left, but they just keep running smack into new people and even new groups every time they venture a little bit outside their safe zone. This, to us, seems more real and a whole hell of a lot less bleak. We like the idea of more random encounters and more people in the mix. You know damn well that Rick’s little band of marauders are going to make another appearance at some point.

Speaking of which, kudos to the show for what may have been the most tense sequence in its history: Rick’s escape from that house. The show had some amazingly scary and tense scenes over the years, but it largely lost its mojo on that front a good while ago. Rick getting out from under that bed and escaping the house (mostly) undetected had us forgetting how to breathe for a few moments. Very well done filmmaking. More of that, please.

And finally, more of the kind of interactions we saw with Michonne and Carl, even if they did sometimes skirt right up to the line of being cheesy. As much as we want new blood and new direction for the show, we also want the existing characters to get a chance to introduce themselves to the audience and each other, in a way they really haven’t before now.

It’s funny, but the Governor attacking the prison was the very best thing that ever happened to the show because it gave them the opportunity to really blow up the status quo. It says really good things about its future that the show’s creators saw the opportunity, ran with it, and so far at least, have been knocking it out of the park.

Previous post:
Anne Hathaway Shopping at Off The Wall Antiques in LA Next Post:
IN or OUT: Mindy Kaling in Salvador Perez at the 2014 Costume Designers Guild Awards
blog comments powered by Disqus