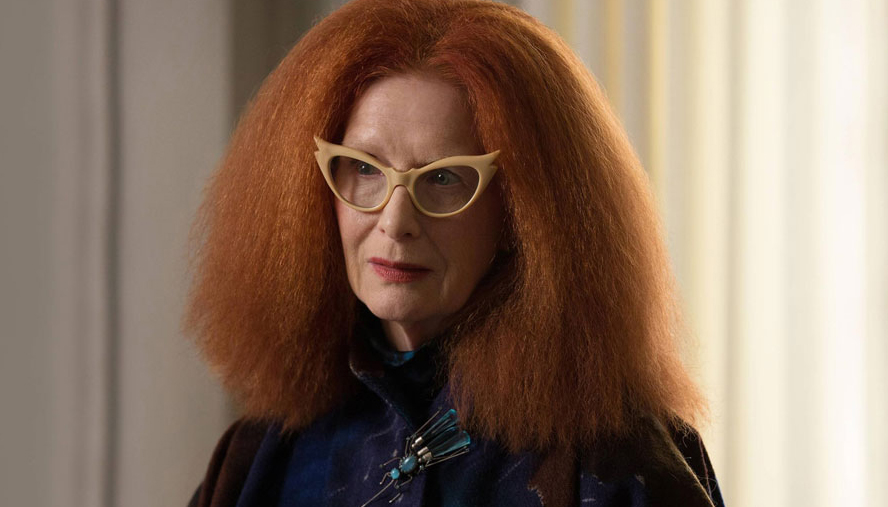 Hey, remember when we said we didn’t credit Ryan Murphy & Co. with the ability to tell a story about race in America with anything approaching sensitivity or thoughtfulness? Good times. And hey, how about that scene last night where a bunch of black people get gunned down by a white man, intercut with actual footage from the civil rights movement? We bet when those young African-American men of a half-century ago were having fire hoses turned on them or dogs set loose on them, they were thinking, “This’ll make great footage for a montage in a TV show about witches written by a white man some day!” Honestly, it’s almost laughable.

And the shame of it is, there was a lot about this episode that worked for us. The plot moved forward in a big way, characters are interacting in new or interesting ways – Misty and Cordelia (which sounds like a series of mystery novels) is our new favorite pairing in the cast – and the main conflict driving the story has been both radically redefined and streamlined at the same time. The Big Bad has been revealed and it’s a bunch of corporate white guys in suits, a metaphor that – credit where it’s due – is kind of clever. Or it would have been if it hadn’t unfolded so sloppily. You see, while the coven and the Voodoo priestess have been warring with each other, neither of them have been paying enough attention to the order of male witch hunters who are lingering just outside their doors. And sometimes inside them. There’s a rather heavy-handed point about politics and race relations in America being made here; that it’s mainly just a smokescreen to keep the public at each other’s throats while corporate interests pull the strings in order to enact their shadowy agendas.  This is what AHS has always done best: exploring and exploiting specifically American fears and obsessions;  abortion, kinky gay sex,  aliens, teenagers shooting up schools, Satan, angry black people with power, etc. Add corporate overreach to the list with this episode. Granted, the witch hunters sound more like something out of Buffy or Supernatural, but that’s not necessarily a bad thing or an unexpected one, considering how relatively light and campy this season has been, decapitations and melon ballers notwithstanding.

But our complaint – and you just knew we had one – is easy to figure out, considering all our prior bitching: these developments (specifically the witch hunter one) shouldn’t be dumped on the audience all at once, this late in the game. There was a TON of narrative wheel-spinning earlier in the season. So much time wasted that the show never really got around to telling  us what the story was about until this episode. You can always expect sloppy writing with this show, but the pacing this season hit a new low. This would have been so much more interesting if it had unfolded just a little more organically, rather than the fits and starts of a typical Murphy joint. Great actresses can only carry so much of the story when there’s hardly any story being told, after all.

But the usual disclaimer applies: We’re in it until the end and watching these fabulous broads hiss at each other is reason enough. It’s still fun. Frances Conroy with the melon baller may wind up being our favorite image of the whole season. And we’re genuinely interested to see where things are going to go, now. We’re not particularly invested in one outcome but we’re curious as to how it’s all going to shake out.

Previous post:
American Horror Story: The Sacred Taking Next Post:
DOCTOR WHO: THE TIME OF THE DOCTOR