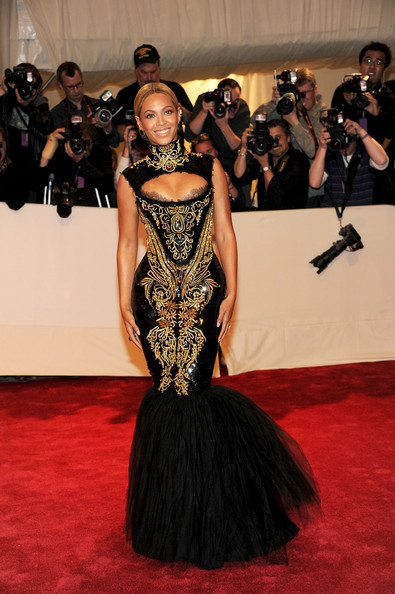 That’s all way too much. We fully support the idea of attendants at the Met Gala bringing it as best they can and working more out-there looks, but it’s just too much, kittens. She reminds us of an Elvis-on-velvet painting. One that’s having trouble breathing. Seriously, could that thing be any tighter? Her boobs and head look like they’re about to pop off. 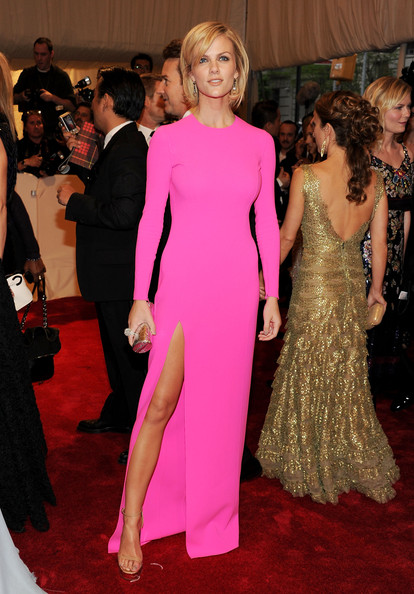 It’s kind of striking in its simplicity and the color suits her. We don’t love it, but it’s a good look for her. 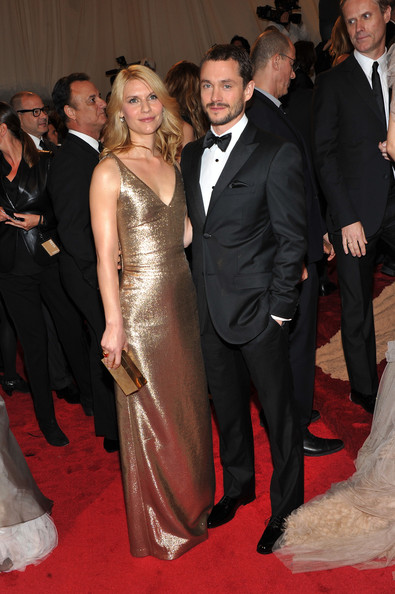 It’s pretty, but boring. Together, they’re more than the sum of their parts. They’re each other’s best accessory. 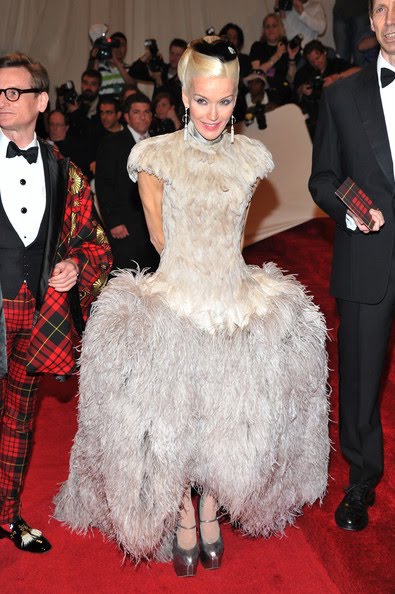 God bless this woman. You know, if Barbara Hershey had worn this all through Black Swan, we would have liked that movie a lot more. 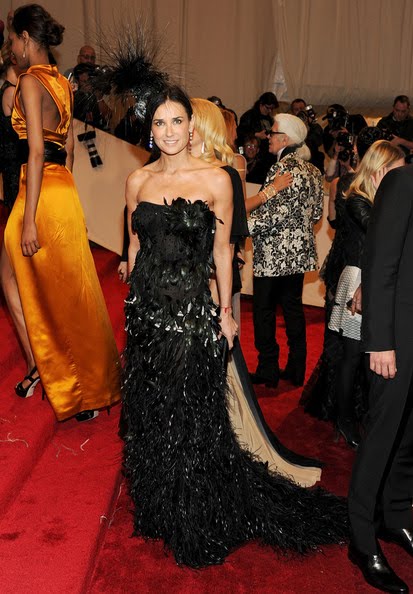 What did we say about the hats? A bunch of celebs were dying to be at the Royal Wedding, so now we’re going to have to put up with them swanning about the red carpet like they’re at Ascot with the Queen. The dress looks good, though. 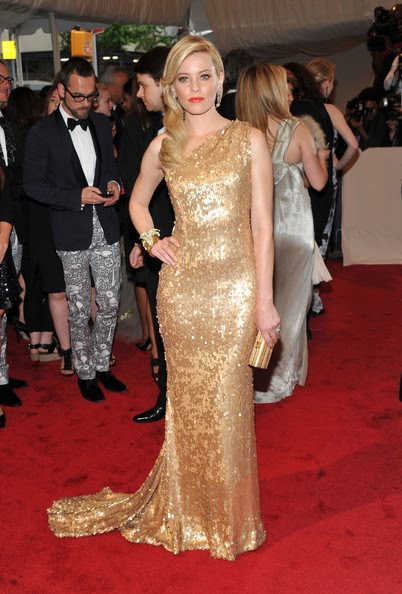 On paper, this would be boring; especially since so many women seem to have defaulted to this dress for the night. But it really suits her. She looks fantastic. Great hair and makeup. 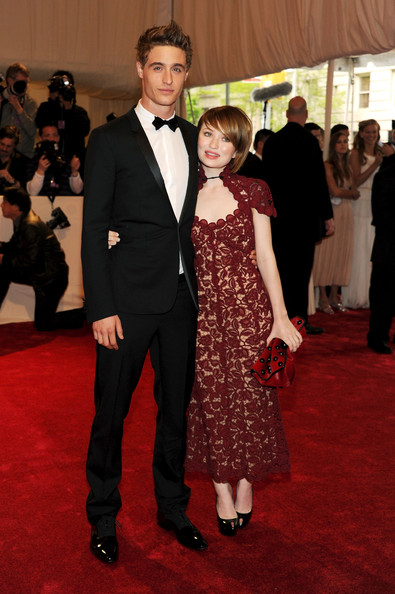 It’s a bit too prim and understated for the event. And her purse doesn’t go with it. He could wear those pants as footie pajamas, the hem is so long on them. 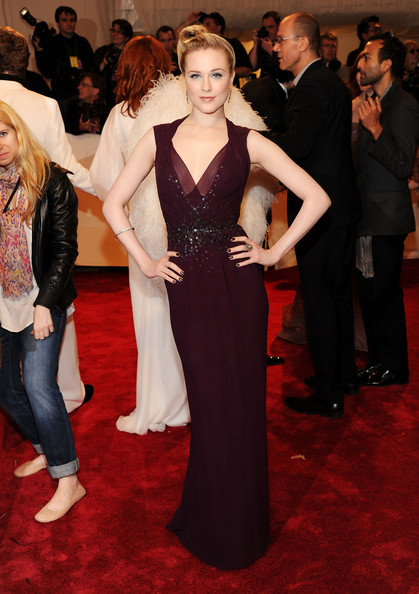 Very pretty, if surprisingly understated. Then again, she’s been toning it down considerably lately. This is all perhaps a bit too close to costume-y since she decided to go for 1940s hair. We think a more modern hairstyle would have kicked this up a notch. 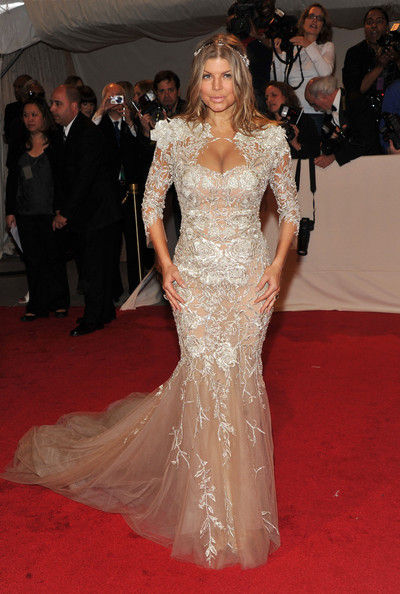 The hell? Why is Fergie dressed like she’s there to get married? Was she confused? Is this some sort of post-Royal Wedding Fever breakdown? Did she spend the evening randomly telling men that she pledges her troth to them?

You know, we can almost believe she did. 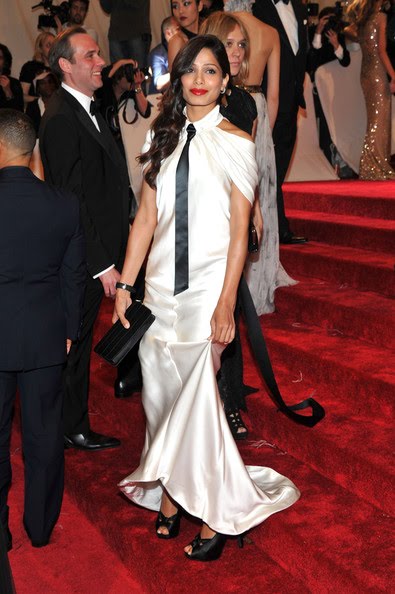 It’s cute, but we can’t help thinking it would look better as a simple halter. The sleeves detract from the simple wit of the dress. 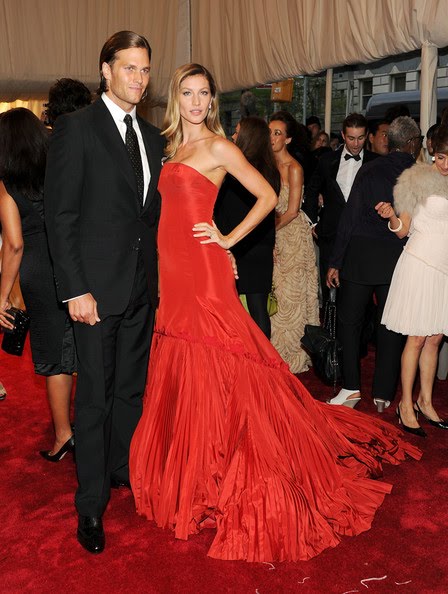 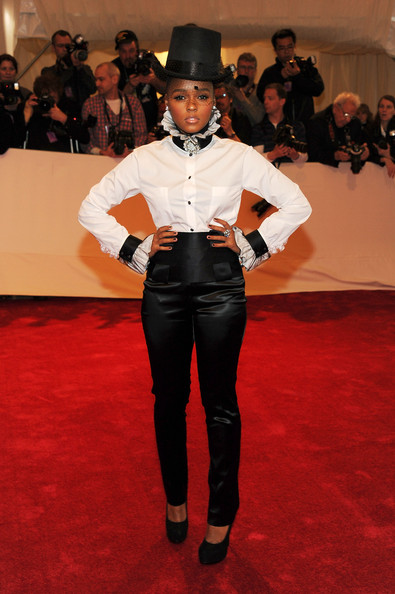 It’s kind of beyond our bitchery, being a costume and all. We’re a bit tired of the look, but she dressed it up well enough. The pants don’t fit that well, it seems. 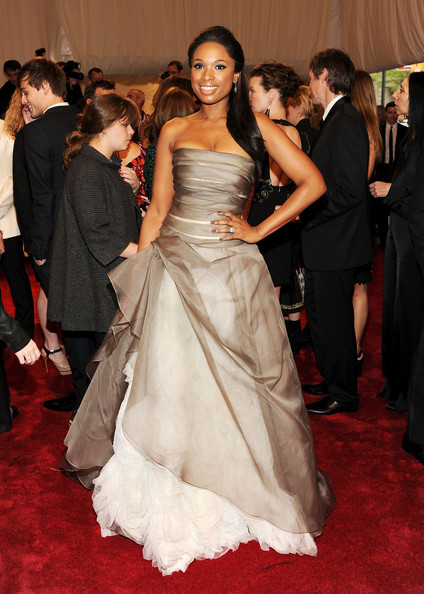 We like the top half and the color’s great on her, but we’re not all that crazy about the “look at my crinolines” skirt. 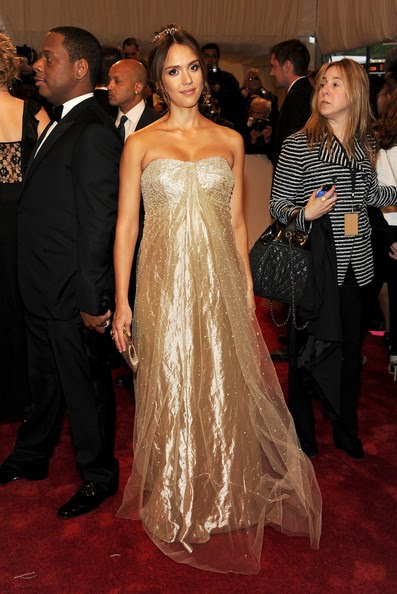 Jesus Christ, could you lighten the hell up just once? 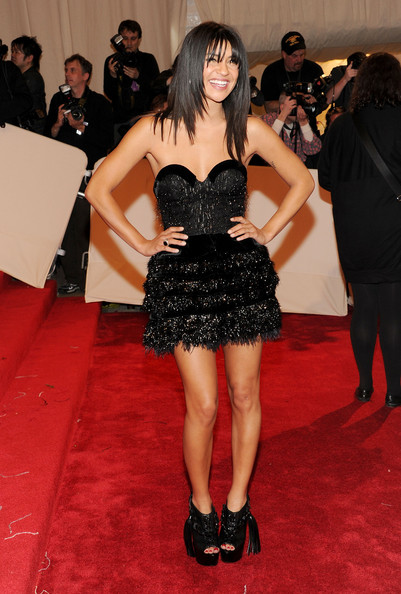 Kittens, we are BESIDE OURSELVES over this whole Topshop thing. There’s a time and a place for Topshop (presumably), but the Met Gala is NOT it. Sorry. Any Topshop dress is going to look like crap standing next to dresses worth thousands, if not tens of thousands of dollars. In addition, a cocktail dress is inappropriate and those shoes are ugly. They really need to hire us as the style bouncers, because we would have met her at the door and told her to get back in her limo. 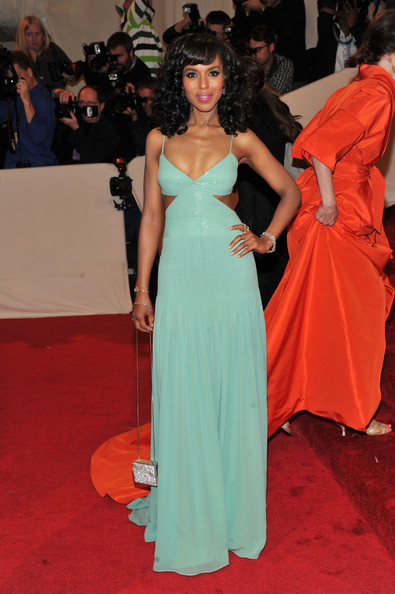 It’s an absolutely  gorgeous color on her, but we would have liked it a lot more without so much skin showing on the sides. A little too Miami for the Met Gala. That some mighty pink lipstick. 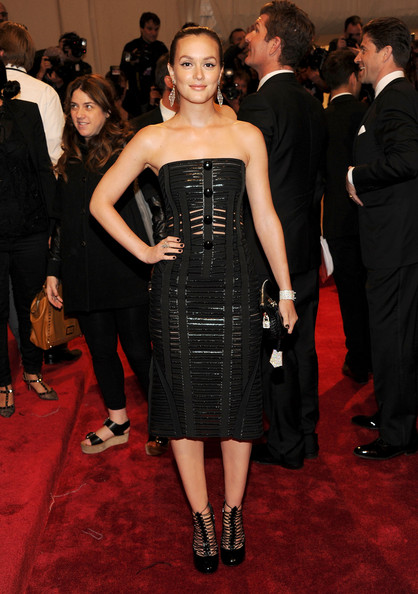 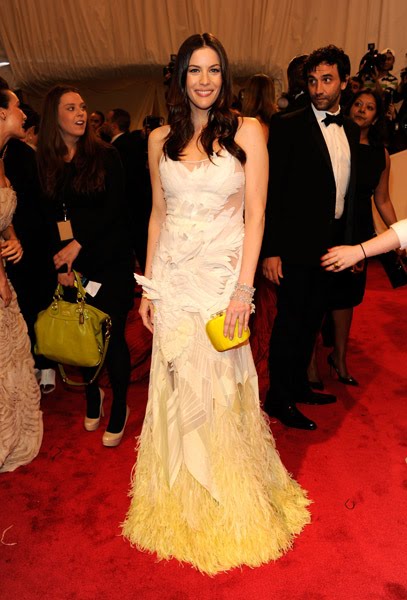 It’s definitely one of the most talked-about dresses of the night, so brava on that one, dear. We like it. It’s a little crazy, sure. But to us, that’s the point. It has a uniquely beautiful, dream-like quality to it. 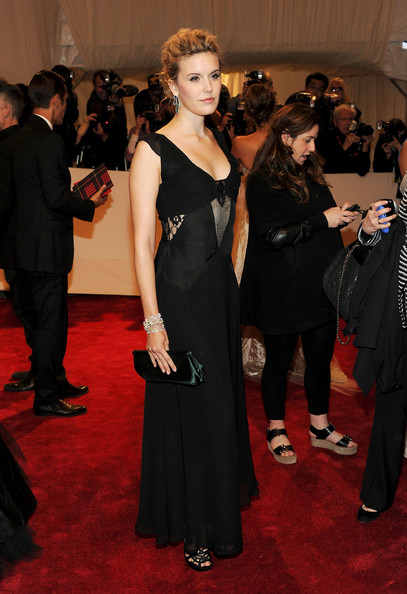 She’s making that dress look prettier than it is. It all gets a little complicated and lingerie-like on her torso. One or two too many elements. Still, it keeps it from being boring. 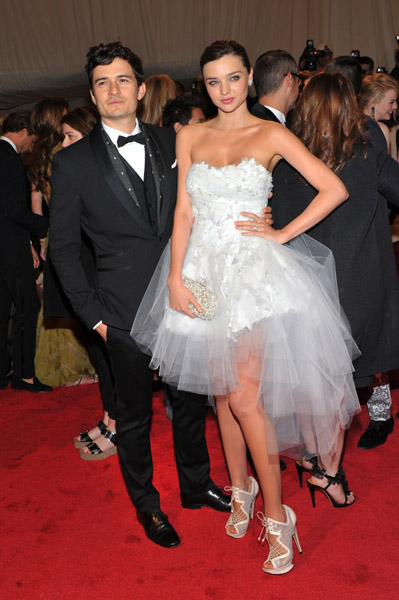 Enh. Too short and a little too bridal in tone. 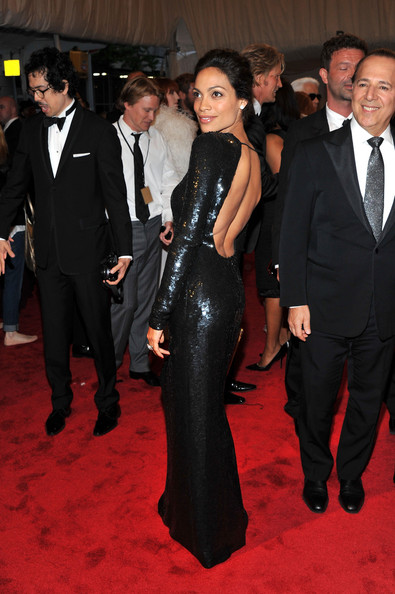 You have to admit, she was born to wear that dress. 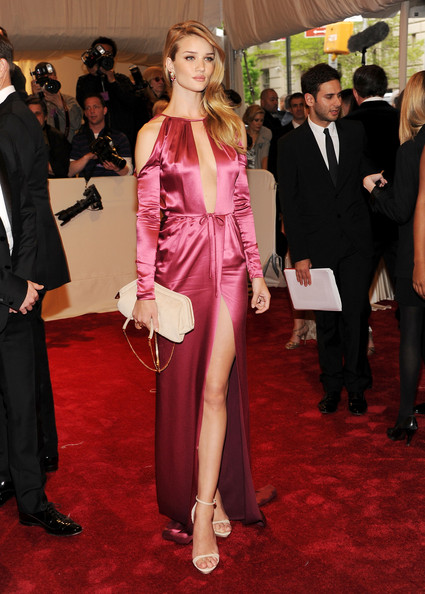 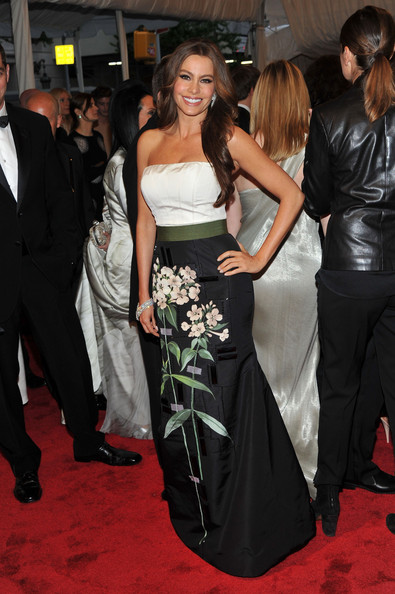 We weren’t at all crazy about this botanical-print-inspired collection when it came out, but we have to admit, this looks great on her. It’s nice to see her showing off her curves without going too va-va-voom, like she normally does. 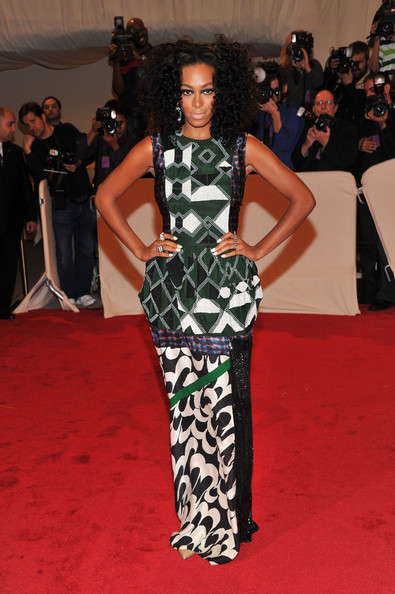 ATTENTION, EARTHLINGS. THE HARVESTING OF YOUR RESOURCES WILL BEGIN IMMEDIATELY. DO NOT RESIST THE SOLANGE.