Darlings, that may just be the most eclectic collage Lorenzo’s ever put together for a red carpet rundown post. But the Venice Film Festival probably has some of the most eclectic A-list red carpets on the calendar, so we can’t say we’re all that surprised. Let’s judge a little, yes? 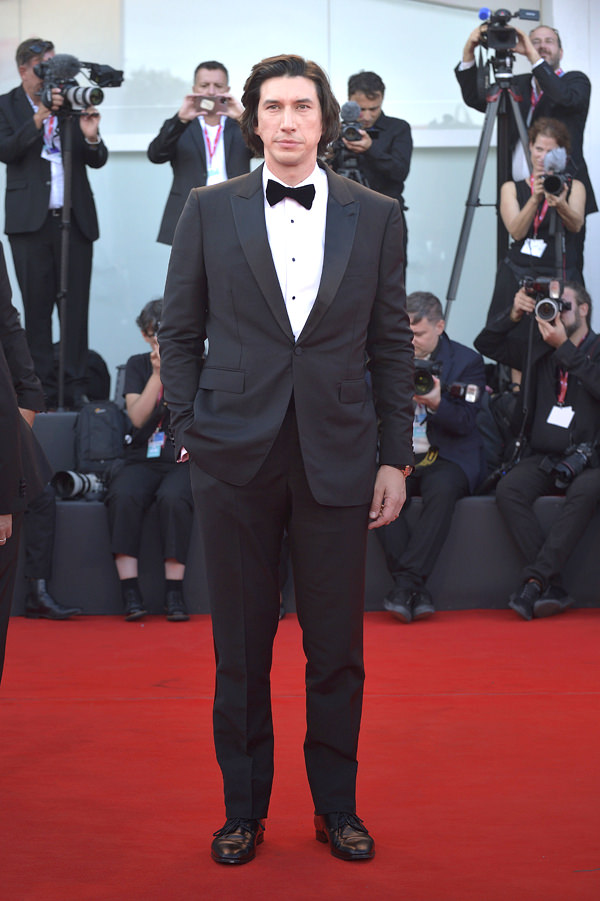 We don’t know how to say this without sounding mean, but he makes clothes look boring. Not that this is an exciting style nor do we think he’s incapable of looking good in fashion. On the contrary; he’s got the looks and build to pull off a lot, not least of all the classic tuxedo. We tend to think he loathes this side of the job so much that it projects outward, making his clothes look awkward when they’re really not. Oh, please. Like we’re going to critique this goddess? A classic wearing a classic. No notes, only slight bows of respect. It’s like we always say, if you’re going to wear a plain black dress, make it an interesting plain black dress. We love this on her. It’s witchy and a little judicial in tone but the styling, especially the jewelry, really makes the look. 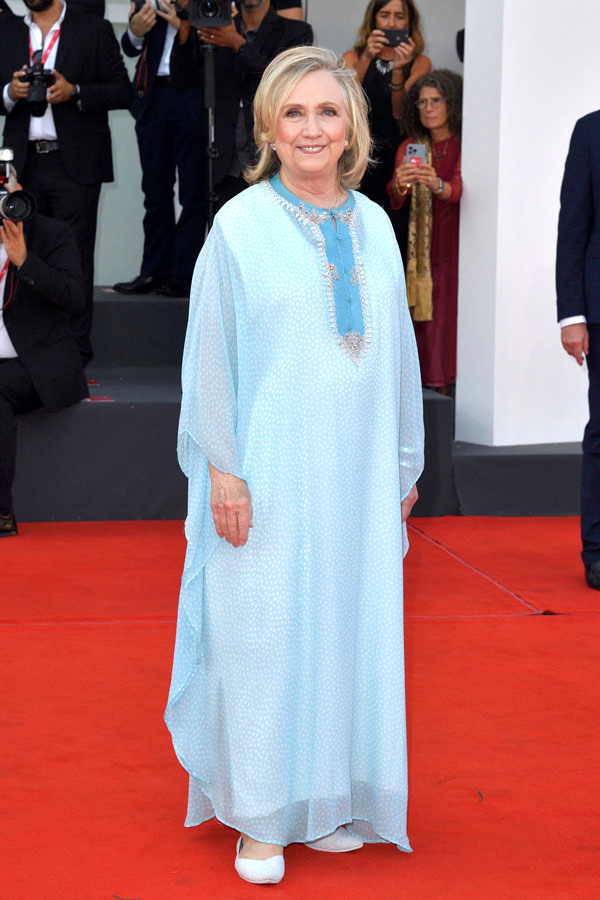 People have made fun of her love of caftans for a long time. To be fair, people will make fun of anything she does or wears. And to be even more fair, we recall one or two that were fairly questionable, but we’ve always thought it was something of a hoot that she’s a caftan gal. We can’t think of one national female political figure who loves them as much as she does, except if you count the brief period when Elizabeth Taylor was a political wife. Having said that, this one gets a little nightgowny, which isn’t helped by the hospital slippers. We’re all for a lady opting for a comfy shoe, but something satin or embroidered would’ve helped a lot down there. She looks like she’s waiting for the music to start so she can begin her routine. That’s a really cool effect on the jacket. We maintain our stance that despite or perhaps because of his devastating good looks, he is not particularly adept at the whole fashion thing. This is fine, though. Nice watch.