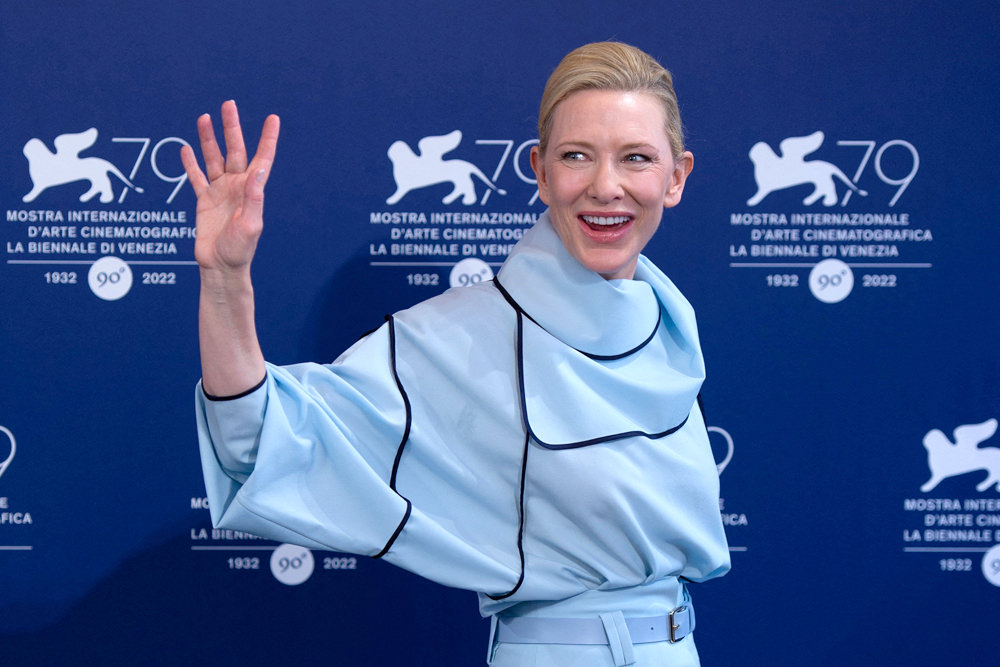 Well, we did say “uniquely,” did we not? We love this, although we can say who some might find the insane pleating on the pants to be just a bit much. Or perhaps you have an issue with the weirdly high and oddly bulky waist. Or maybe you find the all-one-color aspect to be dull. It’s possible that the slight mismatch on the belt is causing your eyelids twitch or perhaps you are stuck thinking of Boy Scout neckerchiefs. We wouldn’t blame you for focusing on any of these things, nor would we attempt to argue or debate them. Nonetheless, we still love this. Such is the power of Good Lady Cate. She is made of wonders.