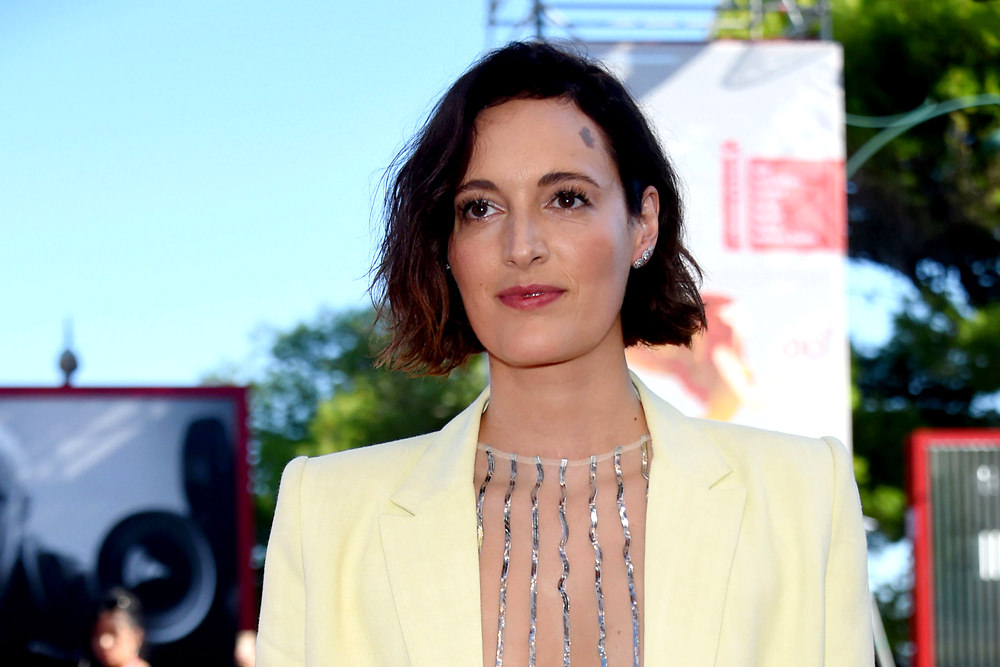 Once, when we were gushing about Fleabag star/writer Phoebe Waller-Bridge, we called her “innately chic.” For us, that means that she almost always looks chic, no matter what she’s wearing, but it also means that she has a good eye for what works for her. We like to think this look makes our point for us, although we do have one rare complaint. It’s a gorgeous suit that works really well with her coloring when we think it would wash out so many others. You’ve got to have a certain confidence and attitude to pull off a sheer top like that with ease and we think she manages it nicely. It’s a great look. We just wish the pants weren’t puddling around her feet. Sometimes you can argue that the pants were intended to be worn that way, but we think the look book version below has a much more elegant effect with the foot visible.