On the one hand, we feel a little bad that we’ve been bestowing more attention on his co-stars Chris Evans, Ryan Gosling and Ana de Armas during the promo tour for The Gray Man than we have on Regé-Jean Page. On the other hand, we feel like this is an opportunity for him to learn something about walking red carpets with A-List movie stars; something he needs to learn quickly, since he is well on his way to becoming one himself. Don’t show up wearing something boring when you’ve got co-stars who know how to suck up all the attention in the room. We’re just saying. He’s gorgeous, but he rarely executes fashion as well as he could, given what he’s working with (bone structure for days and access to high-end menswear). What’s strange to us is that he does tend to settle on pieces that have a little something unexpected to them, like the texture on this suit… 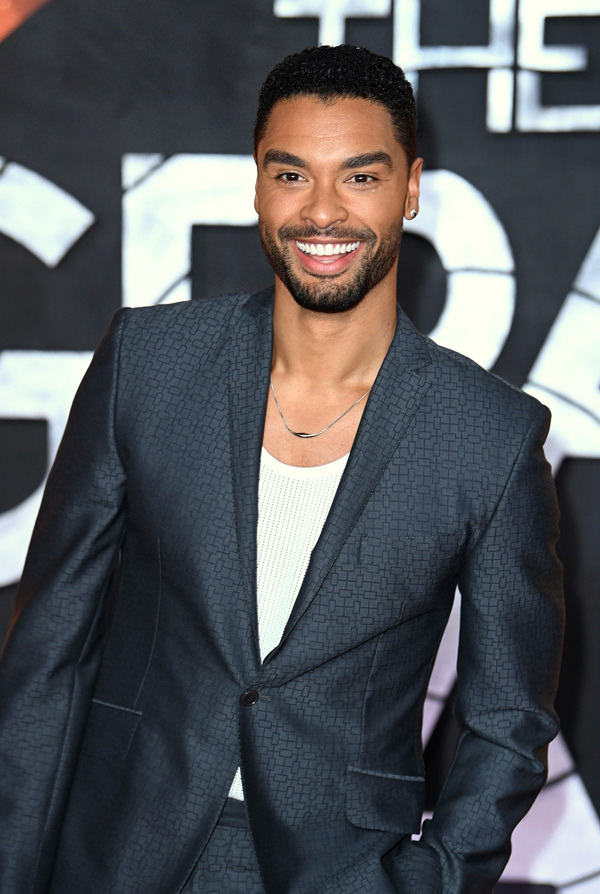 … or the flare of those pants. But in both cases, the effect isn’t really doing much for him. They don’t help him stand out and we don’t think either suit flatters him or plays to his strengths. If you want people to keep talking about you as a possible James Bond, we think a stepping up is in order here. Put more bluntly: he’s too beautiful to be dressing this blandly goofy.