Peter Sarsgaard and Maggie Gyllenhaal at HBO’s THE SURVIVOR Premiere America’s favorite snooty nsloppy couple is back. Not that they ever went away. And to be fair, she’s not sloppy at all. We just liked that opener. 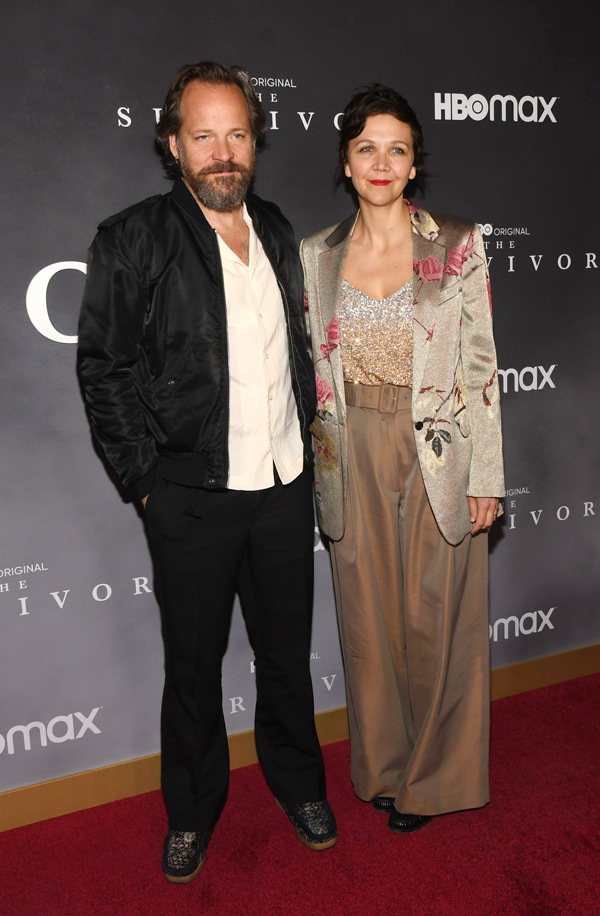 You’d never know she was there to support him for his film premiere. We get that he’s not into the whole red carpet thing, and a New York screening for an HBO movie isn’t exactly Cannes, but even so. Why’s he always gotta look like he’s running out for a pack of smokes? Her outfit’s pretty great, but it would look equally as great on a 95-year-old, which kind of automatically makes it not entirely great for her.