Home » Television » Sarah Jessica Parker on the Set of “And...

Sarah Jessica Parker on the Set of “And Just Like That,” Looking Recognizably Carrie Again 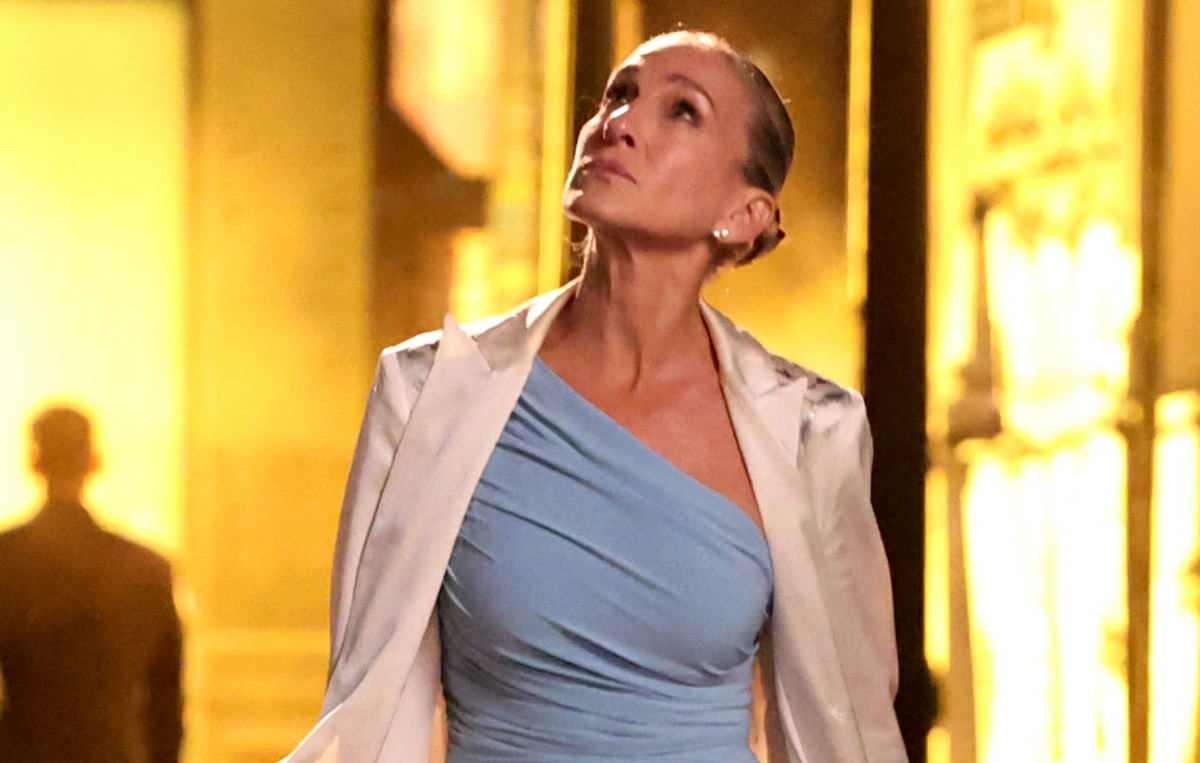 Sarah Jessica Parker is back to serving up her best Carrie Bradshaw on the Sex and the City reboot, and if you’ve noticed that her costumes seem to vary wildly, ranging from classic Carrie looks to things she’d rather have died than worn in public, you’re not alone. We have a theory. Or rather, we heard a rumor. This is great. It looks exactly what we would expect a Carrie in her mid-fifties to be wearing. It’s the epitome of that aging party girl/socialite style and it honestly looks pretty great on her. The bag doesn’t go at all, but we sort of expect that to be the case when it comes to Carrie’s style. As for the broad range of Carrie styles on display during this shoot, we heard from someone who might be in the know that several of the outfits we’ve been reporting on were decoy looks that won’t appear in the show, either to throw people off or to generate buzz. That may seem like a lot of expense and hassle, but if it’s true, it undoubtedly paid off – and it definitely explains things like the fast fashion dress or the underskirt.