A salute to the weirdos of the Met Gala red carpet, darlings! We are firm in our oft-stated stance that crazy fashion isn’t necessarily the point of the Met Gala, but we do feel a bit let down when there isn’t enough of it on display. It’s definitely the one date on the celebrity calendar that practically begs them to loosen up and be a little more creative about how they present themselves. Let’s hear it for these outside-the-boxers! But let’s also judge them a little, as is our custom in these lands. 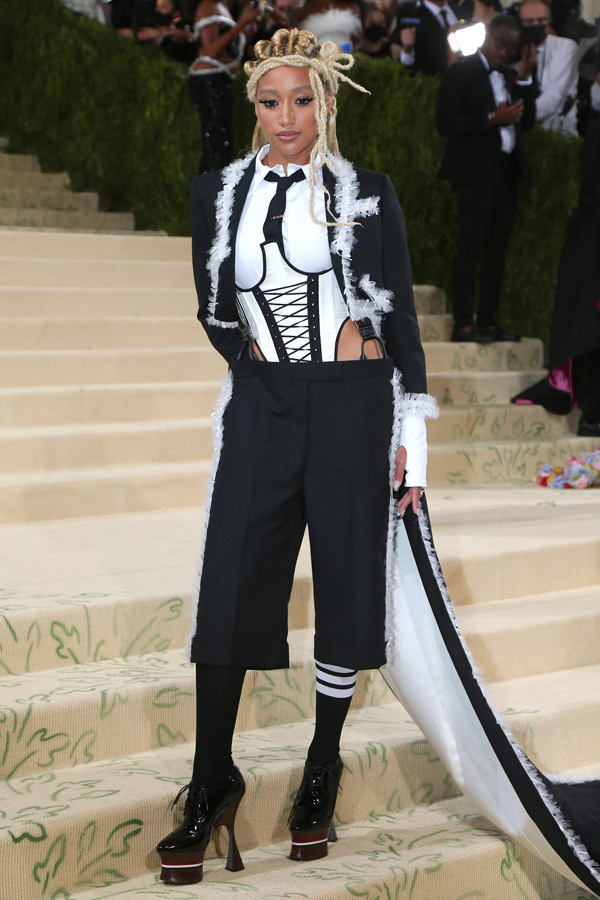 We hate to say it, because we love Thom Browne and we’ve loved most of his wares on this red carpet, but this feels more than a bit overdesigned. We’re thinking the hair and the shoes can stay, but either the corset or the train has to go. Still kudos to Amandla for keeping it weird. 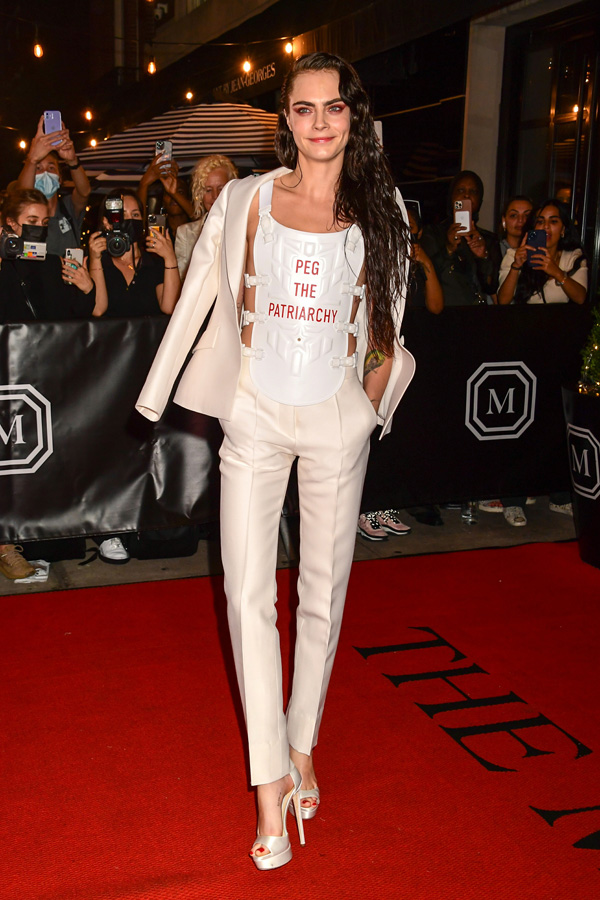 It may have been a bit overshadowed by AOC’s message fashion, but there’s no denying it was one of the more discussed looks of the night. Maybe it was the message, but we think the medium helped. That’s a gorgeous suit. We love this. No, really. She’s practically the avatar of goofy, forward-looking fashion, which makes her just about the best person in the world to model this. She looks like she’s heading to a dance party on a space ship and that is, we think, entirely the point of it. She told the press that she wanted something inspired by Dune and that her sword was made from melted down handguns, which seems like a whole lot for one look, but that’s fairly on-brand for her. Disparate motifs and inspirations aside. the gown is stunning and the smoke effect on the bottom really makes it. Unusual facial decorations or makeup has kind of been her thing for a while now. The top and skirt are gorgeous and didn’t necessarily need the offbeat styling to work, but she does have a knack for taking things to the next level. They look like some sort of otherworldly spiritual figure who just happens to be really stylish. The coat is gorgeous, but we wish the shorts didn’t look so diapery. 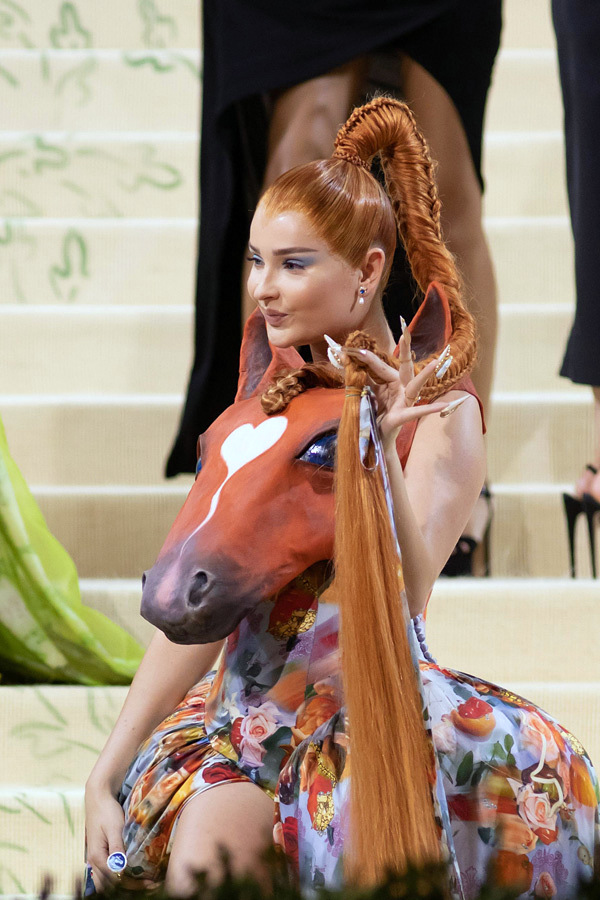 Look, if Kim Petras wants to salute the American Horse Girl by wearing a horse head, we say “Attagirl.” It’s weird as fuck but we love how committed she is to it. Strangely, the counterintuitive floral makes it all a bit more interesting. No idea what she or the designer were going for here. It just feels like a mish-mash of elements with no overall vision or coherence to it. We know the embellishments are all vintage items and that Bode is big on upcycled fashion, but the actual design is underwhelming. We called this “Victorian Goth Trapeze Artist” on Twitter and we stand by it. We don’t love the design as much as we love the styling. We wish we could say we love this, because she has said that it took inspiration from her own heritages, but there’s way too much going on and we’re afraid the hair and makeup aren’t helping the look at all. The textiles are gorgeous. We just wish they’d been used and styled with a bit more care.