On just about anyone we can think of, showing up to the Met Gala working what the fashion press dubbed a form of Marilyn drag would be considered a boring of not outright lame choice. But because this is Billie Eilish and because this isn’t too literal in its homage, we have to say… 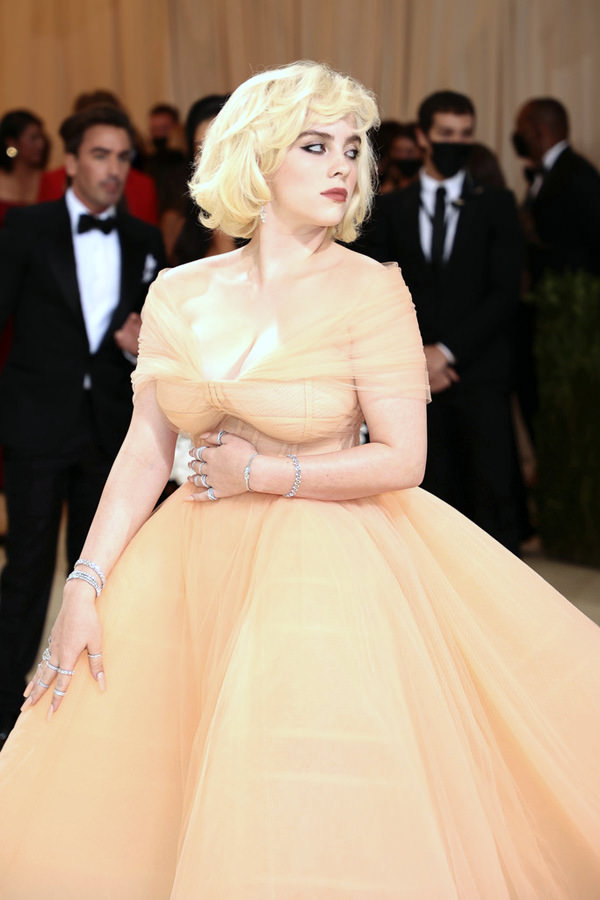 It took our breath away for a second. It’s not just that it’s sexy and old-school feminine (which can be jarring coming from her, given her usual style preferences), but for such a classic old style, it comes off so dramatic. To us she looked less Marilyn and more “1950s beauty pageant queen.” We don’t think that pale peach was necessarily well-served by the color of the carpet, nor do we think it’s the best color for her, but she looks so floaty and soft, like a fairy queen or something. The design is pushed just far enough to take it away from the practical or expected and into the realm of fantasy. It’s not our favorite look of the night, but we’d probably call it the most pleasant surprise. She was a co-chair this year and we had no idea what to expect, but she definitely outdid our expectations.