In the final of three covers for W Magazine Volume 2 The Directors Issue, on stands April 6th, Academy Award nominated director, Emerald Fennell, directs herself as a woman wearing a fur-trimmed robe and long gloves who is simultaneously fascinating and frightening, eccentric and diabolical, and haunting her own house. She is a character Fennell both created and embodied for the shoot, somewhat mirroring the mood of her feature directorial debut and Academy Award nominated film, ‘Promising Young Woman.’ 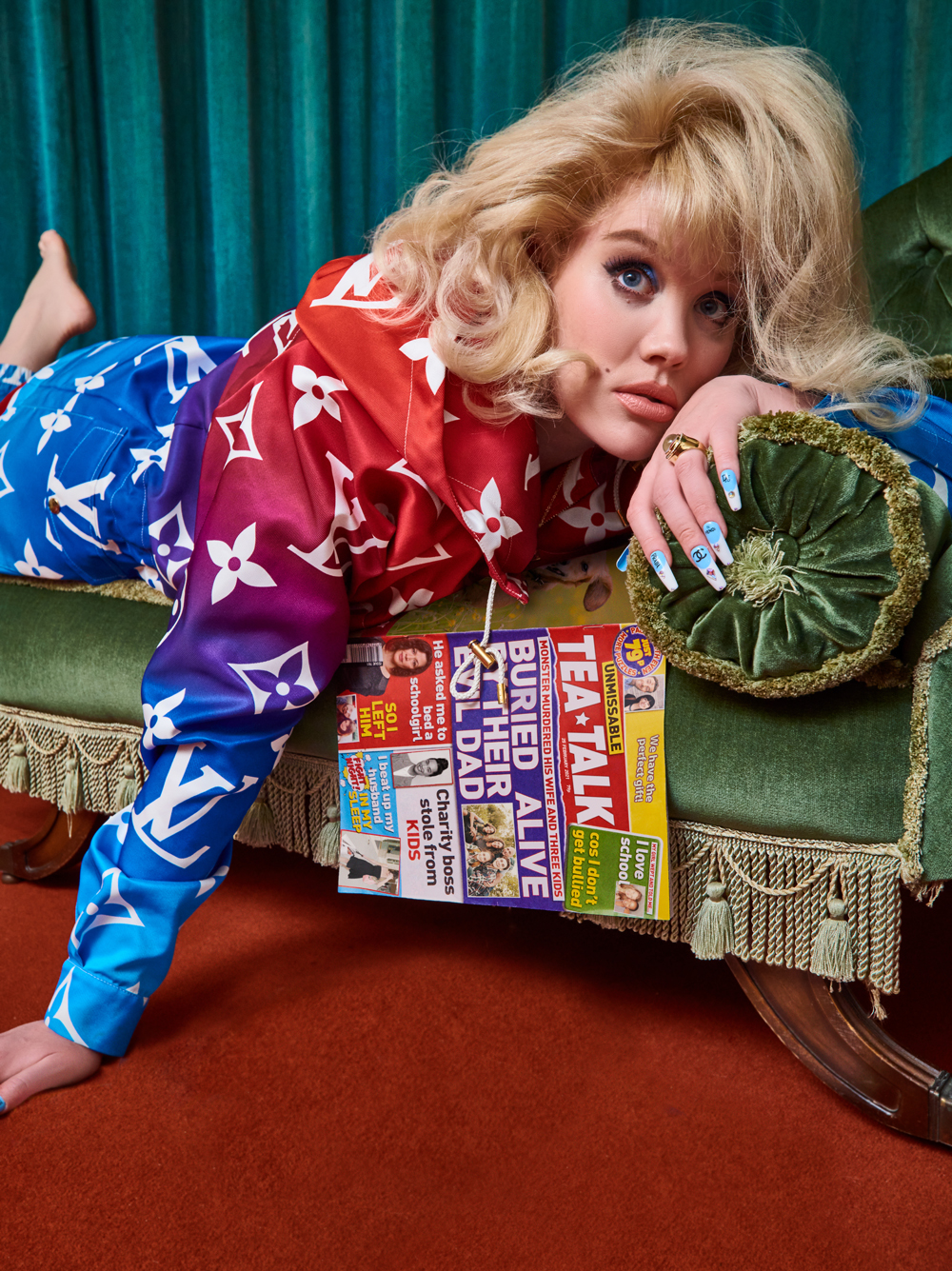 Emerald Fennell on inspiration for the character she created for the Issue: “She could be eccentric and diabolical. I wanted her to be simultaneously fascinating and frightening: a desperate housewife with nowhere to go; her whole existence has become an occasion to impress the Amazon deliveryman. Judging from her appearance, assumptions will be made. Is she a perv? Or a voyeur? Or just a person with malevolent intentions? Maybe she’s just a loser. A female loser is still ignored by the world. And that intrigues me.”

Emerald Fennell discusses the questions of humanity explored in Promising Young Woman: “Everybody thinks they’re a good person. My question for Promising Young Woman was, what do you do if normal, ‘good’ people are doing bad things? Most movie villains are sociopaths, and while sociopaths are fascinating outliers, most bad acts are committed by people who truly believe they are good.”

Emerald Fennell potential financiers of Promising Young Woman reacting to the film’s lead character, Cassie (played by Carey Mulligan): “They’d say, ‘Oh, she’s the psycho!’ And I’d have to explain that heroes can be complex and flawed. I always described the film as a ‘poison popcorn movie’—captivating, but there’s definitely a twist.”

Emerald Fennell on shooting Promising Young Woman while seven months pregnant: “I couldn’t travel, and I happened to be in L.A., but we were adamant that the film be universal and look like it could have been shot anywhere. I didn’t want to see any palm trees.”