“Coming 2 America” star KiKi Layne is featured on L’Officiel’s new cover, and in the interview, she talks about defying boundaries and representing Black women and creators in Hollywood. 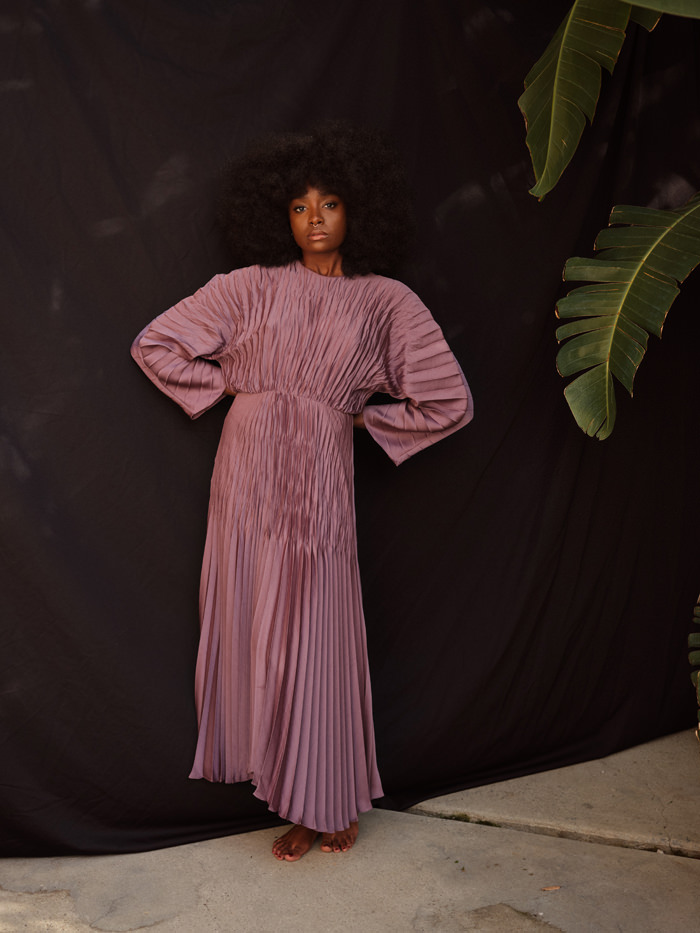 On her leading role in the upcoming Disney reimagining of Rescue Rangers: “I imagine what that would have meant for me to see that, among all these animated characters, the one human being that’s the star looks like me,” she says. “That’s what I push for. When I’m looking for projects, I always carry this idea of What does this represent to the little Black girl that still lives in me?”

On working with Oscar-winning costume designer Ruth E. Carter: “I mean, it was insane from the first conversation that I had with Ruth.” She praises Carter for just “getting” the character of Meeka in Coming 2 America. “You see that break from tradition,” she explains. “Some of Meeka’s nose jewelry, her chains, all that stuff. These unique cuts. It was beautiful storytelling.”

“Just getting to play an African princess was already amazing,” Layne tells L’Officiel about her role in Coming 2 America. “But Meeka also has so much strength and integrity. She gets to kick some ass. Just representing another strong Black woman on screen, representing Black royalty and beauty and excellence—I was so drawn to that.”

Previous post:
“The Falcon and the Winter Soldier” Is Not What We Expected Next Post:
WERQ From Home: Mindy Kaling in LaPointe and Andrew Gn